NASCAR Cup Series to Circuit of the Americas, All-Star Race to Texas 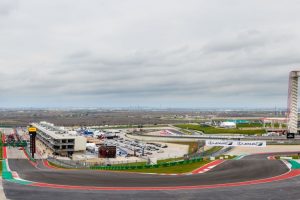 According to The Athletic, the NASCAR Cup Series will compete at the Circuit of the Americas in Austin, Texas in 2021 with the All-Star Race moving to Texas Motor Speedway.

The date for the Circuit of the Americas would come from one of the two points races currently held by the intermediate track in Fort Worth.

NASCAR has not confirmed the report and Circuit of the Americas CEO Bobby Epstein declined to comment.

Circuit of the Americas is a 3.426-mile, 20-turn road course that opened in 2012 with a Formula 1 date. It began hosting the IndyCar Series in 2019. It has also hosted World Endurance Championship, V8 Supercars and various sports car divisions.

It’s a continuation of the promised schedule shake-up by NASCAR executives who have already confirmed a new event at Nashville Superspeedway for June 21, 2021. The two-mile Auto Club Speedway in Fontana, California is scheduled to be repurposed as a half-mile short track in time for the 2022 season.

A NASCAR event has never taken place on Circuit of the Americas but Tony Stewart praised the layout for stock cars following a demonstration run alongside the HaasF1 drivers last fall.

Texas Motor Speedway opened in 1997 and has hosted two Cup Series races every year since 2005.

All three facilities are owned by Speedway Motorsports Inc., including Atlanta Motor Speedway, which hosted the 1986 All-Star Race.

The Athletic also reported the All-Star Race moving to a date later in the year as opposed to its traditional spot a week before the Coca-Cola 600 at Charlotte on Memorial Day weekend.