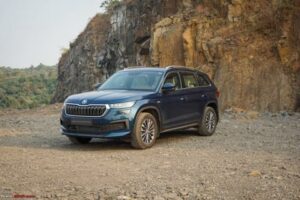 BHPian adi_petrolhead recently shared this with other enthusiasts.

Reported all the issues I had listed down here before, only two of them got a resolution, the interior LED light for the third row has been ordered under warranty as the switch is stuck in off position, and the passenger side front door rattle was narrowed down to the panel that houses the passenger airbag on/off switch. The cover was opened and lined with felt tape. I can still hear it over extremely bad patches but not on good roads. Headlight vibration issue required to be raised to HQ via query and for that they need the car for a day. Left it for now, and the steering wheel creak required to open the airbag cover and airbag, would take a lot of time and patience. It was lunch time and I decided to get that checked later when I go for the LED interior light replacement. So the front cover under the engine now has this dual flap design which I wasn’t aware of. There are a total of 14 screws and bolts to get the cover off. I think there were 6-8 on the Octy. 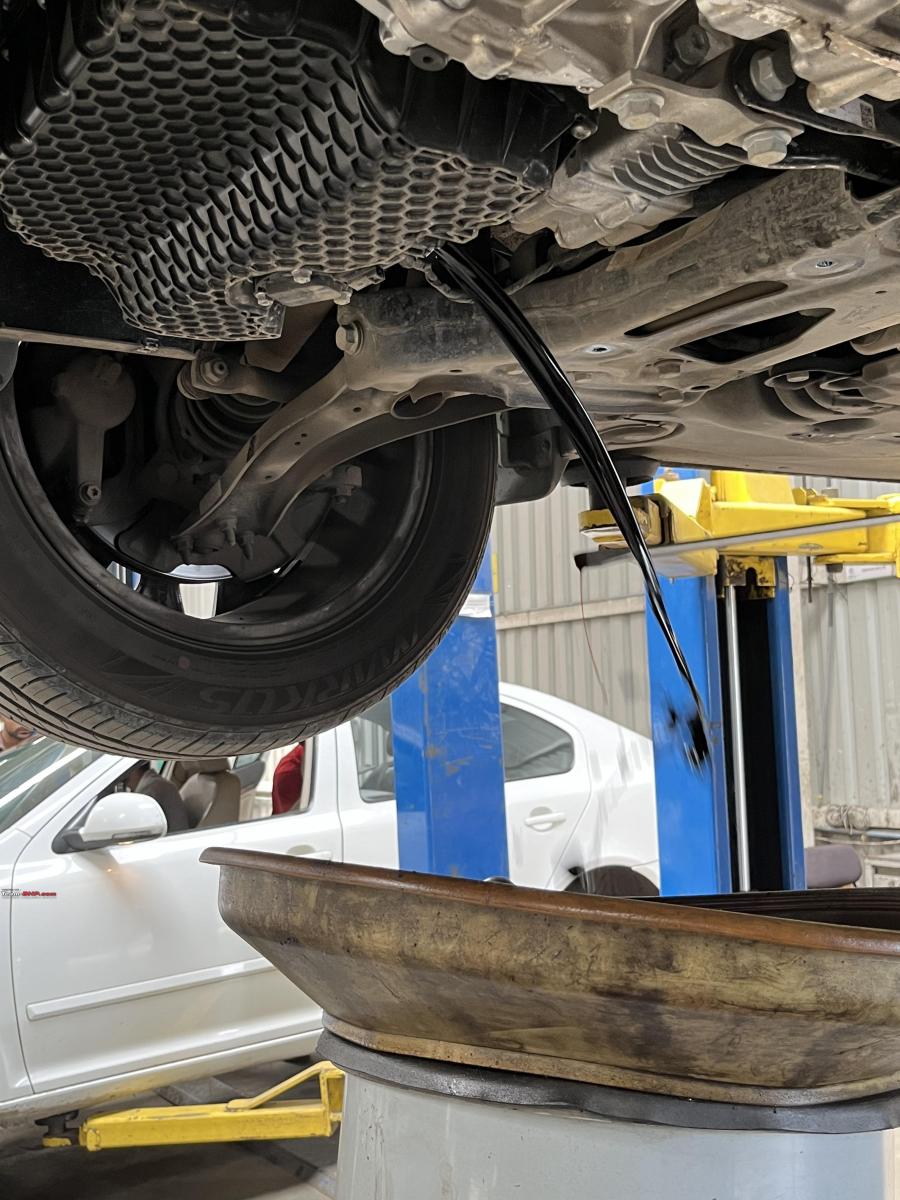 So happy they’ve again shifted to 1L cans for the engine oil instead of filling in a jar from a drum previously. Grade is also new, VW Longlife IV FE 0W-20 and is oriented towards better fuel efficiency. Marketing gimmick? 5.7 litres went in, billed the same amount. Already have a 1L can in the boot from delivery day.

Discussed the gearbox noise issues, slight gruffness, lead tech said Superb B8 and Kodiaq TSI both make the same kind of noise / transmission clangs and other bits. It’s inherent to the design of the gearbox, but the more I drive it, more robust it feels. Sounds / noises / rattles aside, it’s a good car under 50 lakh I’d say. It won’t take home any trophies for best feature loaded SUV or best off-road SUV, it’s a good sized car with a higher GC, and precise maneuverability. It’s not meant to compete with the Fortuner and Meridian. Only competition might be the Tiguan and the Tucson but again petrol buyers are not liking the latter that much, Tiguan has better appeal too. It’s a good opening pair from the VW stable. Das Autos are Simply Clever.