My 2-month-old Harrier suffering multiple issues, with no fix in sight! 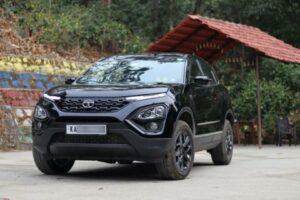 Rather surprised & disappointed that, a full 3+ years since launch, Tata has still not sorted out the issues & niggles with the Harrier?

BHPian sage_sandman recently shared this with other enthusiasts.

Folks, I have been posting on Team-BHP with my honest experiences with Tata Motors ASC and the plight of the customers.

I have been having issues with my newly bought Tata Harrier. Initially, I had wind noise entering the cabin. The ASC took a couple of days to find out the problem, and later zeroed in on the faulty sun roof beading. They did order the part and replaced after which the issue is resolved.

During the first free service, I complained about the following (major items)

ASC addressed only issue 1) which I am yet to check thoroughly. They kept the vehicle for 2 days and delivered the car back to me without fixing 2) 3) and 4). Here is my experience with them on the points mentioned above.

On #2), there are tons of articles on the internet, and hundreds of videos on youtube where Harrier and Safari owners are facing this problem. That said, ASC is reluctant to accept the issue and put some serious head into resolving it. The immediate reaction whenever this is discussed is that “Sir, this is common in large SUVs”. On insisting, they did the wheel balancing and wheel alignment in ASC and gave me the report (attaching it) but that did very little in resolving the left-pulling issue. The issue still persists. There are some talks on internet forums and telegram forums about two other things that might help to resolve the issue.. One is steering calibration and the other is some toe adjustment using a specialised tool which only quite a few ASC seem to have across the country. At least, the ASC I am referring to doesn’t seem to have any clue on this.

On #3), again, ASC denied accepting the problem. The mentioned it is common and is seen in all vehicles which I refuse to believe.

All in all, Tata Motors should tighten the bolts on the quality checks they do. In my opinion, the company has failed in putting out a vehicle that is free from these niggles. Adding to the pain, any issue brought to the notice of the ASC, will take several days to zero in and fix the problem. It takes longer if a part has to be ordered (it comes from Pune).

If you have experienced any of these issues and come across some proven solutions, I would request you to share them here so that others are benefited. Here’s what GTO had to say on the matter:

Rather surprised & disappointed that, a full 3+ years since launch, Tata has still not sorted out the issues & niggles with the Harrier? I remember our test-drive demo being full of issues (including build inconsistencies). What’s worse is, this & the Safari are their flagship products but appear to be built more inconsistently than some of their cheaper cars like the Altroz or Nexon.

Most of the problems you listed are relatively minor in nature though. Work patiently with the ASC and solve them. Change the dealer if unhappy with the current one. And yes, be sure to get that extended warranty.

Here’s what BHPian audioholic had to say on the matter:

Except for my SX4 Camber issue due to an accident which obviously didn’t get sorted out, I have never had pulling issues in any of my vehicles so far and the alignment has always been first-time right?

But one observation is that the camber and caster angles are very off for a new vehicle. That could be the reason for the pull. Hopefully, they are adjustable in your car, else this is disgusting of Tata to have such an imbalance on both sides for a car that has done 2.5k km. My SX4 after getting the front wheel hit by an Indica had a 1-degree deviation in camber JFYR.

In the case of the Harrier twins often the problem is that it’s too late to fix it completely. The wheels are misaligned from the factory due to whatever reason. Once these tyres are run for a few thousand km, they are unevenly worn. Even the most experienced alignment shop is going to struggle with it, they would like to ask the customer to replace the tire to completely resolve the problem but they cannot.

Here’s what BHPian Asoon had to say on the matter:

It’s super disappointing when you spend 20L+, and there is no peace of mind, all the issues you mention are the ones which one generally expects or looks for when he is getting a 2-4 year used car

Their direction is good (safety / EV) and their product strategy is good, but the build quality is disappointing. This has been TATA’s story and I do not know why this is not their priority,

Safari Storme, Hexa, Aria all of them had ever-lasting niggles. I fear buying a TATA and recommend only this to my friends interested in 10L+ Tata Cars (if you are lucky then everything will be good but if you land up with a car with issues then you will suffer for the entire ownership period)