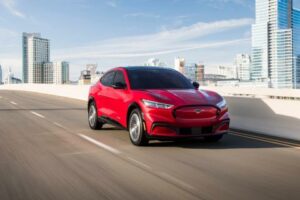 A new survey shows that 57% of people will consider shifting to EVs if fuel prices cross $5 per gallon.

With fuel prices increasing ever so steadily, it makes sense to shift to electric vehicles. However, with EVs still facing their own set of problems like charging infrastructure and range anxiety, many customers still seem to be on the fence.

A recent survey in the USA confirmed that if the fuel prices continue to increase at the current rate it could lead to faster adoption of EVs.

However, the survey more specifically asked its participants as to what the price point would be, post which they would become more willing to consider purchasing EVs.

According to the results, 26% of the participants agreed to $4 per gallon of fuel being the cut off price. This number though doubled to 57% when fuel prices were increased to $5 per gallon.

The survey also stated that the rising fuel prices would be especially influential on people who are already considering the purchase of an electric vehicle. A separate graph showed that 54% of participants who are ‘on-the-fence’ would own an EV in the next decade if the fuel prices were to reach $5 per gallon.

Prices of both petrol and diesel in the USA are currently a little over $3 per gallon.