Modified Supercars and Sportcars in India 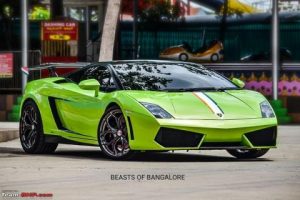 But there are a few who like to customise their cars for even more exclusivity, and sometimes to make them faster in a straight line / on a race track.

Sports cars and supercars are very exclusive in India. But there are a few who like to customise their cars for even more exclusivity, and sometimes to make them faster in a straight line / on a race track.

Modifications could include bodykits, parts like rear wings, new exhaust systems, after market alloy wheels and even upgrades to the engine and suspension. Many supercars and sports cars in the country also get unique custom wraps.

Here are a few modified sports cars and supercars in India. This AMS-tuned GT-R is one of the fastest and most powerful ones in the country. It is said to produce a whopping 1,750 BHP!!! The car belongs to the Poonawalla collection. `This green Lamborghini Gallardo ISS was stock for most part of its life. The car was brought as a used buy to Bangalore and after a few years, got a DMC kit, HRE wheels and a Fi exhaust. Sadly, soon after, the car crashed. This Huracan used to belong to the Bren garage. The objective was to make a stock regular Huracan special. The car was initially finished in yellow, and later received the Vorsteiner Novara body kit. Now, it also wears a grey wrap. It’s also has a Novitec Inconel Race Exhaust and a Carbon engine hood. It also lost its rear bumper for a while. Now, it has been sold to someone in Chennai. This Mansory-kitted Lamborghini Aventador is said to be one of the most powerful Aventadors in the country. It also has a flame-spitting Capristo exhaust system adding to the drama! This 911, called Lola, has red decals, red wheels, a Sharkwerks exhaust system and a Gemballa rear wing. The car took part in the Modball rally in 2017. While it looks like any other Gallardo on the outside, under its bonnet, lurks a monster. It has a twin-turbo V10 engine that is said to be putting out a mammoth 1,650 BHP! This supercar, belonging to Gautam Singhania. When you wanted an SV but got a normal Aventador! This Lambo got an SV body kit with loads of carbon parts including a carbon hood. It is now finished in purple with white wheels. This 911 was wrapped for the 2018 Gumball 3000 rally. The wrap was designed by D.A.D. The car also has Vorsteiner body parts, aftermarket wheels, rear wing and exhaust system. Ricer special? This Mustang from Ahmedabad gets scissor doors along with other modifications. This 911 Turbo S from Tamil Nadu is said to be one of the most powerful Porsches in India. It has a Stage 4 upgrade, upgraded turbo, intercooler, Y Pipe, IPD, Methanol injection, Inconel headers, Inconel DCAT and X pip, Carbon aero kit, upgraded brake pads and 20/21 inch wheels. It is claimed to be putting out a massive 950 BHP! There are a lot of Ford Mustangs with Shelby body kits in the country. Each one is different from the other in some way or the other. Here’s one from Mumbai. This CLA 45 AMG has a Capristo exhaust with a Milltek downpipe, AMS Alpha intercooler, Mishimoto air intake, a satin chrome wrap, carbon diffuser and carbon trim on the inside. It also has a nice rear wing. We’ve seen sports cars with widebody kits before, but here’s something different – a Jeep Grand Cherokee. This one is said to be the SRT variant, which means it has a massive V8 engine under the hood. This Mustang has been done by one of the most popular Ford Mustang tuners/modifiers. This supercharged Mustang has stage 2 parts and, ironically, a Shelby widebody kit. 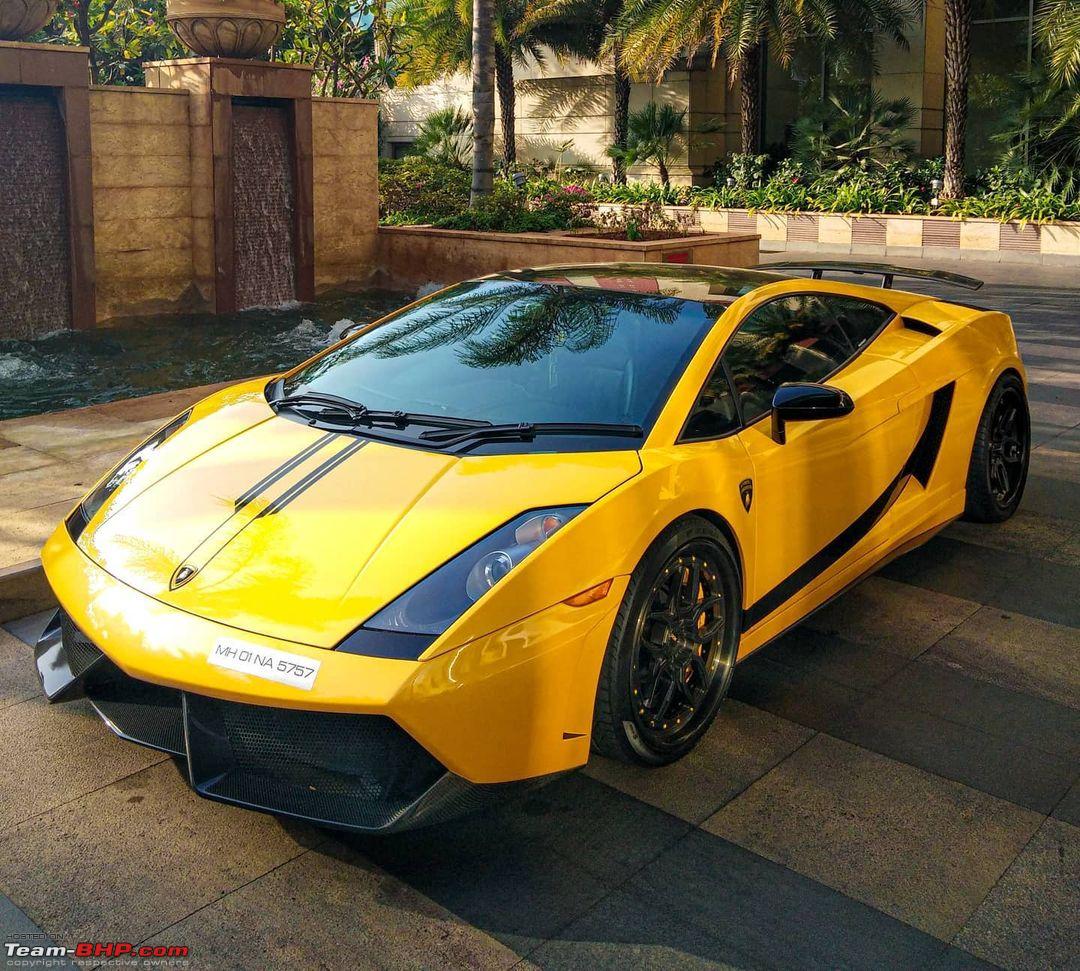 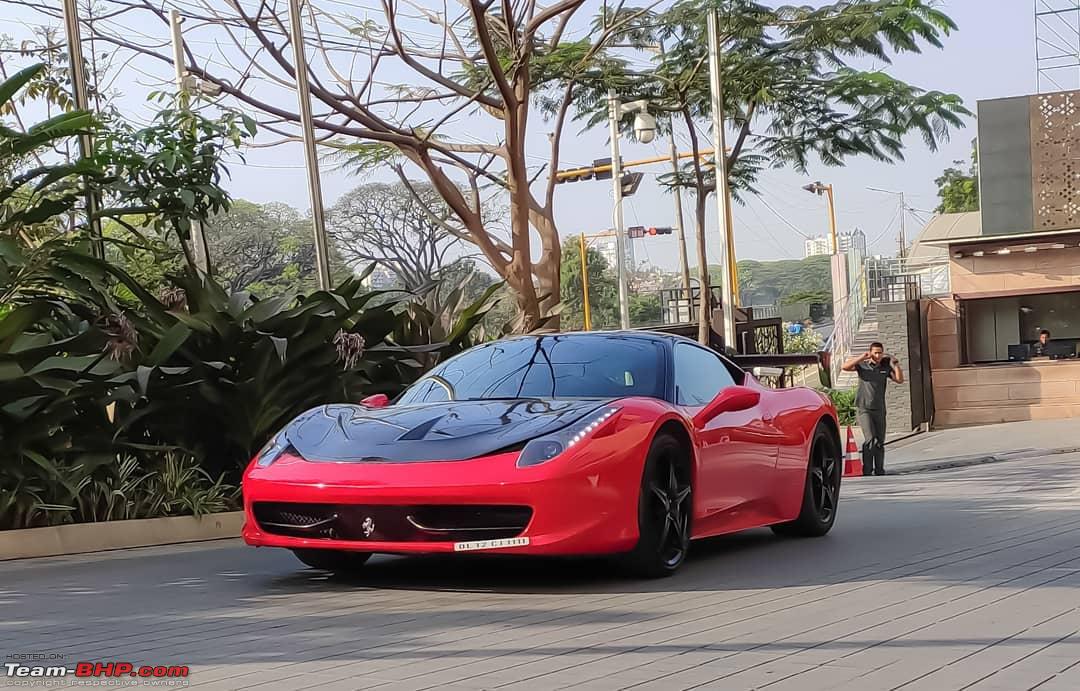 This Ferrari has a huge rear wing and a carbon-fibre hood. It had been in the news as it was stolen from the owner’s house. This M3 has a carbon-fibre bonnet and other body parts, Vorsteiner alloys, Brembo brakes, and aftermarket suspension and exhaust. This V10-powered BMW M6 is said to be one of the loudest cars in the country! It also has a massive rear wing. The G 63 AMG is one of the most popular performance SUVs in the market. There are many G 63s with Brabus kits in the country. Here’s a first-gen Brabus-tuned G 63 AMG. This R8, popularly called the Rai8, has a Regula body kit. It was earlier finished in white. This M4 with a huge rear wing. It is said to be one of the fastest M4s in the country, giving even Porsche 911 GT3s a run for their money around the Madras Motor Race Track. This 911 GT2 RS has been tuned by Manthey-Racing, making it one of the fastest track cars in the country. The GT2 RS MR lapped the Nurburgring circuit 7 seconds quicker than the standard GT2 RS. Motormind makes various body kits for Audi R8s and here’s one of their latest creations. This one is called the Croydon R8. This yellow Aventador has a DMC rear wing and a flame-spitting Capristo exhaust system. This GT-R, called Gojira, gets a bright, acid green paint job and a Fi exhaust system. Also called the Unity car, this GT3 RS gets an aftermarket exhaust and a wrap to spread the message of “Love breaking religious barriers”.

Check out the thread for modified versions of the following supercars and more: