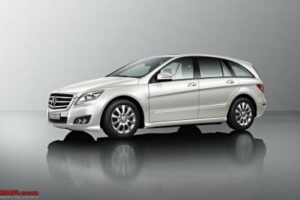 The move is part of a global recall announcement from Mercedes-Benz, affecting close to 1 million vehicles.

Mercedes-Benz is said to be recalling a total of 2,179 units of the GL, ML and R-Class models sold in the Indian market.

Owners of either the ML, GL or R-Class manufactured between October 2005 and January 2013, will be required to bring their vehicle for inspection.

The recall announcement is to inspect the vehicle’s brake booster for leakage and/or corrosion. According to Mercedes, the car would require increased brake pedal forces to decelerate, potentially translating to an increase in stopping distance. The carmaker has also stated that in rare cases or under hard braking, the entire brake system could fail. Owners of affected vehicles have been advised not to drive the car until the part has been inspected.

Mercedes-Benz India is said to be directly contacting vehicle owners and asking them to bring the car for inspection. Customers can also check if their vehicle is affected by visiting the company’s website.

The move is part of a global recall announcement from Mercedes-Benz, affecting close to 1 million vehicles.