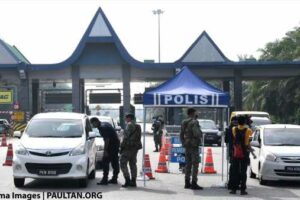 The government has announced that a movement control order (MCO) will be implemented for six districts in Selangor from May 6 to 17. The MCO replaces the conditional movement control order (CMCO) currently in place for the state, and covers the districts of Gombak, Hulu Langat, Klang, Kuala Langat, Petaling and Sepang. Hulu Selangor, Kuala Selangor and Sabak Bernam will remain under a CMCO.

This was announced by senior minister Datuk Seri Ismail Sabri Yaakob in his daily briefing earlier this evening. He said that the move to a MCO in the six districts was requested by Selangor in a bid to curb rising cases in the state, and the national security council (MKN) and health ministry (KKM) agreed to the implementation.

He said that during the MCO, interstate and inter-district travel will not be permitted, unless for emergencies. Most economic sectors will be permitted to open, with standard operating procedures (SOPs) adhered to, although there are revisions to the operating times in the six districts during the MCO.