Home » May 2021 week one fuel price – all prices unchnged – paultan.org

May 2021 week one fuel price – all prices unchnged – paultan.org 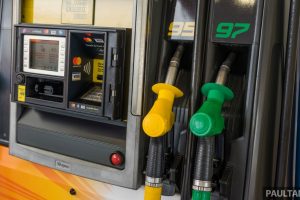 It’s time again for the weekly fuel price update. The ministry of finance has announced the latest retail pricing of petroleum products in the country for the week of April 29 to May 5, and there are no changes from last week’s pricing.

As such, RON 97 will continue to be priced at RM2.58 per litre in the coming week, while RON 95 remains at its price cap of RM2.05 per litre, the maximum users will pay for it.

Meanwhile, the price of Euro 5 B10/B20 diesel, which fully replaced Euro 2M diesel at all retail pumps in Malaysia as of April 1, is unchanged at RM2.15 per litre, so this means that Euro 5 B7, which is priced 10 sen more than the B10/B20 product, will continue to be priced at RM2.25 per litre.

These prices take effect from midnight tonight until Wednesday, May 5, when the next update for the set of fuel prices will be announced. This is the 18th edition of the weekly fuel pricing format this year, and the 121st in total since the format was introduced in 2019.