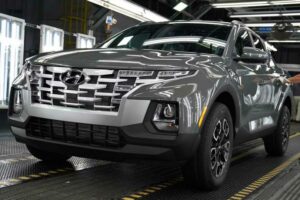 Small trucks have been thin on the ground for decades now, but the tide is finally starting to turn. Hyundai has fired its salvo in the form of the Santa Cruz, a new compact pickup which the Korean company prefers to call a Sport Adventure Vehicle. Hyundai has claimed that the new vehicle “shatters both SUV and truck segments,” which is a big statement for a unibody truck with four doors and a short bed. Regardless of what you call it, the Santa Cruz has just entered production at Hyundai Motor Manufacturing Alabama (HMMA).

The new pickup comes with a naturally-aspirated 2.5-liter four-cylinder as standard, with an estimated 190 horsepower and 180 pound-feet of torque driving the wheels through an eight-speed automatic. However, there’s an optional 2.5-liter turbo motor that sports an estimated 275 horsepower and 310 pound-feet of torque, paired with an eight-speed dual clutch instead. Both engines are available with all-wheel-drive, with the Santa Cruz sharing its underpinning platform with the existing Hyundai Tucson SUV. Hyundai celebrated the launch with a band playing on the production line, and I honestly kinda respect that.

The aim for the new vehicle is to act as a do-everything adventure vehicle, that draws from both SUVs and trucks, combining the best of both worlds. The external bed is useful for carrying awkward, bulky, or dirty cargo, and also sports a lockable tonneau cover, as an example. This allows it to act more like a typical trunk, making it more familiar to security-conscious suburban SUV buyers. Jose Munoz, president and CEO of Hyundai North America, stated “Open-bed flexibility coupled with closed-cabin security meets the changing everyday needs of its adventure-oriented buyers, while powerful and efficient engines and superb maneuverability ensure it is a pleasure to drive in urban or off-road environments.” The base model is capable of towing 3,500 pounds, jumping up to 5,000 pounds for the turbo. This should endear the vehicle to customers looking for a smaller truck that can still drag their jet ski or UTVs out to the wilderness. While the bed is short, at just under 4.5 feet, it’s enough for some camping gear or bags of mulch, though remains far too small for carrying sheets of drywall or similar materials. It further reinforces the truck’s intention of being an adventure vehicle, rather than a pickup truck for work jobs. 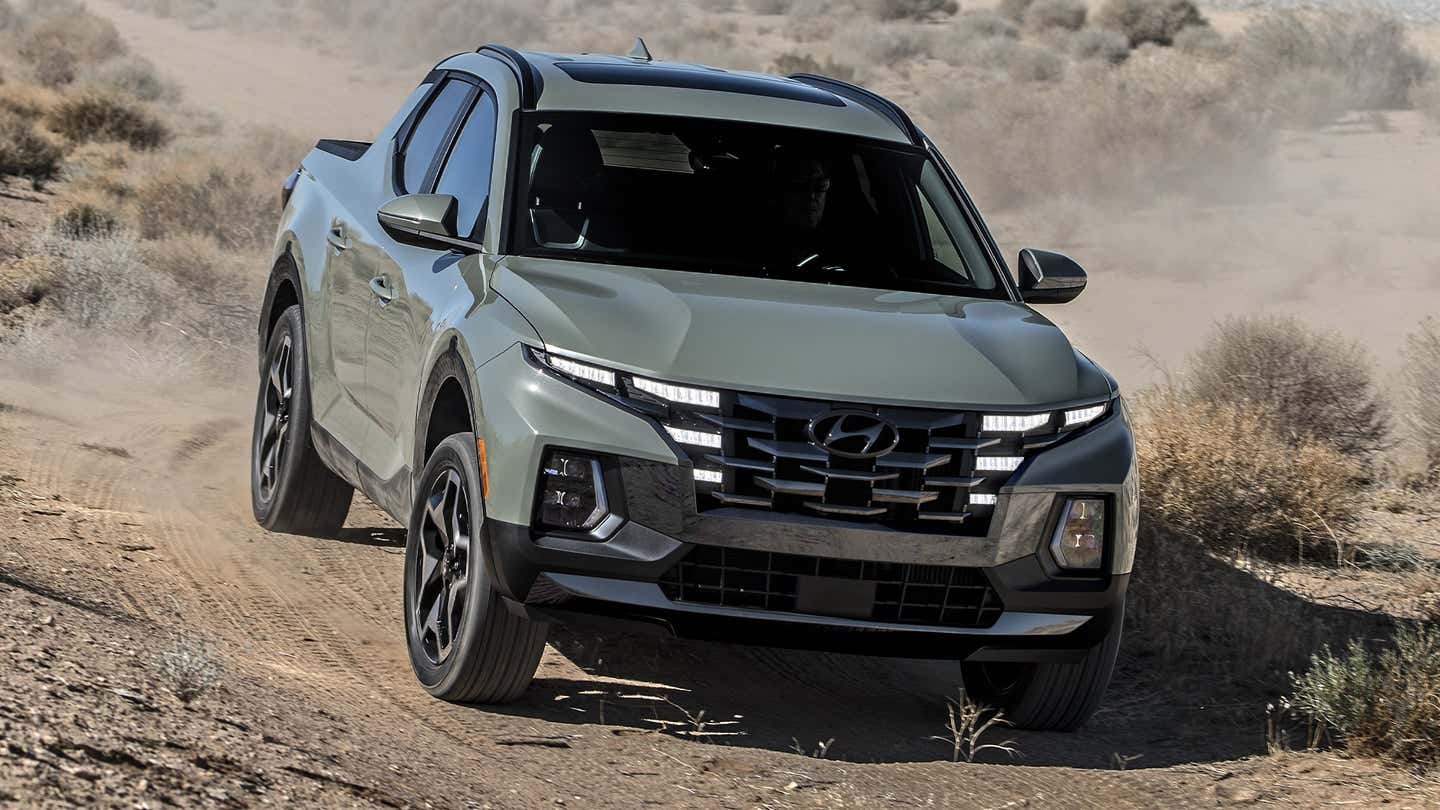 While it’s likely some will see the truck as an import, being built at the HMMA plant means it’s as American as fried catfish. With the Santa Cruz entering production, it marks the first time the Montgomery, Alabama plant has had five distinct models in production at the same time. It shares the plant with the Sonata, Elantra, and Santa Fe, as well as the Tuscon with which its platform is shared.

It’s clear that Hyundai is taking the launch of the new vehicle seriously. The market for small pickups is heating up, with the impending release of the Ford Maverick later this year set to take things up a notch. Given that the Santa Cruz is already in production, Hyundai might just have the drop on this one, though selling the Santa Cruz will be a tougher task with such competition. With multiple pickups duking it out in the marketplace, we could see small pickups become the de facto cheap transport option as regular cars continue to bleed market share.