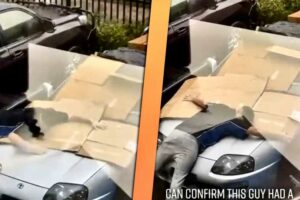 If you ever want to buy a vehicle at a remarkably low price, just buy a hail-stricken one that’s been dented up to resemble a golf ball. Hail is notorious for destroying cars, and if you want to avoid your vehicle being battered by falling ice, it’s best to park it indoors.

If you can’t do that, well, you might be in trouble, as this Australian Supra owner on TikTok recently found out. After failing to locate a suitable structure to defend what appears to be a collectible Mark IV Supra from a raging hailstorm, he was forced to use what he had available to him to protect his precious ride: a blanket, some cardboard, and his own body, of course.

You can watch the TikTok video here. 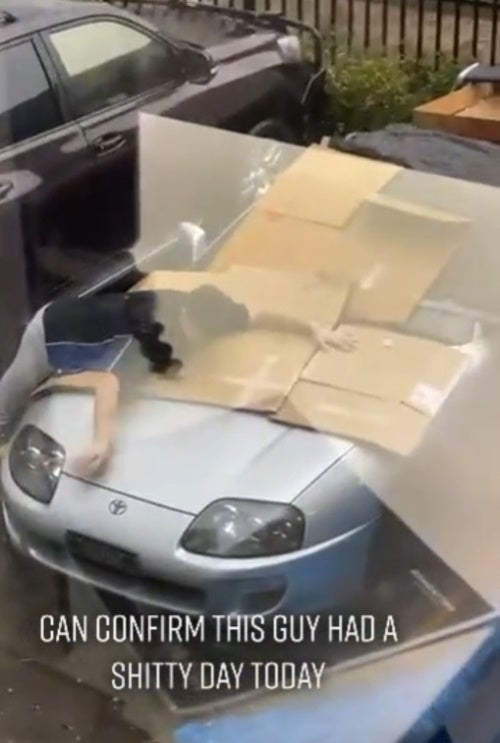 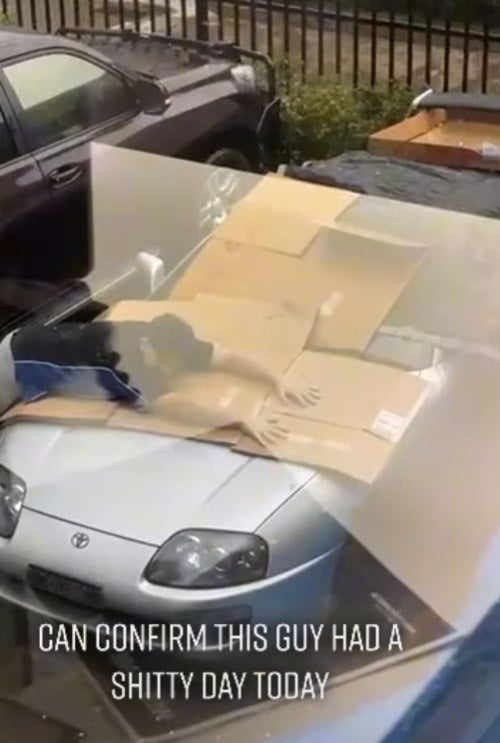 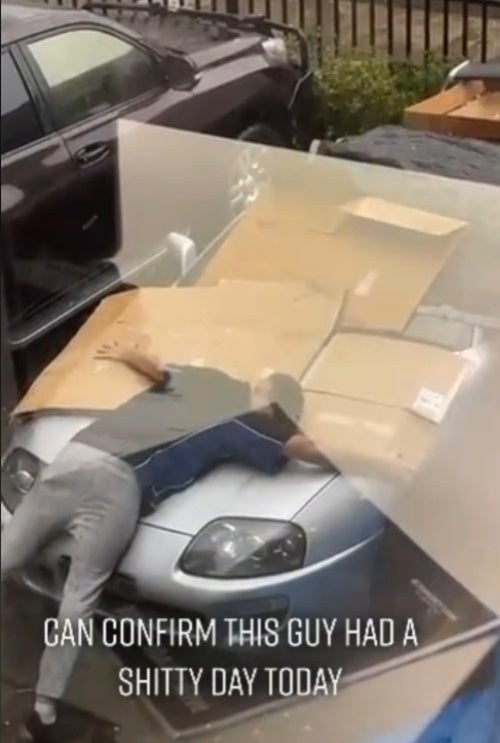 The clip in question is just a few seconds long, but it’s already garnered thousands of likes and views on the platform. In the clip, the car’s owner can be seen shifting his body around to protect parts like the hood and headlights, which are still exposed to the elements. Around him, a blanket and some cardboard are strewn about to dampen the blows of the falling ice. The storm reportedly hovered for a few hours over Australia’s largest city, Sydney, before moving inland to the rest of New South Wales.

Despite the long duration of the storm and large hailstones visible in the video, the vehicle’s owner shows up in the comment of the TikTok post confirming that it was undamaged. “Can confirm car is okay :),” Jake Donaldson said. When questioned how he knew this information, he responded: “Because that’s my car lol.”

For those unfamiliar as to why Donaldson was so insistent on protecting his vehicle, Mark IV Supras are very desirable and worth plenty of money these days. Built between 1993 and 1998, the “A80” generation of the vehicle is considered the most desirable of any Supra ever built. Powered by a twin-turbocharged, 3.0-liter straight-six known as the 2JZ-GTE in its most potent trim, it’s a favorite of tuners and collectors alike, with modern prices for the vehicles cresting the six-figure mark for prime examples. 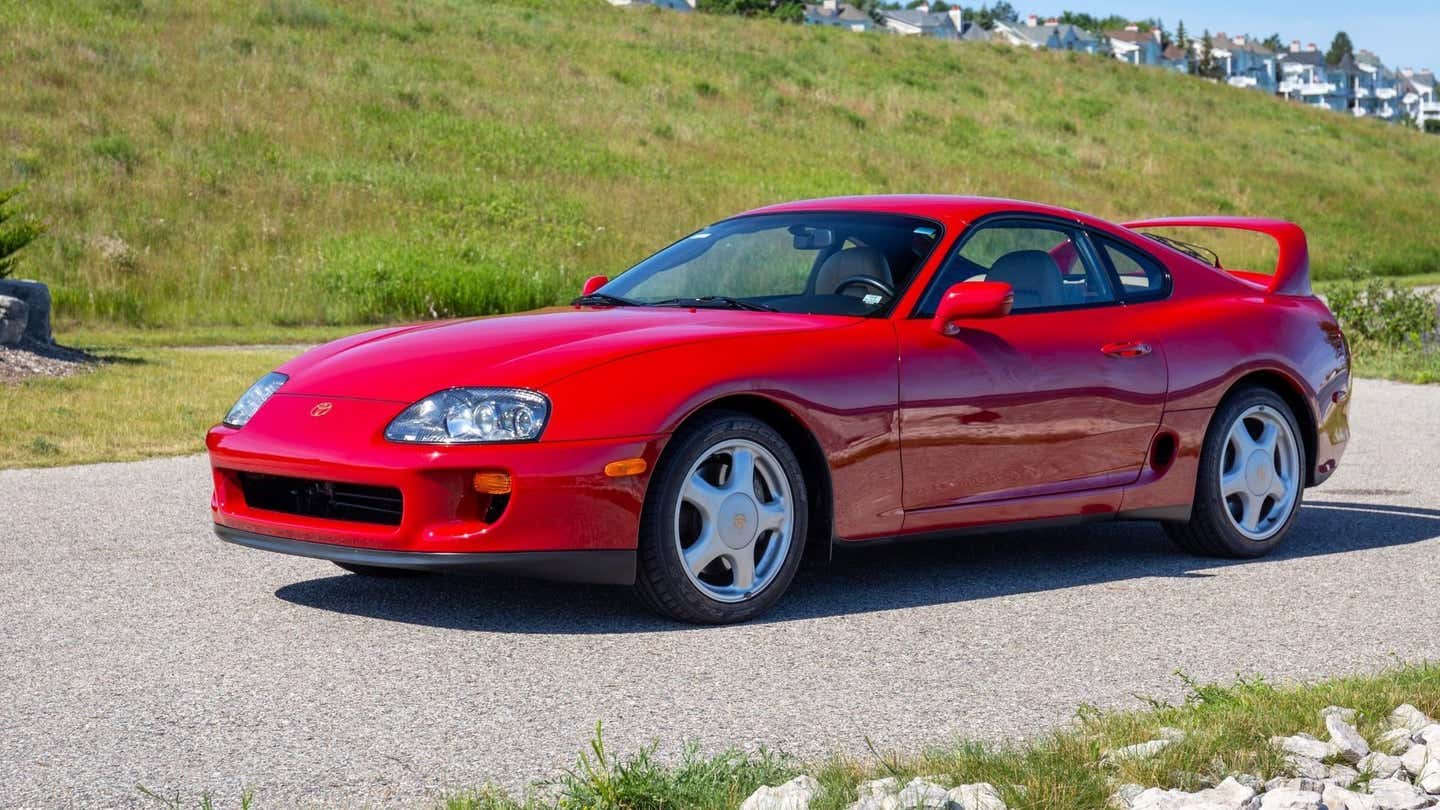 Seeing as this owner actually drives his and as a result, got it caught in a hailstorm, it’s probably not a garage queen. Although, perhaps he regretted it not being so in this particular moment. Before he goes out next time, it would probably be good to check the weather. Just a suggestion.