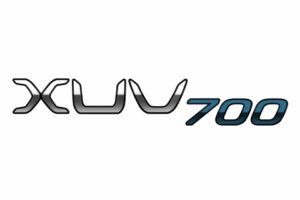 The XUV700 is likely to get the most powerful petrol and diesel engines in the segment.

The Mahindra XUV700 is one of the most anticipated launches of this year. Now, we have one more reason to be excited about Mahindra’s new 7-seater SUV.

According to a media report, the XUV700 will be offered with a 2.0-litre turbo-petrol engine with 197 BHP on tap. It will be mated to either a 6-speed manual or 6-speed automatic transmission. This will be the most potent version of Mahindra’s ‘mStallion’ motor. Moreover, it is expected to trump the competition in terms of outright performance.

Speaking of the competition, the XUV700 will lock horns with the recently launched Hyundai Alcazar which comes with a 2.0-litre, naturally aspirated petrol engine that puts out 157 BHP and 191 Nm. On the other hand, the MG Hector Plus comes with a 1.5-litre turbo-petrol engine that makes 142 BHP. The Tata Safari also competes in the same segment but does not get a petrol engine option.

The XUV700 will also be offered with a 2.2-litre mHawk diesel engine. This motor is also being upgraded and is expected to produce around 182 BHP, making it the most powerful offering in the segment.

The Mahindra XUV700 is expected to be launched in October this year, while bookings might open in August.