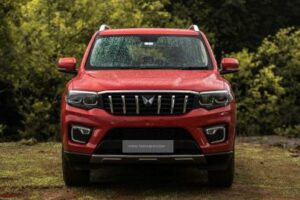 Mahindra were not kidding when they claimed to have benchmarked it against the Ford Endeavour.

BHPian nerd1200 recently shared this with other enthusiasts.

Test drove the car today (for a very very brief period: 5-10 minutes), It was a Z8L Petrol AT. Although I want a completely different powertrain, my chief intention was to test out the ride quality over good, bad and ugly sections of tarmac, and check the body roll and the overall manoeuvrability of the car (coming from a compact SUV). Here is my feedback:

I’d reserve my feedback on other aspects of drivability until such time when I can drive the car properly without an SA breathing down my neck to conclude the drive.

A couple of additional points to my initial impressions about the car: Anyway, I did that “Add to Cart” thingy for a Z8 4×4 A/T in Deep Forest. The final decision would be based on the prices TBA on 21st, I think.

I was told by an M&M representative that they’ll accept only one booking per customer (tracked by email/Phone number I suppose) to avoid overbooking which apparently caused a lot of inconvenience during the 700 roll-outs.