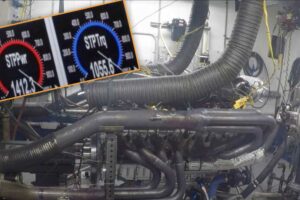 You can get massive power from small engines, at least for a little while. Turbochargers and nitrous will get you there, just maybe not every time. Finding a reliable way to get more than 1,000 horsepower is a bit of a challenge, and it’s why the aptly named engine builder Sixteen (XVI) Power decided to take a shot at something different.

The Detroit-area company doesn’t need forced induction to make big power—although it does build supercharged engines—it just adds cylinders. One of its latest products, a 1,415-horsepower naturally aspirated V16, proves this point. With 14 liters of displacement and LS-based architecture, it’s a reliable, albeit expensive way to make four-figure horsepower reliably. It also sounds ridiculous, in case you were curious. 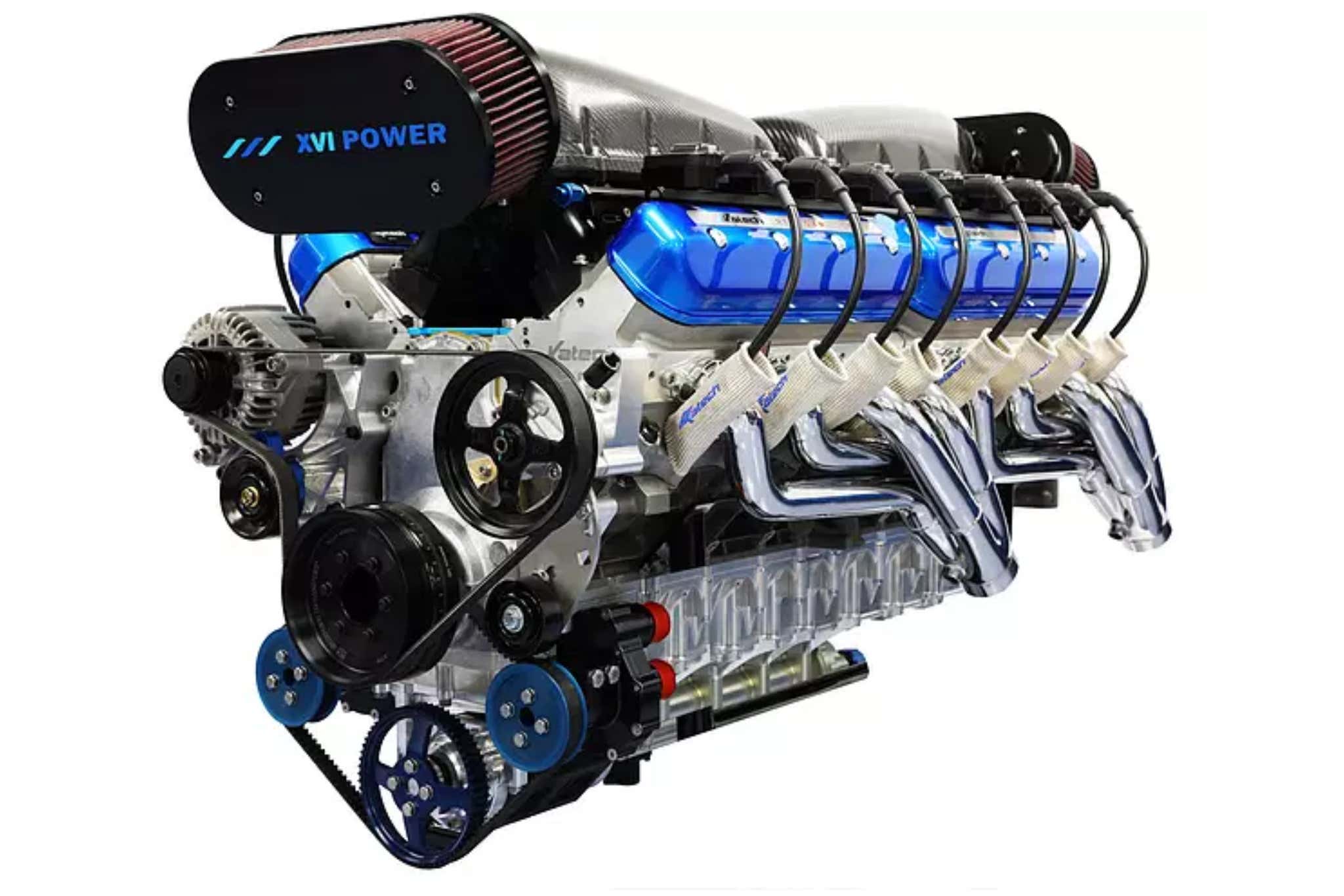 XVI isn’t just some garage shop welding LS7s together. The end product is based on LS-architecture, sure, but the block is a single-piece custom casting poured for the company at a local Detroit foundry. The crankshaft and camshaft are also custom, machined from massive steel billets.

The engine’s designers have experience making V16s happen as well. One of them, Caleb Newman, worked on the V16 for the Cadillac Sixteen concept which was unveiled back in 2003. While laboring away on that motor, he learned a few things about how to make a good 16-cylinder engine. Speaking to Hemmings in early 2020, Robinson said that designing a V16 is similar to designing a straight-eight, and offers similar challenges.

For instance, Cadillac’s Sixteen engine had just two cylinder heads, one per bank. That’s fine on a V8 or V6, but unbelievably heavy on a V16. For this reason, his design uses four seperate cylinder heads. This also allows for vital space in the middle of the engine to place the water pump, as starting the cooling loop at the front doesn’t work very well on an engine that’s eight cylinders long.

As mentioned before, the 14-liter engine is available with forced induction; two superchargers to be specific. That’s not what’s above, though. Above is a naturally aspirated beast that revs all the way to 7,000 rpm. Complete with long tube headers and carbon fiber velocity stacks, it can make 1,400 horsepower without breaking a sweat. The supercharged version can allegedly make as much as 2,000 horsepower, but the company has yet to test it on video.

The engine is currently only used in marine applications, where space to package the massive lump is plentiful and cooling is less of a challenge. Robinson says there’s no reason why the motor couldn’t be put in a car, though. If your hood is long enough—pre-1960 straight-eight cars are good contenders—then it can work. You might have a harder time fitting this thing into your Civic, though. 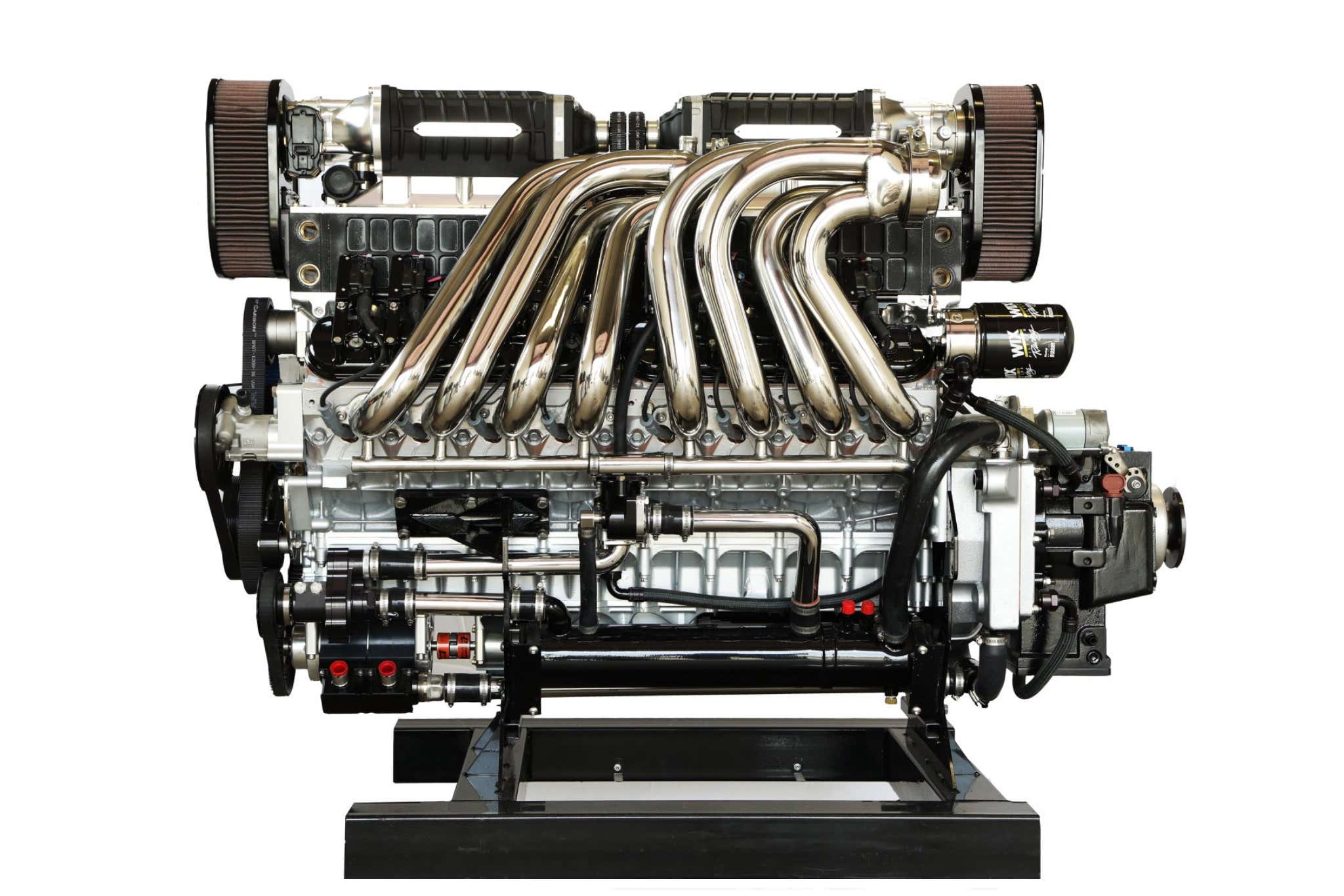 The cost of all of this 16-cylinder goodness? Well, the marine version will set you back $100,000. As far as an automotive version, XVI power doesn’t really get many inquiries, so an exact price is tougher to nail down. Needless to say, it’s expensive. If you have a wheelbarrow full of money and want a V16, it’s best to just give them a call.