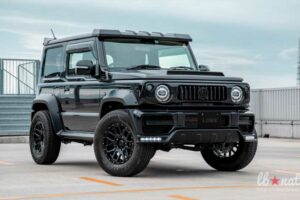 The Suzuki Jimny has long been the little off-roader that could. Along with its predecessor, sold as the Suzuki Samurai in the US, it has won fans the world over for its compact size and impressive capability. Carscoops reports that Japanese customizer Liberty Walk has now developed a bodykit for the pint-sized four-wheel-drive, and it’s one heck of a look.

The tweaks start at the front, with a custom bumper featuring LED daytime running lights and huge mesh ducts for each wheel. There’s also a hood which sports a large, wide air scoop that’s probably a poor choice if you intend on fording rivers in your Jimny. The new grill does a lot to change the face of the car, and it looks particularly sharp paired with aftermarket headlights in the promotional shots. Naturally for a Liberty Walk kit, wide fenders are also there to help pump out the stance. 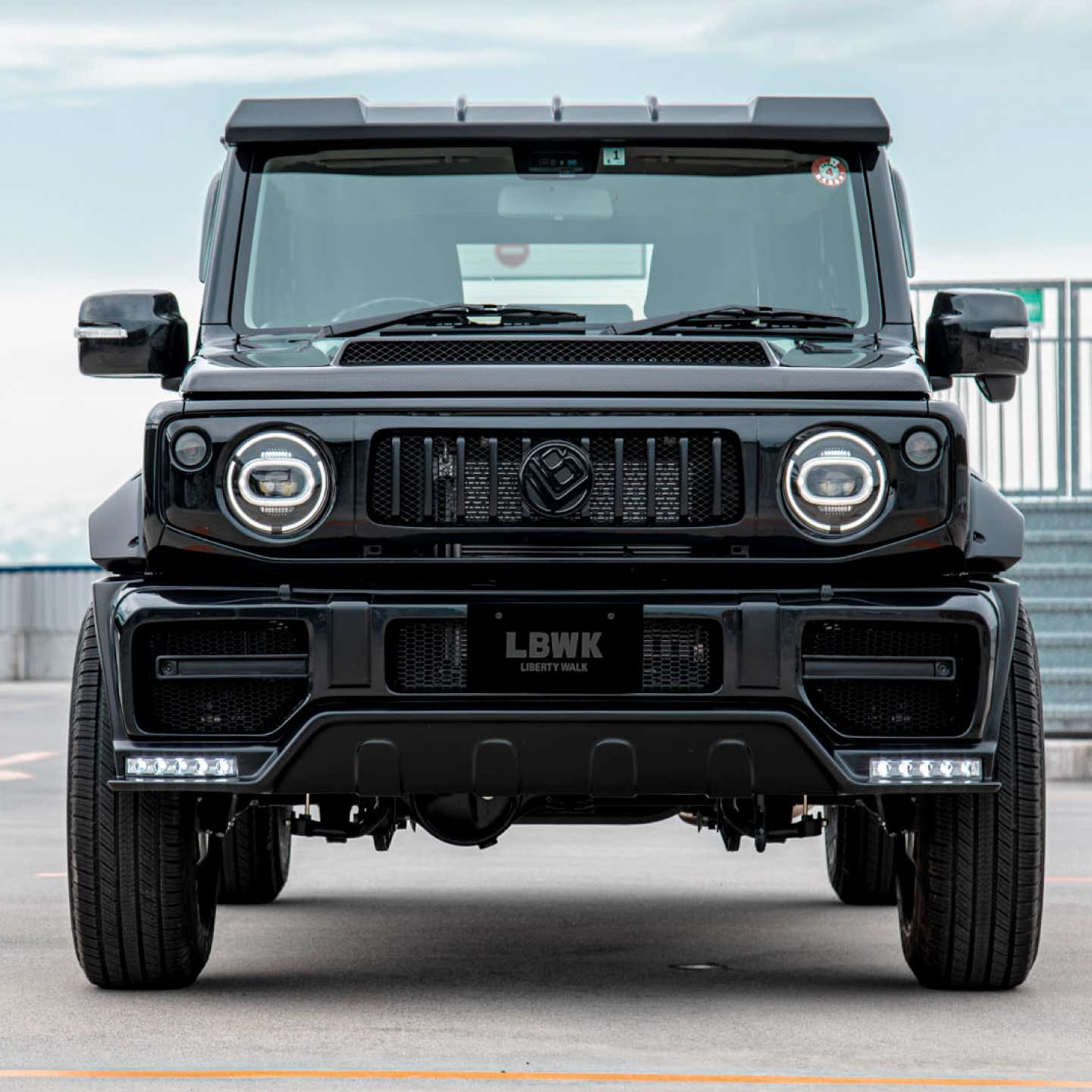 Other finer touches include the “LBWK” branded seat covers and steering wheel for the interior, while the aftermarket seven-spoke wheels and side exit exhaust give the car a seriously mean look. Overall, the kit turns the Jimny into something approximating a micro-sized version of the Mercedes-AMG G63, with the benefit of easier parking and better fuel economy. Liberty Walk even offers special tail light and side marker units as an option to further match the look of the G-class off-roader, though said parts come at a hefty price of over $700 a piece. 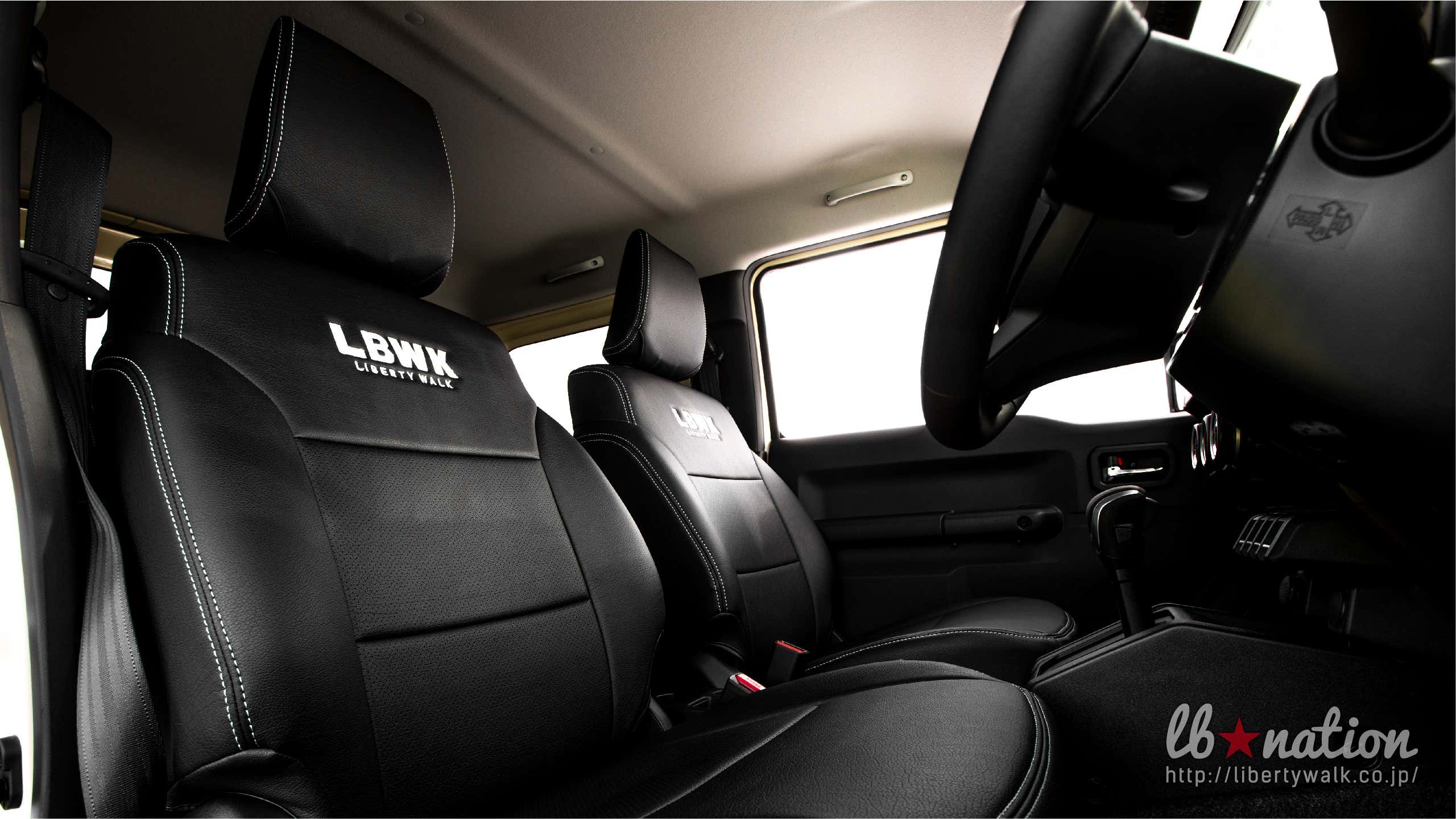 Liberty Walk has long been known for its low and mean supercar builds, with its Lamborghini Miura being a particularly excellent example. The company has never showed any hint of holding back, with huge widebodies, massive fender flares, and visible rivets all hallmarks of the brand’s work. Liberty Walk is one of the more controversial bodykit manufacturers out there, but the company has cultivated a strong fanbase over the years with its outrageous, no-holds-barred design ethos. 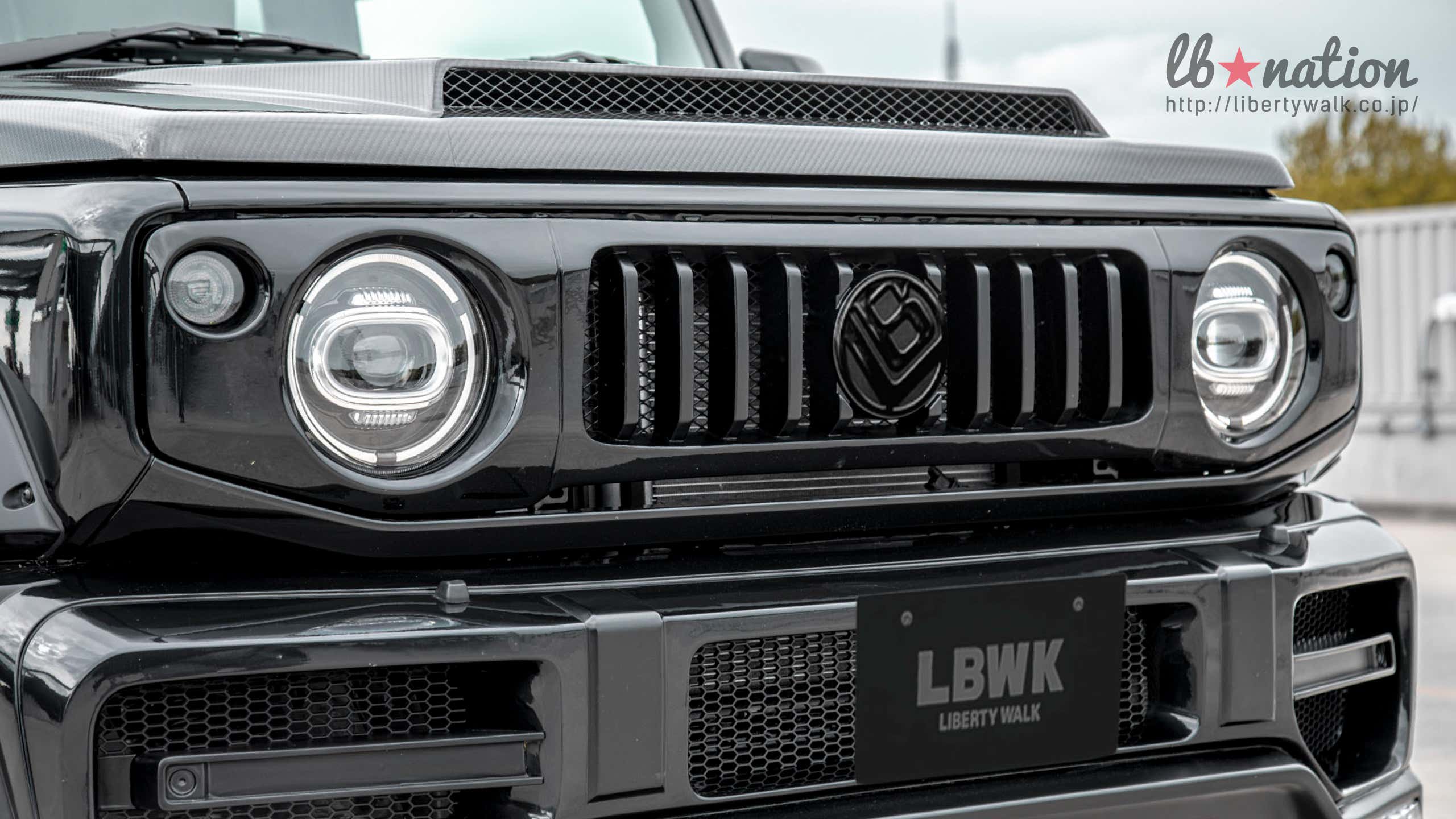 If you’ve always wanted an aggressive, “murdered out” Jimny, all you need to do is place an order with Liberty Walk and make an appointment with your local body shop. Oh, and you’ll need to wait around 25 years to import one. Pity.