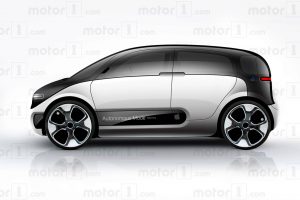 Yes, folks – it’s happening again. A new report speculates Apple could be in talks with a potential partner to help it build its first car. Obviously, there’s nothing official at this point, though a South Korean publication claims LG and Magna are close to signing a deal with the tech giant for manufacturing the electric car.

The Korea Times reports Apple is in talks with the LG Magna e-Powertrain joint venture with the latter expected to produce the initial rounds of the Apple car. The cooperation between LG and Magna is not finalized yet, but it is expected to reach its final stage later this year. Apple is seen as its first major client.

“LG Magna e-Powertrain is very near to signing contracts with Apple under which they could handle the initial volume production of Apple EVs. Contract details are still being discussed,” a source believed to be “familiar with the issue” reported to The Korea Times.

The deep ties between Apple and LG have reportedly been the key factor in getting the two companies “very near” to reaching an agreement. The tech giant already works with LG Group affiliates like LG Display, LG Chem, LG Energy Solution, and LG Innotek.

“As the LG brand is not that strong in the global EV industry, it needs a pretty competitive reference to show off its transformation efforts. From that standpoint, LG’s bet on the Apple EV is not that bad, and vice versa for Apple,” another source commented to the Korean publication.

Aside from the recent report, there’s not much other evidence that Apple is in talks with LG and Magna, which means you should take this information with a grain of salt. Previous reports about potential cooperation between Apple and companies from the automotive industry have all had a negative outcome, and we will wait until there is an official confirmation about the new potential partnership.

The Korea Times via 9to5mac