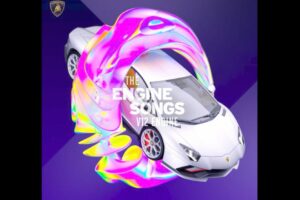 It’s certainly one of the quirkier things we’ve heard in recent times; Lamborghini is releasing three Spotify playlists to complement its V12, V10 and turbo V8 engines. We’ll be honest in saying we wonder why anyone would want to listen to anything other than a screaming V12 while driving their Lambo, but we’re also intrigued how it might sound, as the Raging Bull seems to have put a lot of thought into it.

According to the brand, each playlist is designed to enhance the sound of its engines. Lamborghini sound engineers worked with music producer Alex Trecarichi and used the frequencies of the engines to put together the playlists, using what are known as Fourier Transform formulas.

It all sounds very sciencey, but they did this to tailor the playlists to the sounds of the engines at idle, at around 4000 rpm, and at maximum power.

They used the Lamborghini Aventador Ultimae as the test subject for the V12 compilation, with Trecarichi working out that its engine idles at F sharp (92.5Hz), sings a G note when hitting 4000 rpm (98Hz) and at maximum power belts out a G-sharp (103.83Hz). Trecarichi then paired these notes with songs such as Lorenzo Senni’s Canone Infinito (F-sharp), Ben Böhmer’s Run Away (G), and Sam Collins’ We Can All Dance (G-sharp).

The playlists each feature 24 songs tailored to one of the three engines. We’re not sure what possessed Lamborghini to do it, but we wouldn’t pass up an opportunity to listen to drive around to the sound of the Lamborghini Aventador Ultimae and its accompanying playlist… How about it, Lamborghini?