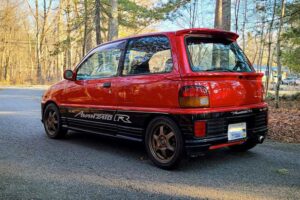 While JDM car enthusiasts in Maine are having their registrations actively revoked, Kei car owners in nearby Rhode Island are being threatened with the same. The latter state’s Division of Motor Vehicles has been insistent on Japanese microcar drivers handing over their license plates, allegedly citing materials from a non-governmental safety organization that has no lawmaking authority. Some have surrendered their plates, others haven’t, and now a stay of procedures has been issued on the situation.

Due to Rhode Island’s shaky reasoning and seemingly fluctuating answers to owner questions, hundreds of Kei car drivers are left hanging. A few have supposedly been told they’re free to drive their vehicles like normal, but others can’t get their plates back from the tag office. Attempts to get clarity from Rhode Island DMV officials have fallen flat, both before and after we published our initial article on the saga. We’ve learned that even now, owners have as many questions as they did before. 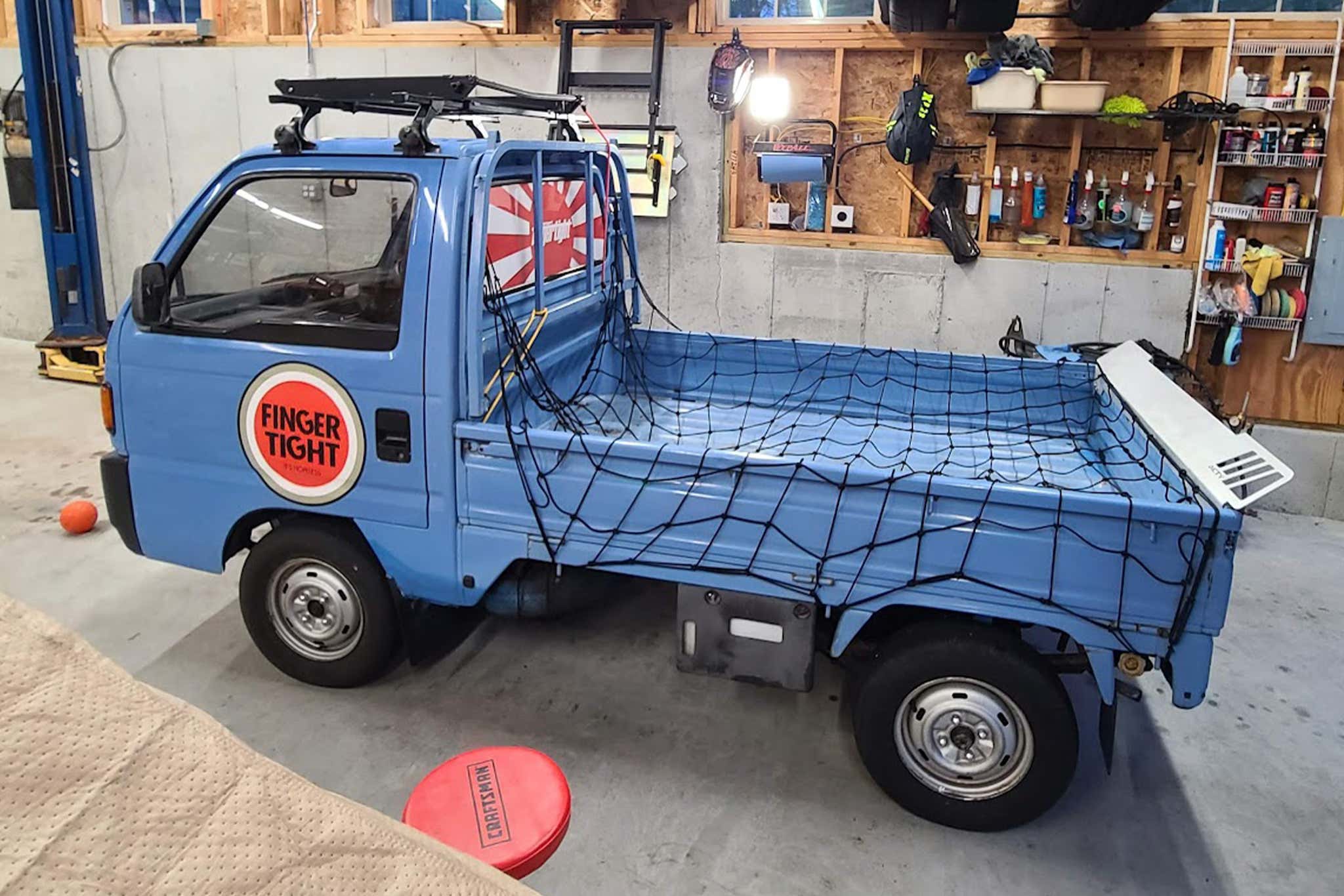 The Drive was alerted of the stay by Jeremiah Joseph, who we first spoke to while reporting on Rhode Island’s initial contact with Kei car owners. Since Joseph had complied with the state’s requests and surrendered his plates, he asked the DMV’s enforcement agent if he could have them back while a decision was being made. He was denied, though, meaning he still can’t drive his 1993 Daihatsu Hijet that just had its registration renewed last month.

“I got a call from the DMV because I had also issued my appeal by email the day before [the stay was issued],” Joseph told us over the phone. He was notified that his appeal had gone through and that a stay was put in place, though the DMV representative was apparently ambiguous when explaining what that meant, exactly.

Joseph was allegedly told that the state is “still collecting plates” even with the stay in effect, making it all the more puzzling. It seemed like a non-update, in that case, since nothing had changed saying Joseph could drive his mini truck or expect to have it officially de-registered. 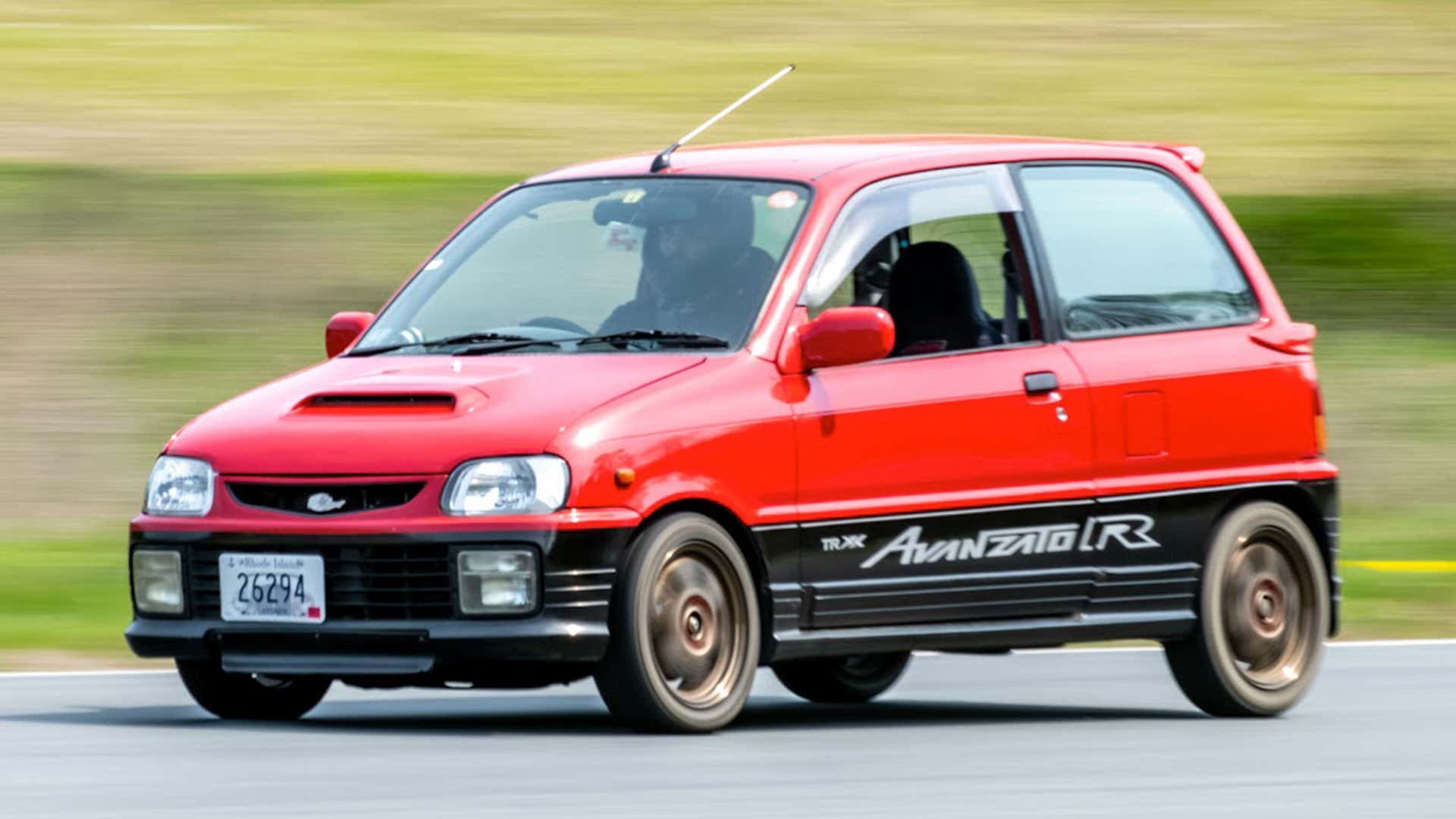 On the other hand, owners who never surrendered their plates are supposedly being told they can drive their Kei cars without problem. That’s what Revival Motoring’s Chuck Whoczynski says he was told about his Honda Acty Kei truck and Daihatsu Mira TR-XX Avanzato. He believes it’s because the state knows it “doesn’t have a legal leg to stand on.”

“I was talking to cops about this the other day; nobody has any idea the DMV’s doing this outside of a few guys in [the enforcement department],” Whoczynski told The Drive. “When they get to district court, [they’ll be asked] which law was violated and they’ll say, ‘Oh, there’s none.’ They know they’re gonna lose which is why they made the stay happen.”

Whoczynski raised the point that seizing Kei car plates without due process could land Rhode Island in hot water. In that case, the problem could also snowball with owners’ property plummeting in value due to their sudden loss of road-going eligibility. Several have reportedly listed their microcars for sale already, forcing them out of vehicles that were brought into the country in compliance with the United States’ 25-year import law. 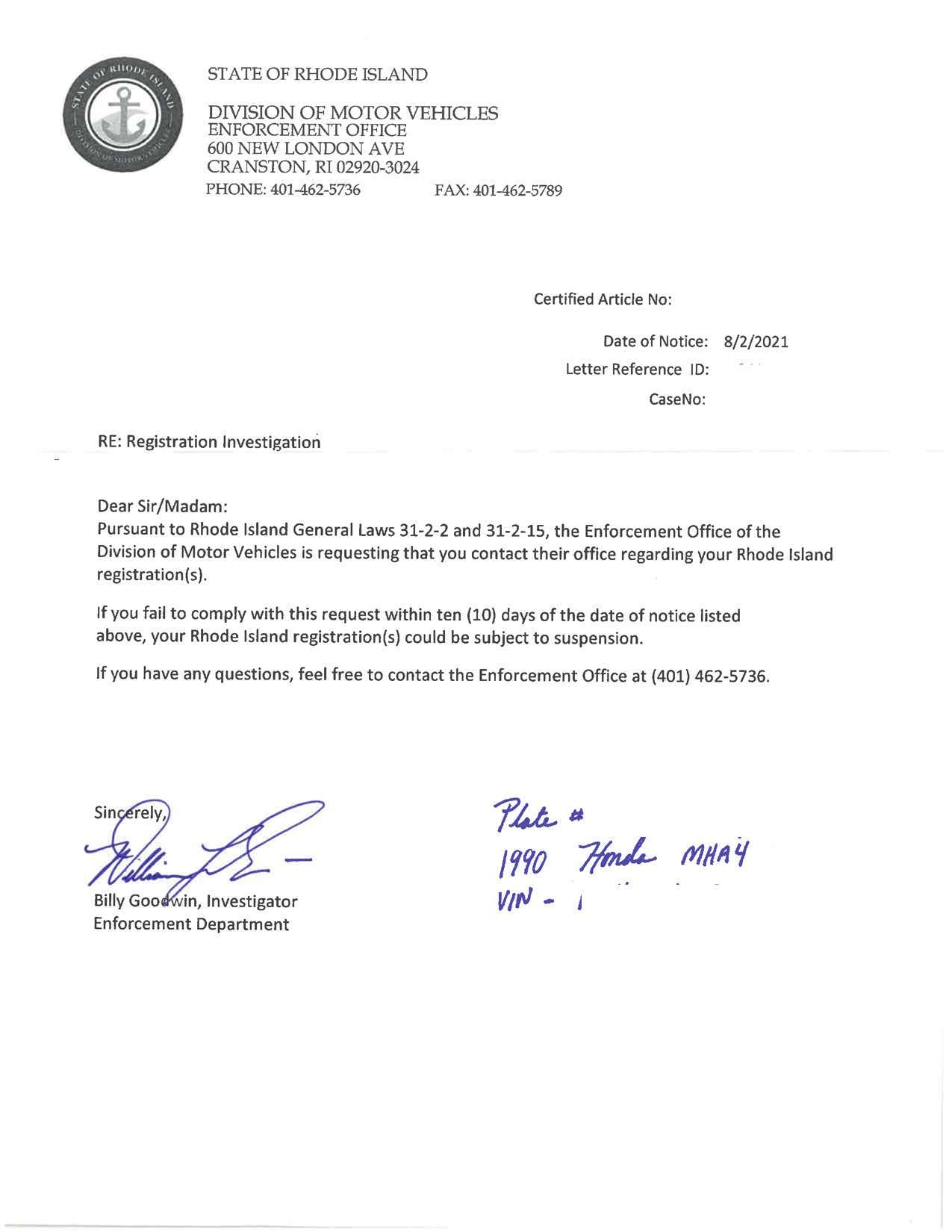 The original letter sent to Whoczynski by Rhode Island’s DMV.

The Drive has repeatedly reached out to Rhode Island’s DMV and its various officials, as well as a media relations representative, only to be told that they’re “working through their response” to our inquiries. That was at 2 p.m. EST on Thursday and we’ve yet to hear back at the time of publishing.

Got a tip on the Kei car registration saga? Contact the author directly: [email protected]