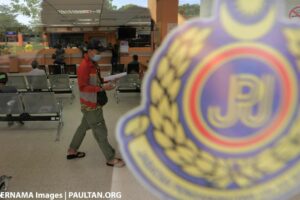 For those who are rushing to register new cars, take note. The road transport department (JPJ) has announced that all its counters nationwide will be closed from 1pm tomorrow (May 12) till May 16. This break in conjunction with the Hari Raya holidays. JPJ counters will be back in action next Monday, May 17.

Also, JPJ’s offer of 70% discounts for summonses is still valid, and will go on until June 11. Announced last month in conjunction with the department’s 75th anniversary, the discount is for summonses that are compoundable, and is not for cases that have moved to the courts.

The 70% reduction is for all summonses issued under the Road Transport Act 1987 (Act 333), Commercial Vehicles Licensing Board Act 1987 (Act 334) and Land Public Transport Act 2010 (Act 715), including blacklisted cases. Note that for blacklisted cases, the offender will have to present himself at a JPJ office for a “redocumentation” process, before payment can be made.

The offer is also extended to summonses that are still active and which compound period is still valid, if payment is made within the offer period. The department says that this offer is to reduce the financial burden of the rakyat, which has been affected by the economic issues brought about by the Covid-19 pandemic.