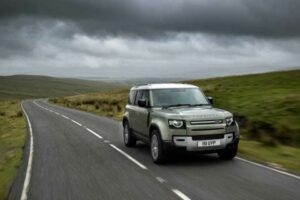 JLR is said to be developing a prototype hydrogen fuel cell electric vehicle, based on the Defender SUV.

Jaguar Land Rover is expected to start developing a prototype hydrogen fuel cell electric vehicle (FCEV) later this year. The prototype will be based on the new Land Rover Defender SUV.

The FCEV prototype concept is part of the brand’s ‘Reimagine Strategy’, which aims to achieve zero vehicle emissions by 2036. As part of the same strategy, JLR is also working on net-zero carbon emissions across its supply chain, products and all other operations by 2039.

Project Zeus, which is said to be a core part of JLR’s reimagine strategy, will use the hydrogen-powered Defender to test the range, refuelling, off-roading capabilities and towing in real-world conditions. The testing of the Land Rover Defender FCEV is scheduled to begin in the UK by late-2021.

Jaguar Land Rover has also teamed up with various engineering firms to develop and create the FCEV prototype. These include Delta Motorsport, Marelli Automotive Systems, AVL and UKBIC.