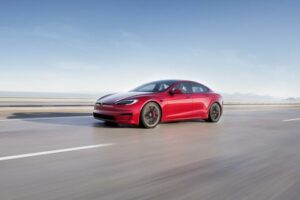 The record attempt was conducted on May 11 at the Autoclub Famoso Raceway, Bakersfield, California, USA. However, the quarter-mile time was considered to be just a rumour at that time. Now, reports suggest that Jay Leno, television host and comedian has confirmed the details.

If these numbers are to be believed, then it makes the Tesla Model S Plaid the fastest production car in the world. The electric sedan beats the previous record of 9.4 seconds, set by the Bugatti Chiron Sport.

Tesla themselves, however, are yet to reveal the official figures of the Model S Plaid. The company is expected to announce these numbers at the time of deliveries, which is expected in the coming days.