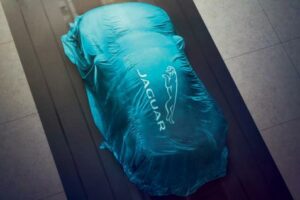 This will also allow Jaguar to enter a higher segment and take on the likes of Bentley and Porsche.

Jaguar has revealed details of its all-new platform, called Panthera. The platform has been built in-house and is being developed specifically for the brand’s future EV range. The British carmaker stated that the new EV platform is part of JLR’s Reimagine plan and will be ready before 2025.

Thierry Bollore, CEO of JLR stated that new models from Jaguar will come with unique proportions, which is one of the reasons for the brand to invest in developing a new platform, rather than saving money and borrowing from other carmakers.

JLR’s Chief Designer, Gerry McGovern also stated that the unique proportions of future Jaguar models will help them stand out from the rest. This will also allow Jaguar to enter a higher segment and take on the likes of Bentley and Porsche.

With Jaguar moving towards a fully-electric product line-up, the new platform will help the brand create “distinct luxury cars with no overlap in terms of design, while also offering the best in technology and refinement.”

At present, Jaguar has just one pure-electric offering in its line-up – the I-Pace. The British carmaker will be hoping to add more models to its EV range soon.