Is Hagerty Taking Over the Collector Car World? 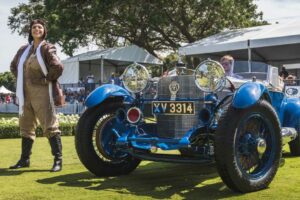 Event by event, Hagerty is taking over your car world:

Should we be worried?

Hagerty says no, that its long-term goal is to save driving and protect car culture, and it believes that the way to do that is to “…knit the car community together in new and interesting ways.” The addition of the Amelia Concours, Hagerty says, will bring “a new scale, reach and a voice to the community that ensures its future.”

And what about other cherished automotive events, is Hagerty eyeballing anything else? The collector car insurance giant points out that it has had long-term partnerships with events like Pebble and, “…though no current discussions exist,” it would welcome any “mutually beneficial relationships.”

A skeptic might say that it’s in Hagerty’s best interest to keep collector car culture alive so that there will be more collector cars to insure, as insurance is Hagerty’s business. Certainly there’s some truth to that. It has made other efforts to do so.

Just one month ago Hagerty announced the launch of the Hagerty Drivers Foundation, an organization providing scholarships for students in automotive education, offering financial support for automotive startups and grants for innovative business ideas. Hagerty continues to build the National Historic Vehicle Register, “documenting the invaluable history of our automotive past.” Other Hagerty founded and funded programs range from the RPM Foundation wherein RPM stands for Restoration, Preservation and Mentoring, the Historic Vehicle Association, which helped launch the National Historic Vehicle Register, and the Hagerty Drivers Foundation. In all, Hagerty has donated $20 million “to preserve and promote historic vehicles.” 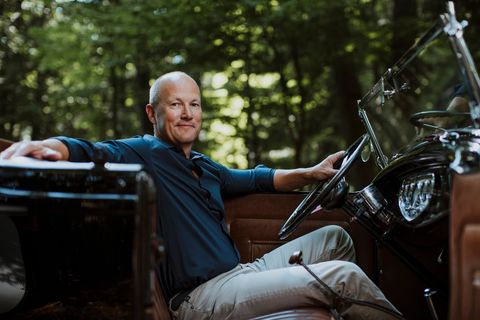 I’m not paranoid, but should we be paranoid?

“Our objective is to knit the enthusiast community together in a way that supports and protects the future of car culture,” said McKeel Hagerty, company ceo.

We can look at the company’s plans for Amelia specifically to see what its plans may be on a broader scale to events they already have and those they may acquire in the future.

“Amelia Island is synonymous with concours and motorsports heritage due to the steadfast efforts of Bill Warner and his team,” the company said in a release. “We are incredibly proud to have the opportunity to build upon and scale Bill’s vision.”

Hagerty says that Warner, who founded the concours in 1996, will remain as Chairman Emeritus, while Hagerty will work with the concours’ existing operational team to expand the annual event.

“When I founded the concours I wanted to infuse the calm, traditional concours environment with the energy of motorsports. We achieved that and raised more than $4 million for charity along the way,” said Warner. “In Hagerty, we have a passionate and highly-skilled team that will bring these themes to a larger audience.”

Just to prove that everything will, indeed, be just fine, the 27th annual Amelia Island Concours d’Elegance already announced the dates for next year’s show: March 3-6, 2022. The 2022 field will boast what Hagerty promises will be more than 250 significant classic, historically relevant vehicles.

On a personal note, I have spoken with McKeel Hagerty on several occasions over the last 20 or so years, including the time I watched him start a 1915 Packard on The Tour d’Elegance at Pebble when no one else could get it started, and he has always seemed like an affable, capable guy. The people he hires have always been unfailingly polite, friendly and knowledgeable. If an entity is taking over the collector car world, could you pick a better one than Hagerty?