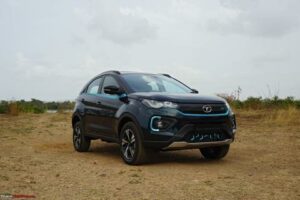 The Indian Air Force is working closely with the Army to create a standardised inventory of vehicles.

Close on the heels of the Indian Army, the Indian Air Force has announced the induction of electric vehicles into its fleet.

The Indian Air Force has added 12 Nexon EVs to its fleet. The first batch of cars was flagged off by Air Chief Marshal VR Chaudhari on Tuesday. These will be deployed in Delhi NCR units for performance monitoring and analysis.

To support the government’s initiative on the introduction of green mobility, the Air Force plans to steadily increase the use of electric vehicles by procuring new EVs. It also plans to install charging infrastructure at various bases across India.

The Indian Air Force is working closely with the Army to create a standardised inventory of vehicles. The latter has already announced its plans to replace around 25% of light vehicles, 38% of its buses and 48% of its bike fleet with EVs.