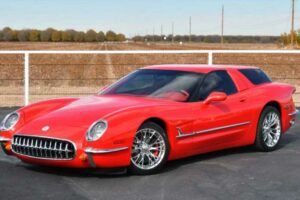 Modified by Advanced Automotive Technologies and modeled on the 1954 Corvette Nomad concept car, there’s a 2004 Chevrolet Corvette Sport Wagon for sale on Bring a Trailer that is both fascinating and weird. Photos have evoked a befuddled expression from The Drive staff, and it definitely defies convention.

This vehicle makes perfect sense if you’re really, really, really into red leather. The steering wheel is covered in crimson, as are the sport bucket seats, console, and brake calipers. Its unusual body is finished in red as well, sitting on Z06-style wheels wrapped in Nitto NT555 rubber. 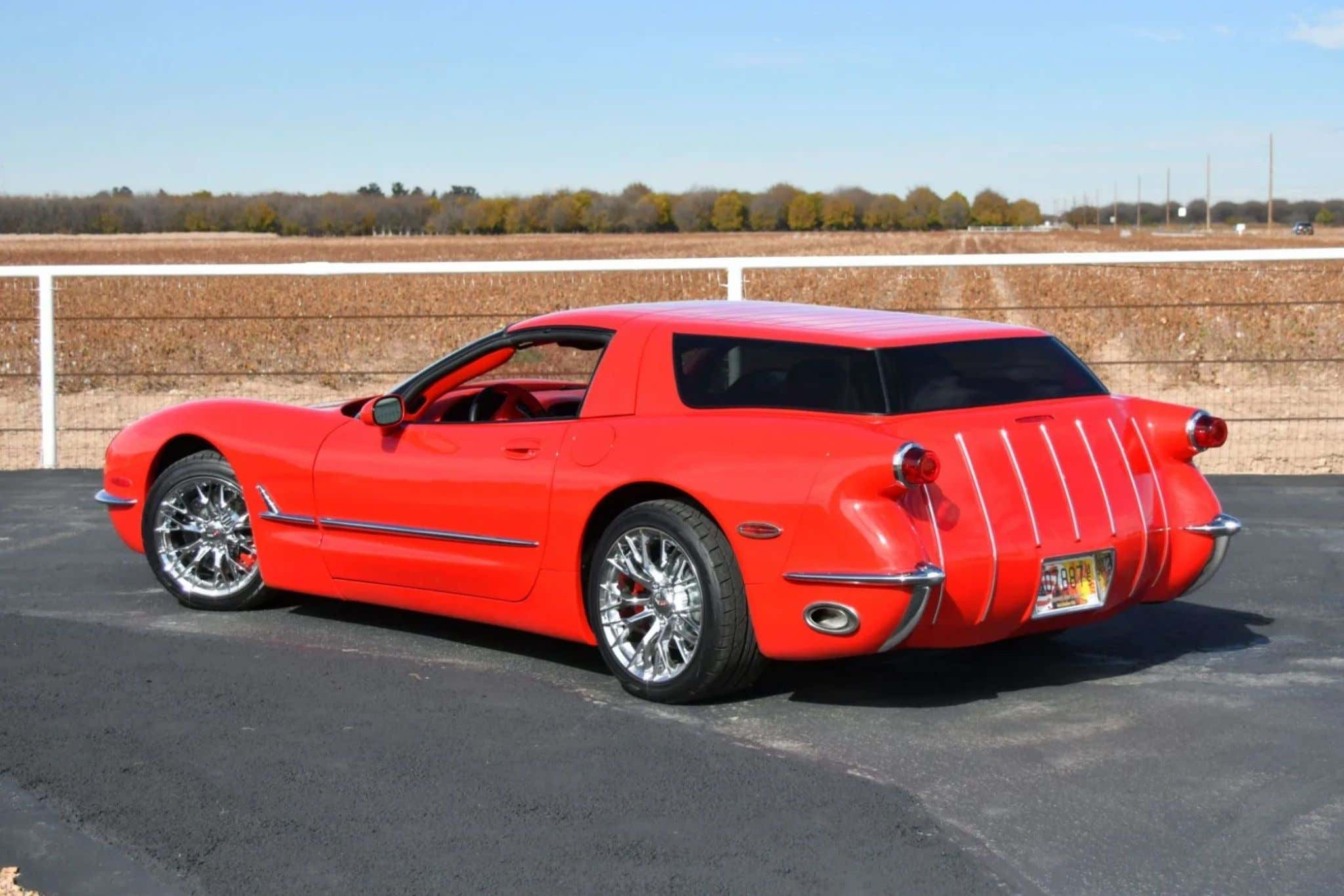 Built for the 1954 General Motors Motorama show in New York City (which showcased interesting ideas like this cutaway Camaro), the Corvette Nomad was a rare beast that didn’t last long. However, it spawned some commemorative recreations like this one. Basically, it’s a 1953 Corvette in the front and a Nomad two-door station wagon in the rear. Striped with vertical bars of chrome down the back and punctuated with small, round taillights indicative of the era, it actually looks kind of cool from the back; it’s the profile that throws me.

Loaded with a 5.7-liter LS1 V8 rated at 350 horsepower and 375 pound-feet of torque, if you were to buy this car you could row your own with the six-speed manual transmission. Also included in this funky car is a limited-slip differential and upgrades like a Bose audio system, heated and power-adjustable seats, cruise control, power steering, and dual-zone climate control. Custom embroidery adorns the seats and the console along with a metal plate proclaiming its status as a commemorative version. Bring a Trailer says its one of six built with a Nomad-style roof instead of the original rear hatch. 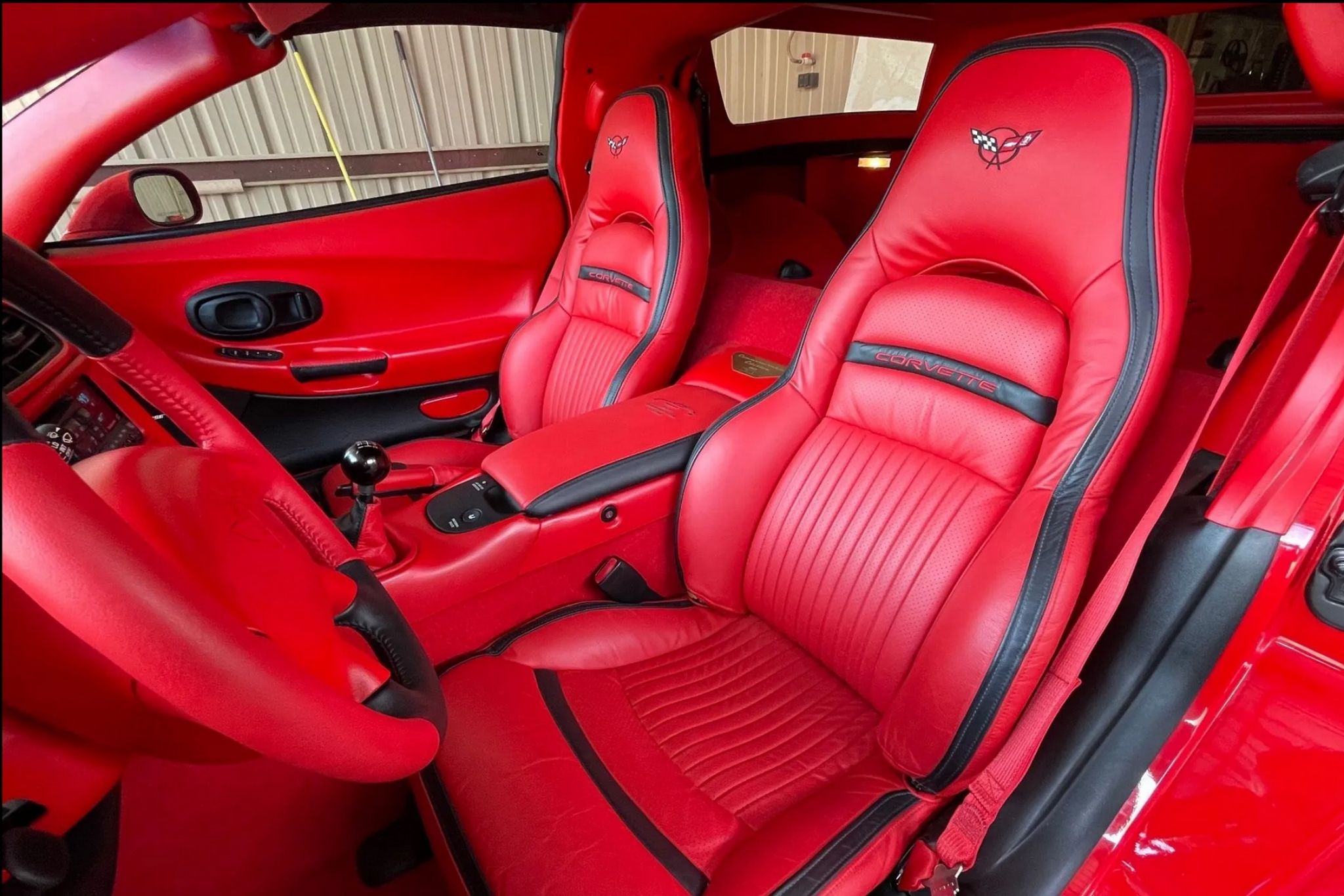 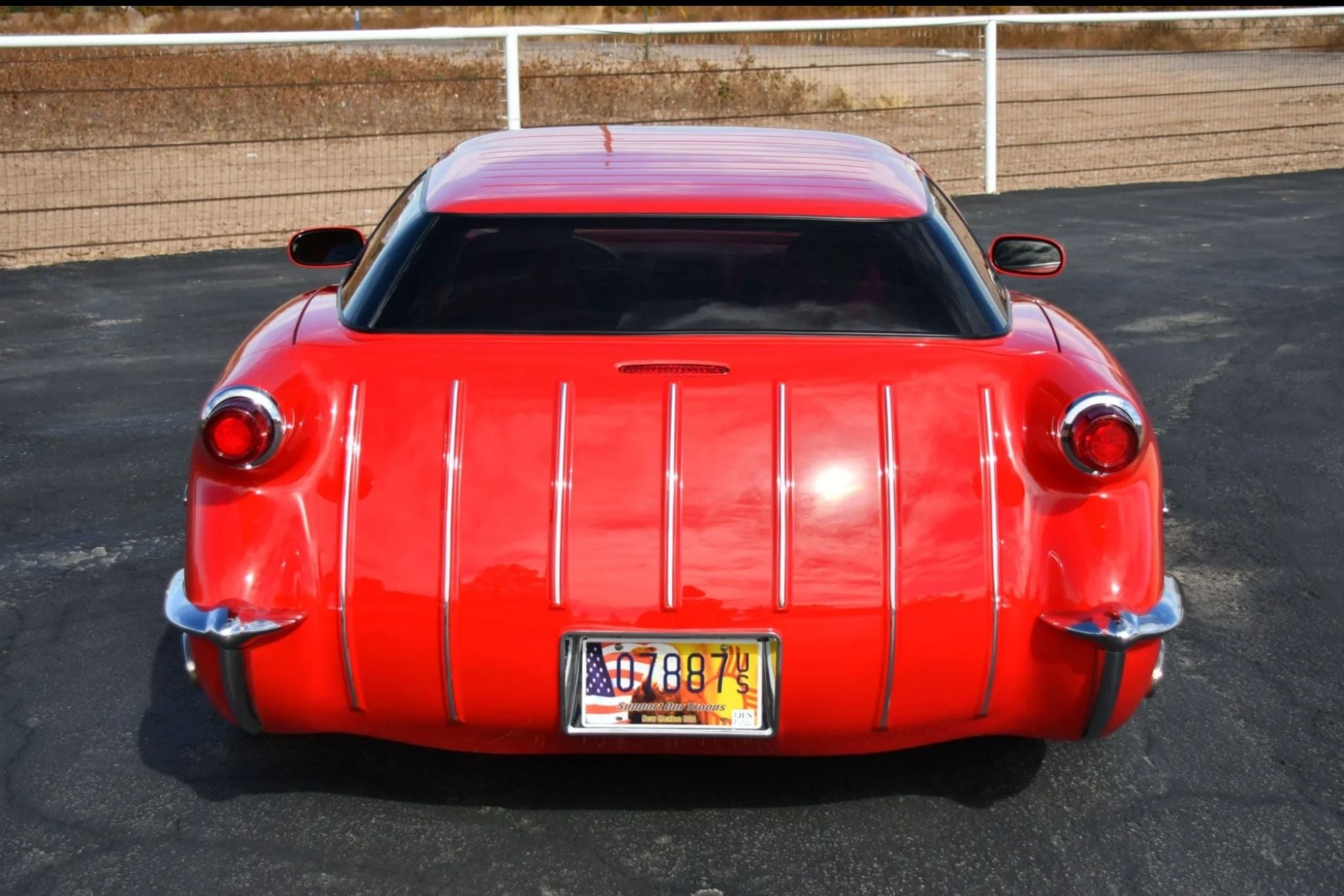 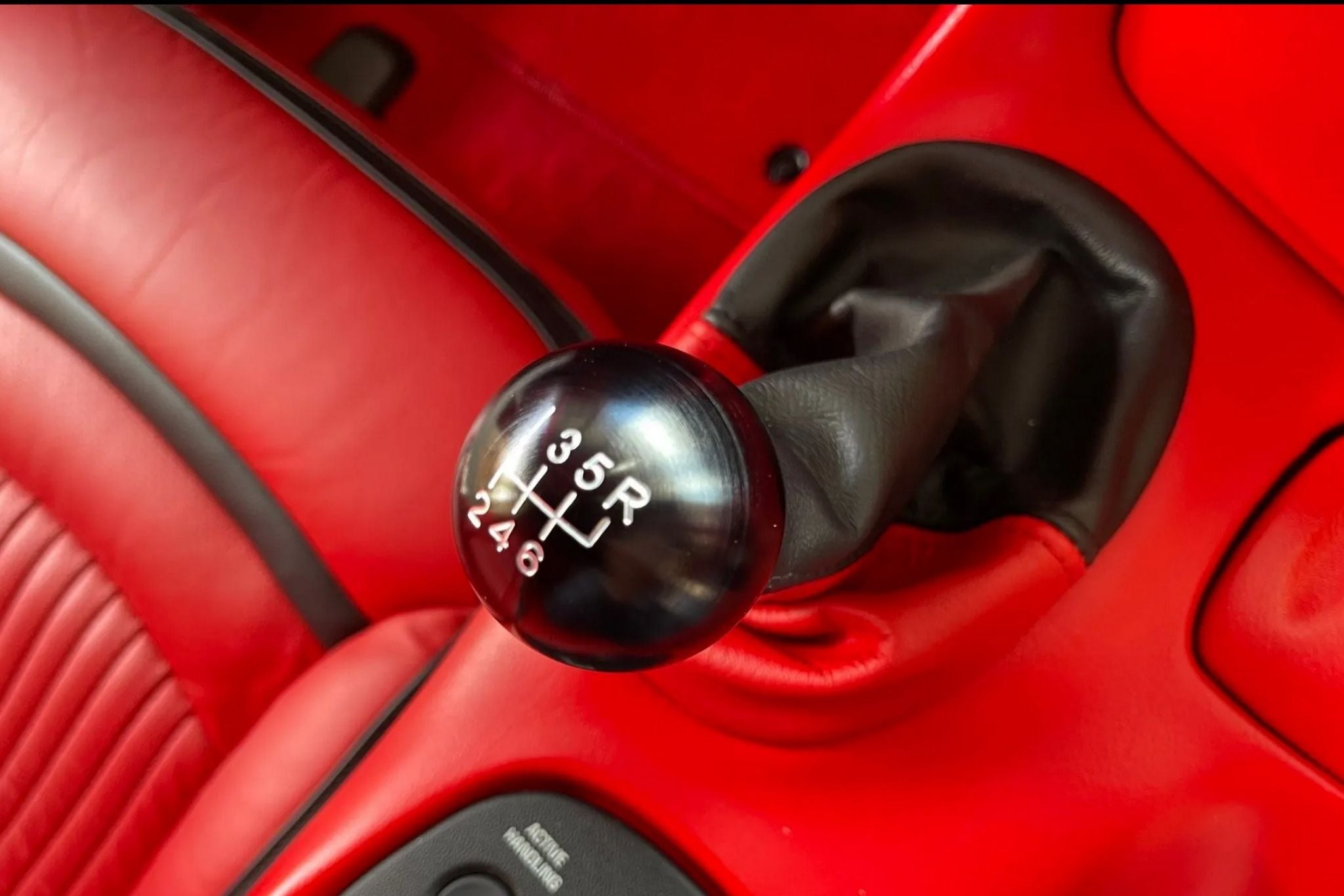 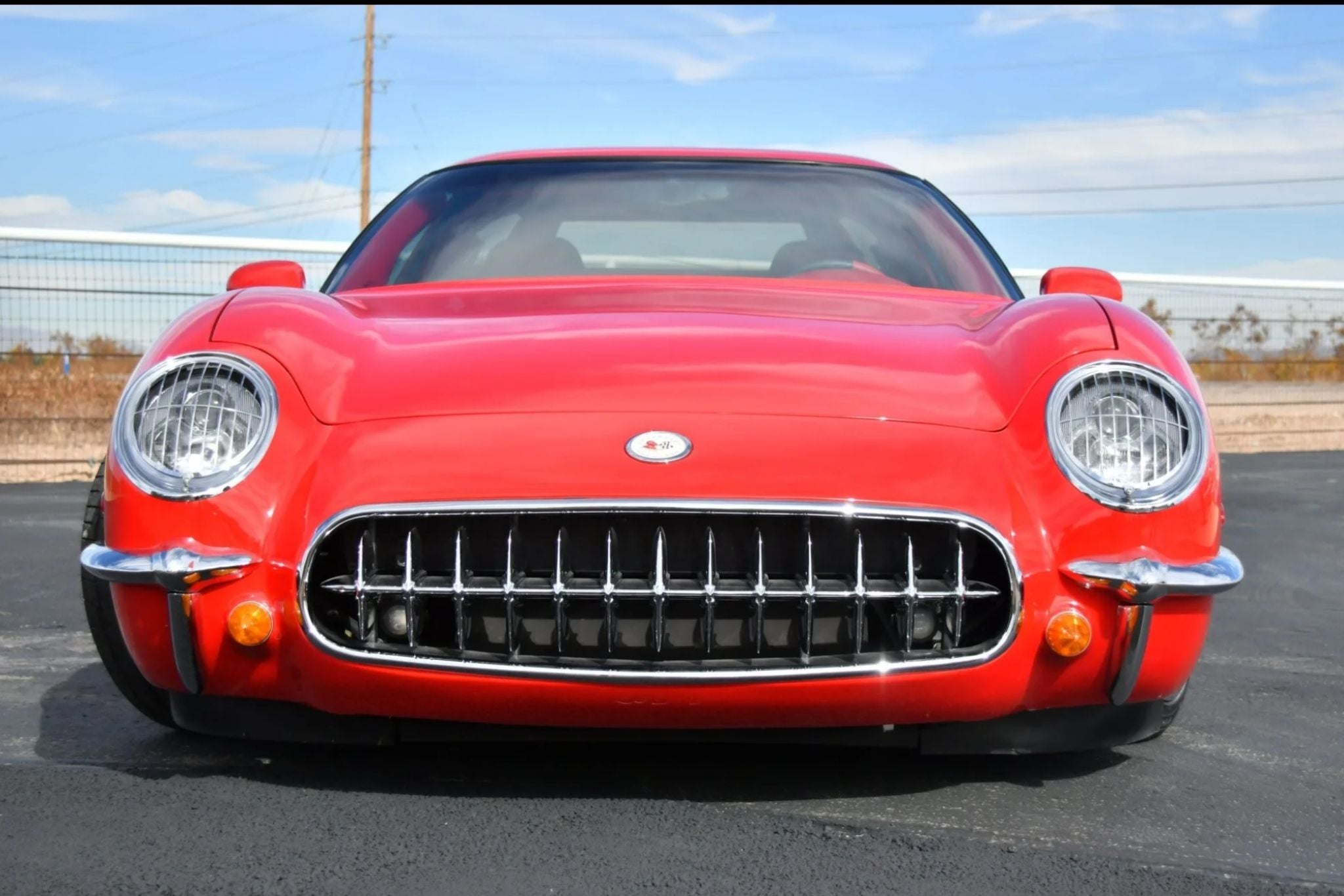 I’m not saying that this 2004 Chevrolet Corvette Sport Wagon is ugly. All I’m saying is if the devil in the 1979 Charlie Daniels song had gone down to Georgia for a car instead of a soul, this red on red mashup might have been a top pick. Anyone wild about Corvettes who wants their body to be carried to the cemetery in a befitting hearse might love something like this.

Too harsh? You tell me. Comment below or send a note to [email protected]