Hyundai Xcent transmission issue: My car is stuck in the 3rd gear 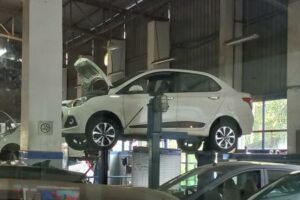 I’m also facing problems with the vehicle’s catalytic converter. The car is at the authorised service centre for the last 2 weeks.

BHPian CrAzY dRiVeR recently shared this with other enthusiasts.

Quick search shows this has been a very common issue with the Hyundai 4-speed TC and unfortunately – most cases seem to have ended with expensive fixes (and other cases are in languages I can’t understand!). Yet another Hyundai issue that is commonly known globally – but isn’t resolved properly by the manufacturer!