Hyundai AX1 to go into production in September 2021 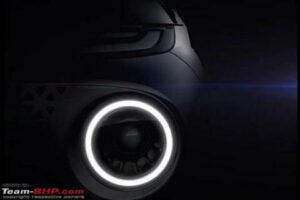 The AX1 is a pseudo-SUV, which is likely to be based on the K1 platform.

We have already seen numerous spy shots and teaser images of Hyundai’s quirky little compact crossover (codenamed: AX1). Now, according to a media report, the car is set to go into production in September this year.

The AX1 will be built at the newly commissioned Gwangju Global Motors (GGM) factory in South Korea. The plant is a joint venture between Gwangju city and Hyundai Motor and is said to have an annual production capacity of 70,000 units.

The AX1 is a pseudo-SUV, which is likely to be based on the K1 platform that also underpins the Santro and Grand i10 NIOS. It will be positioned below the Venue in Hyundai’s line-up and will compete with the upcoming Tata HBX.

The car is rumoured to be powered by a 1.0-litre naturally aspirated petrol engine and a turbocharged unit with a similar displacement. The engines could be mated to either a manual gearbox, automated manual transmission or a proper automatic gearbox.