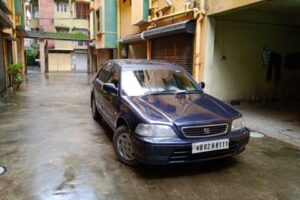 The car had done 87,000 km, thanks to its 6 previous owners. It did have a few niggles but we resolved most of them & after which, it performed flawlessly.

BHPian snehanshuchk recently shared this with other enthusiasts.

Deciding what to buy

I wanted something fun to drive and something that will help me improve my driving skills and also a car that I will be able to work on by myself mostly. The budget wasn’t much so the obvious choices were – Esteem, Baleno, City (VTEC was sadly out of budget), and old Octavia 1.8T. I always liked the SX8 Honda City so I was more biased towards a City.
Hence the search began for a City. After a few days of searching, I stumbled upon this car: A 1998 Honda City 1.5EXI – with 6 previous owners the car looked clean, had minor underbody rust and all the documents were available. The car had 87k km on the odometer, but the speedo-cable wasn’t working, and it had coolant leaks from the upper hose, which at the time I thought made the car overheat, minor engine oil leak from the valve cover gasket, AC blower made noise and the dealership said it needed new engine oil. My father and I decided to buy this car because we thought that the problems wouldn’t be that expensive and they won’t be that hard to solve either. Upon bringing it home, our first job was to properly wash it and detail the engine bay. 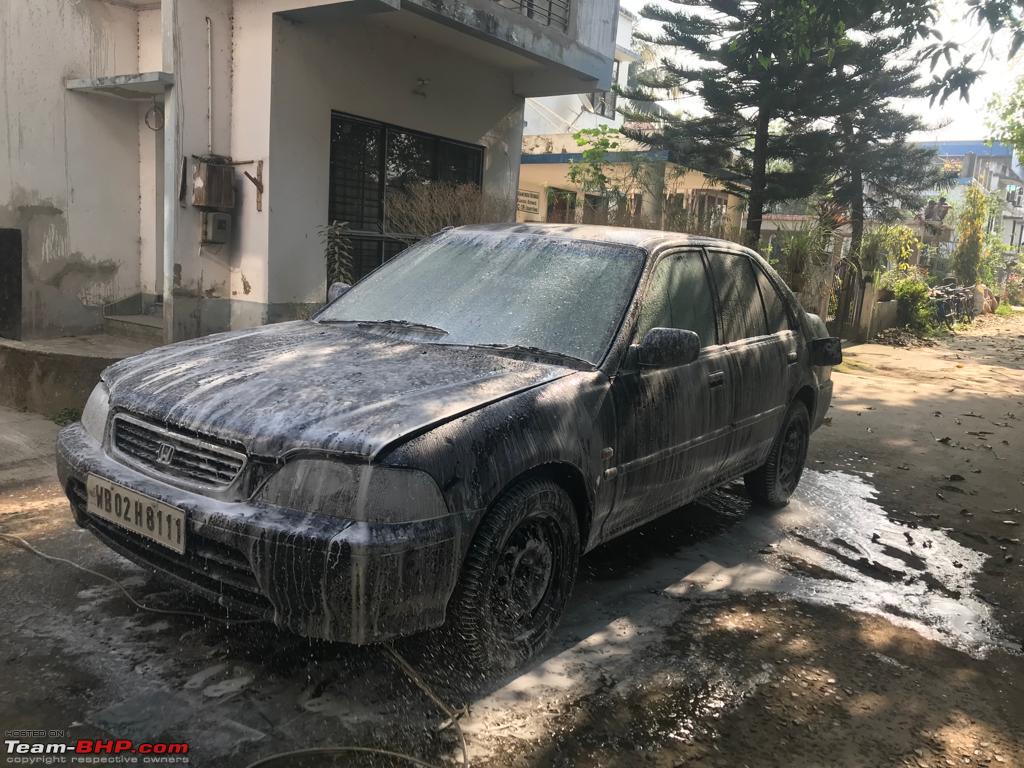 Then the engine oil and oil filter were changed. I also ordered a pair of master brake cylinders for the rear drum brakes and new brakes shoes, a fuel filter, new control arms (because the old ones were making noise), a new bush for the anti-roll bar, new battery (as the old one was having issues starting the car), new valve cover gasket and new high-pressure coolant hoses, new V belts for the car because they were making squeaking noises, and a new air filter.

After doing a bit of research I found out that the spark plugs which were currently on the car were of the wrong rating so I ordered a set of new NGK BKR6EGP spark plugs. The spark plugs along with a new air filter made the car significantly smoother and faster than it previously was. I also ordered a pair of new headlights from a brand named Depo, with Osram 90/100 bulbs. I also tried to change the bulbs in the instrument cluster to LED, managed to successfully do it but also found out that the check engine bulb was removed from the car. But now, after driving for a few minutes, the car would show a check engine light, and since this car wasn’t an OBD2, so checking codes was very difficult, but thankfully, Tgo, a Team bhpian from the forum helped me by linking a thread which showed that we can short the 2 pin connector with a piece of wire and then read the blinks of the check engine light and identify the fault codes.

So after checking the codes, it turns out that the car had two issues: Speedometer Cable and O2 sensor.

Problem 1: I was surprised that the car can detect if there is a speedometer cable attached to it or not because the cable just rotates inside its housing and doesn’t carry any information. The speedometer cable was in transit so that wasn’t a big issue.

Problem 2: The O2 sensor code scared me a little bit because O2 sensors are pretty expensive so I decided to check if the O2 sensor had any connection issues and thankfully it had. It turns out that the connector was not working so, as a temporary fix, the wires were connected directly. After turning the car on and off and checking the codes, only the speedometer code remained which also got resolved in a few days.

After the check engine light was dealt with, only one problem remained, the overheating issue. Even after fixing the coolant leaks, the car used to overheat really easily, even while idling and I could not think of a reason why this would happen, as the radiator fans were working and the car had coolant in it.

So I decided to talk to Debdeep Uncle who has had many Honda City SX8s over the years, and the first thing he told me to do was to check if the radiator was clogged, and as it turns out, it was.

So a new radiator had to be bought for the car and it completely solved the overheating problem. Now the temp gauge always stays below the halfway mark.

We had to change the engine oil of the car after changing the radiator because the old engine oil was completely burnt because of the overheating.

We decided to give the car a set of new shoes because the old tires had gone bald. We chose the Continental UltraContact 185/65 R14, this significantly improved the handling characteristics of the car.

After resolving almost all the issues of the car, we took it on a 15hr long road trip and the car performed flawlessly and for the first time, I calculated the fuel economy to be 13kmpl on highways with around 80kmph average speed. I also tried to push it above 120kmph on an empty highway but it felt really floaty at around 120kmph so I didn’t push it further.