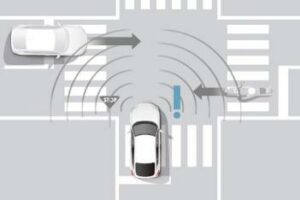 Honda has unveiled a new safety feature called ‘Sensing 360’. It is an omnidirectional safety and driver-assistance system, designed to eliminate blind spots. It also comes with a number of assistance features including a collision-avoidance system.

The new Honda Sensing 360 is said to be deployed in 2022, with China being the first market. The system will then be introduced in a phased manner across all major markets by 2030.

The system uses a total of 5 mmWAV radars, one at the front and one each on every corner. This is then augmented via a monocular camera which gives the driver a 360-degree view, eliminating blind spots in the process.

Honda cars with the Sensing 360 feature will feature audio and visual warnings on the digital instrument cluster, in case the system recognises a risk of collision.