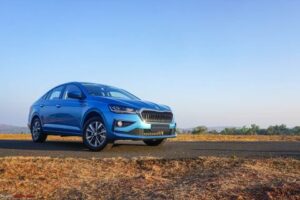 I didn’t feel the City was any better than my current Tata Zest from 2015 except for a better engine, hence had to take multiple test drives.

BHPian hdman recently shared this with other enthusiasts.

I test drove both Slavia and City on separate occasions and here are my thoughts on the two:

1. I felt City required lot of aftermarket upgrades. Case in point, there are no tyre well insulation and overall NVH left lot to be desired, the ground clearance didn’t give me a lot of confidence, and tyres are too puny; have read City owners complaining about tyre burst due to shorter sidewalls – all this would mean I have to spend 1 lakh over the MRP risking the OEM warranty. On the other hand, I felt no such thing with Slavia. It felt almost perfect the way it is, except few plastics on the vents and dash that might not stand the test of time. The ICE on the Slavia is just amazing, City doesn’t even come close, it has much better audio output and UI; and with better NVH, Skoda felt even better.

2. Slavia nails the build quality game, City is nowhere near it. Slavia had a better paint quality, doors felt much heavier and secure. City felt quite flimsy especially the rear doors, I test drove the City on three separate occasions but it always felt like “not quite there” to me.

3. City has better driving dynamics, I felt more connected to the road in the City and steering felt much nicer to hold and manoeuvre. The 1.5l iVTEC unit is what you pay for. Slavia 1.0l is no slouch either but it’s just not as good as the Honda. On the brighter side you have an option of upgrading to 1.5 TSI in Skoda.

4. Slavia is more practical with 60:40 split rear seats, bigger boot and much nicer centre armrests both in the front and back. Hondas might have great ergonomics but the Skoda was a tad bit better. Also, with high ground clearance Slavia felt like a much easier car to live with.

5. Both cars look great IMO, though the large chrome slab on the Honda can be a turn off for many. Slavia has no such controversial elements, making it more accepting to the most.

6. I don’t like 2-spoke steering wheels, Slavia has it and it’s not something I found fascinating.

7. I am 6’2″ and I felt City was designed for shorter people, although I can’t fit in the rear of either. I have to slouch a little, but it’s something I have accepted to do now. City with the sunroof didn’t have enough room for my head even in the front. Slavia had no such issues.

8. City’s suspension felt more plush than Slavia’s, atleast in the metropolitan area but based on the reviews Slavia is much better on the highway and that’s where I generally use my car.

9. Honda is definitely a more logical buy – better brand value, better service, much better resale, reliable, cheaper to buy and own; while Skoda is more of an emotional decision for me – better looks, comfortable and that European family it comes from.

10. I felt Honda’s salesmen and service centre to be quite laid back and uninterested, contrary to popular opinion. Skoda felt like a much nicer and exciting place to be at. It’s like Honda isn’t even trying now, I had to call the Honda toll free to get me a test drive as the salesmen promised a date and time but didn’t show up. I don’t expect to be treated in such a way if I am shelling out 17-18 lakhs.

11. I didn’t feel the City was any better than my current Tata Zest from 2015 except for a better engine, hence had to take multiple test drives. IMO, Zest even today is much superior in many ways than the City. Slavia did feel like an upgrade and something I could readily do.

12. I would rather wait if I have buy a Slavia though. I am scared of Skoda’s ASS and want to see whether they change for better during India 2.0 strategy.