Here\u2019s Why the GAZ Siber Never Really Took Off 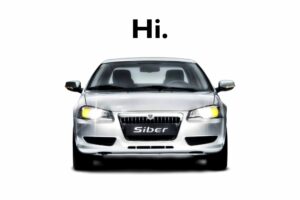 The GAZ Siber is the answer to a trivia question that perhaps not that many car buffs will be able to get right, with that question being the name of the sole U.S.-designed sedan produced under license in Russia during the past 30 years with its own badge. The Siber remains in a rare (and let’s face it—deeply obscure) category when it comes to foreign vehicles produced under Russian brands and nameplates, with the one other “prominent” example being the Doninvest Kondor. (Give yourself a pat on the back if you know what that car originally was).

The Siber seemed to have a lot of things going for it, at least when the project was conceived, but it ended up being a sales flop shortly after entering production in 2008, remaining on the line with a few hiccups only through the 2010 model year. And it was also cooked up in a rare window of sorts when such a project was even possible: at the height of the country’s industrial cooperation with western firms, sparked in part by high oil prices in the mid-2000s, and during a relatively favorable political atmosphere. As with a great number of other projects conceived in one economic climate to arrive in a markedly different era, during the economic crisis of 2008, the Siber was badly timed. 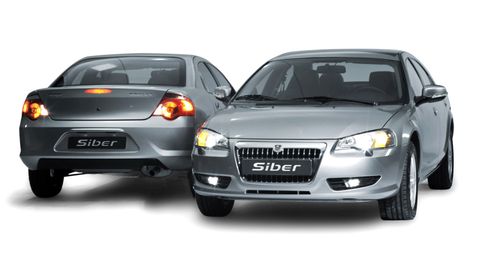 But as some have since pointed out, the sedan was not likely to succeed even absent an economic crisis, a crash in oil prices, and everything else that plagued Russia’s economy and industry in the late 2000s. And in many ways the project reflected the issues faced years prior with other new sedan designs launched by GAZ, or Gor’kovsky Avtomobil’ny Zavod (Gorky Car Factory), including the 3105 and the 3111.

In that regard, the Siber was just the latest victim of the marque’s struggles to launch a new model.

Of course, the Siber itself did not represent a direct carryover of all the styling and hardware of the second-generation Chrysler Sebring. The sedan wore unique front and rear fascias, and featured a slightly higher ride height to make it more suitable for the country’s roads, or rather some mild off-roading. The Siber was offered with just a 2.4-liter inline-four with 143 hp on tap and a choice of only two trim levels, to keep things simple. A five-speed manual was still standard, reflecting some local market preferences (if the thought of a manual in a Sebring did not seem odd to American buyers at this point in time), while a four-speed automatic was an option. A whole host of modern items like cruise control, traction control, ABS brakes and airbags were standard, as opposed to what GAZ offered its dated models at the time, as were power seats and windows. The Lux trim threw in leather seats and some wood trim, along with 10-way power seats.

A new plant was built for the assembly line moved from Michigan’s Sterling Heights to Nizhny Novgorod, a few hundred miles east of Moscow, with GAZ paying $150 million for the assembly line and related tooling. GAZ planned to eventually crank up the output to 65,000 units a year, but aimed for a modest 10,000 in the first year and 45,000 in the second year.

In reality, just a couple of thousand managed to leave the factory between 2008 and early 2009. After a halt in production due to sparse demand, GAZ managed to sell several thousand more sedan to the government, specifically to traffic police and federal emergency ministry, once production restarted in 2009. But the total production run still ended up being just shy of 9,000 units over a period of about two years.

What was to blame for the Siber’s untimely demise half a world away?

One issue was the segment’s popularity in Russia to begin with when it came to domestic brands, and with the GAZ factory’s traditional reliance on sedans of this type. The GAZ plant had been best known in Soviet years for producing the plushest sedans that at least some private citizens could afford, building such cars as the M20 Pobeda in the post-war years, the GAZ 21 Volga, and the later GAZ 24 family which stayed in production from 1970 well into the 2000s. GAZ used to build trucks as well, in addition to its line of midsize sedans, but aside from a few smaller projects like handmade government limos the factory had seldom offered anything besides roomy sedans when it came to passenger cars. 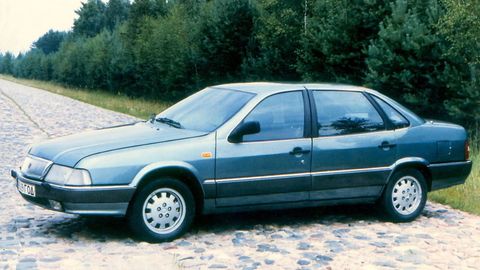 The first such doomed sedan project was the 3105 sedan of the early 1990s, which was a very advanced, all-wheel drive V8 sedan developed during the late 1980s. Just around a hundred were produced between 1994 and 1996, all by hand, in what was definitely not a money-making venture when production began. About the only demand for the sedan was from a few government agencies in the mid 1990s, including the Moscow mayor’s office, but with a sudden tsunami of used European and American cars there was no real market demand for the 3105.

The second doomed sedan project came a few years later with an adventurously-designed 3111 sedan. Once again a plush, midsize sedan, the 3111 offered inline-four and V6 engines, a spacious interior and some modern tech like ABS brakes. Out of tens of thousands units per year planned, just over 400 ended up being produced between 2000 and 2002, with the 3111 losing sales to much older GAZ sedans that were still in production, and that were relatives of the GAZ 24 that debuted all the way in 1970. In retrospect, some noted that very few of the lessons were learned from the prior 3105, such as market research, while older sedans the the GAZelle vans and small trucks allowed GAZ to stay in business. Some of the new parts introduced with the 3111 went into a number of other cars, so on some level the project itself was not a complete waste. A number of commentators also pointed out that the 3111 was still uncompetitive against Korean and European sedans offered in Russia at the time, while the fit and finish was spotty at best. The percentage of private buyers was a little higher than with the 3105 this time around, but total output still sat well below 500 units, so both were very much exercises in handmade coachbuilding than anything else, which is precisely what GAZ wanted to avoid. 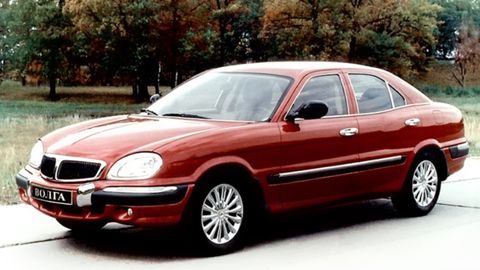 In 2008 it was the turn of the Siber to run the same gauntlet, with GAZ once again hoping to wean itself off very dated models like the 31105, which was a relative of the same old GAZ 24.

But right from the start, the Siber still faced the same competitive pressures from Korean, Japanese and European models, which had only multiplied since the last two attempts at a new sedan project. As a result, a big chunk of the produced cars still went to government orders, lacking any meaningful organic demand from the new car market. It’s also worth noting that the country suffered badly in the economic crisis of 2008, which coincided with the start of the Siber’s production, so chances of private sales were slim to begin with.

But even reviews of the time (at least the ones that weren’t overtly rosy about the Siber) noted that it was bit of an odd choice in a market saturated with a vast variety of budget-priced Korean and European sedans—an even greater variety than in North America—at a time when midsize sedans of its type were being shunned in favor of SUVs and crossovers. 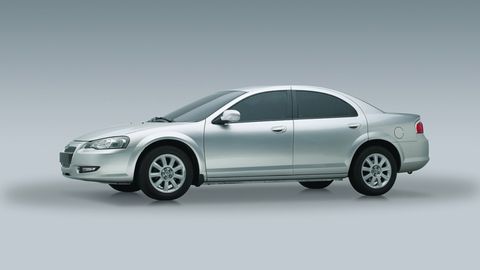 Perhaps more importantly, GAZ’s marketing didn’t quite answer the question of why buyers should pick the Siber over the competition, besides the car wearing a domestic badge, which at the time was not really a motivating factor at all.

A decade after the attempt to turn the Sebring into a domestic hit, GAZ has mostly kept to its small truck and van lineup, largely swearing off passenger car efforts. Sibers aren’t quite the rare collectibles like the 3105 and 3111, but in another few years we figure it’s going to be tough to spot them on the streets at all, due to age and parts support. And in another few years, car enthusiasts who weren’t even alive when the Siber was in production will see these at car shows in Moscow and take selfies with them.

Have you seen any privately-imported foreign-market cars in the U.S. lately? Let us know in the comments below.