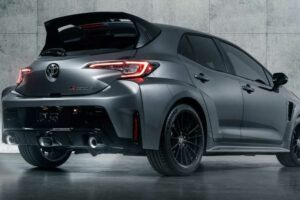 There’s no denying that the 2023 Toyota GR Corolla is going to be a hit. Its rally-racer appearance and enthusiast features make it one of the most interesting cars to come out of Toyota in quite some time, and the fact that it even exists is almost un-Toyota-like. Either way, the mighty hatch gives off some seriously old-school TRD vibes from the Gazoo Racing division, and one of its most interesting features is the triple-pipe exhaust.

These cool tailpipes poke out from behind the rear valance, quickly raising the question of whether they’re real, fake… or real fake. Does the third pipe play a role? Does it sound different? Does it do something new? Just what is the point? 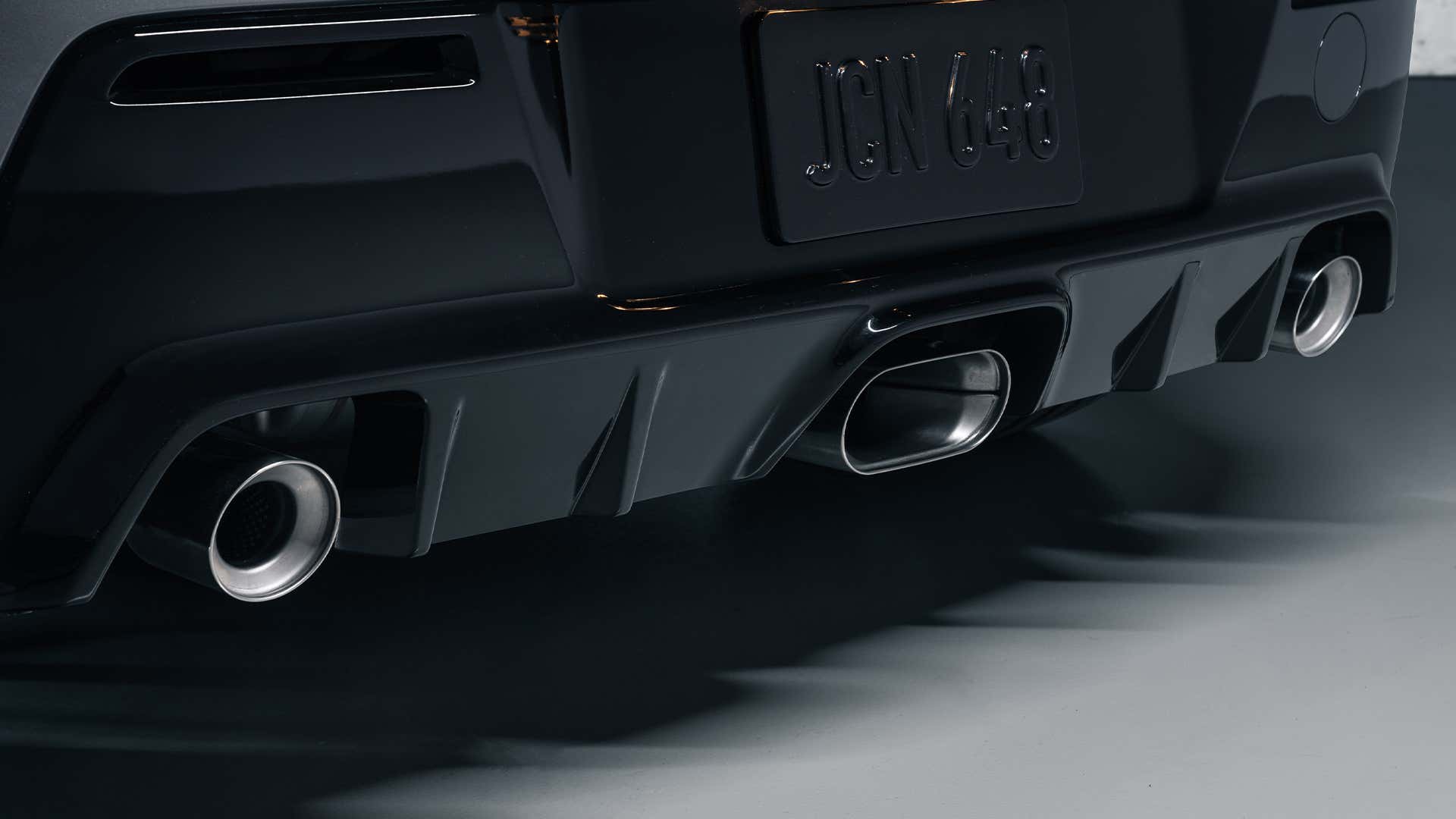 We asked Toyota, and it turns out that all three tailpipes are real and functional. There are no fake vanity tips here, and the center exhaust is actually a purposeful engineering choice rather than something the design team added for sporty looks.

“The center one is for the high-power,” said Toyota Chief Engineer Naoyuki Sakamoto in an interview with The Drive. “Above a certain engine rpm, there is a valve. So they open that and it goes straight to the outside of the car, which reduces the backpressure and achieves the 300 horsepower.”

The backpressure that Sakamoto is talking about is the force it takes to move gasses out of the car’s exhaust, which can be detrimental in a turbocharged car like the GR Corolla. Too much backpressure and the turbo is fighting to evacuate the hot gasses trapped in the exhaust. A more free-flowing exhaust system means less turbulence and less backpressure.

Remember, the powertrain in the GR Corolla is the same 1.6-liter, three-cylinder engine found in the GR Yaris, though it’s a bit spicier thanks to forged pistols and higher boost pressure. Sakamoto credited the exhaust setup with allowing Toyota’s engineers to crank up the boost for an additional 32 horsepower.

“We can’t say [what the boost pressure is,] but actually, it’s proportionate to the torque, so you can guess,” said Sakamoto, later continuing: “Compared to the GR Yaris, I’d say 10 percent more.”

So there you have it—more power, more noise, and more exhaust tips. It’s also just plain more fun from the Toyota brand in general, which we’re definitely welcoming as what seems like a last-hurrah-type moment on the eve of electrification, especially as other automakers like Subaru have bowed out of more sporty trims (like the STI). So, hat’s off and good luck getting one because these will certainly be subject to dealer markups and availability issues.

Toyota hasn’t yet announced pricing for the GR Corolla but did mention that it will go on sale later this year with a limited-run, launch-year-only Circuit Edition leading the pack.