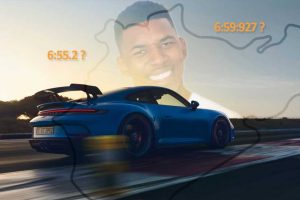 For years, the Nurburgring has been one of the—if not the most representative tests of vehicular performance in the automotive industry. Legacies have been made but also broken on the Nordschleife, and often by mere seconds. Until recently, automakers published a single figure displaying a car’s lap time around the ‘Ring, but now they’re publishing two different ones. Let us explain why that is.

A lap time represents just how quickly a car can sprint through more than 12 miles of treacherous turns and gallivanting straights, based on an official gentleman’s agreement on how to time the runs. Now, after more than two decades, the officials have finally stepped in and adjusted how a lap is defined—and now sharing records have gotten a bit, well…complicated. 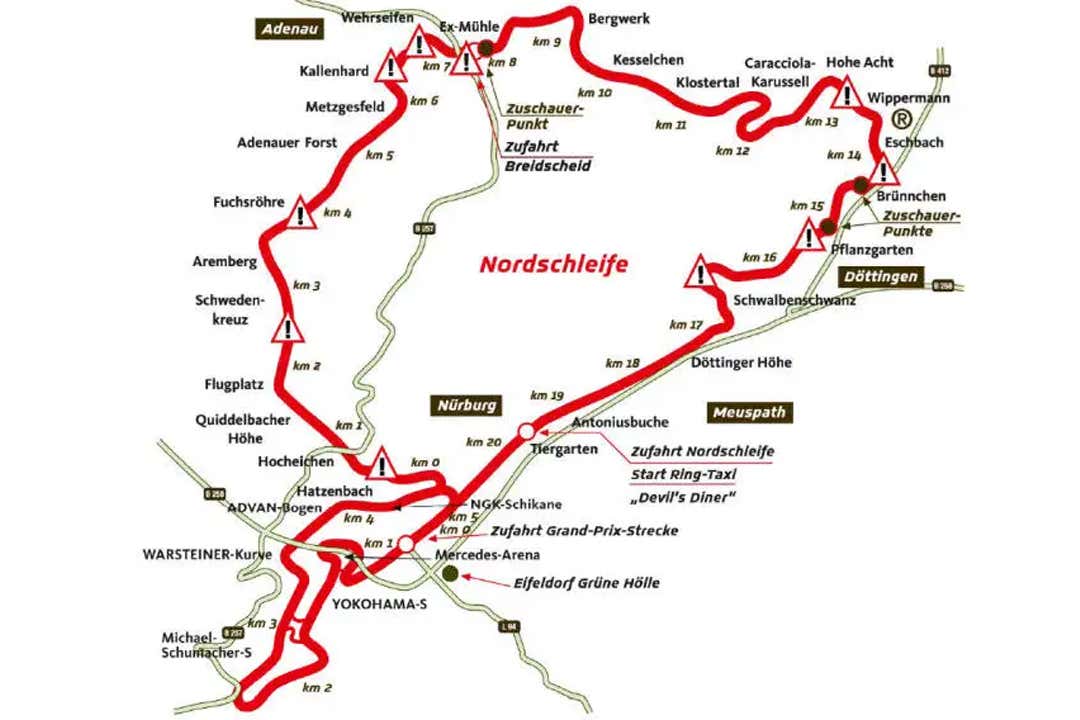 The real Nordschleife circuit, including the F1 Grand Prix track.

We briefly mentioned this when talking about the new Porsche GT3 ‘Ring record, because, boy, is that thing fast (and it sounds damn good too). This confused some readers, because although Porsche published two sets of numbers when announcing the record: a 6:55.2 lap (which was enough to beat. the previous GT3 record) and a longer lap clocking in at 6:59.927, despite it being the same car on the same pavement.

It all boils down to the unofficial method of tracking that manufacturers have been using to track their lap times since at least 1997. The clock would begin when cars crossed the starting line at the end of the straight at Turn 13, and then ended at the finish line which was actually 760 feet before completing the circuit. The result was a 12.8-mile sprint—the 6:55.2 lap set by the Porsche GT3.

That lap became the de facto method of measuring vehicle performance at the mecca of automobile trials. But in 2019, that changed when Nürburgring 1927 GmbH & Co. KG decided to utilize the same location as the starting and finishing point, growing the official lap length to 12.944, according to an explanation given to Classic Car by Mercedes-AMG. The time it took for the car to traverse the total track is the second length that Porsche published, 6:59:927.

We’ve reached out to Porsche to inquire about its specific explanation behind the two lap times, and we will update the story when we hear back.

Publishing both times helps consumers and race aficionados better compare modern cars to vehicles that ran the legacy lap in their heyday, and while the difference may only be a matter of seconds, that’s enough to bump a car several spots up (or down) on the track record board.