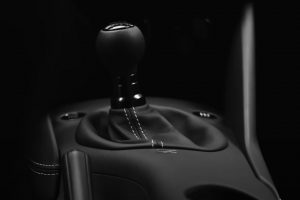 We’ve already said that Nissan hasn’t left itself much time to squeeze in the de riguer new car teaser campaign for the ‘Z-Proto‘. But the Japanese manufacturer is damn well trying – the titbits of information are coming thick and fast ahead of the concept’s 16 September reveal.

We’ve already seen Nissan vice president of design Alfonso Albaisa show a design sketch of the car’s 300ZX-like rear end, and a couple of days ago there was yet another teaser we ignored since it didn’t really reveal anything new. This latest one for the Z-Proto – a concept which previews the 370Z-replacing ‘400Z’ – is a little more significant, however.

We get a clear shot of the centre console, revealing a manual gearbox. As a bonus, we can also see a manual handbrake – remember those? Meanwhile, up and to the right, there’s what looks to be a button to activate an auto rev-matching feature, as also found in the 370Z. There are some brief shots of the exterior as a bonus, giving a glimpse of the coupe’s wheels.

Want to buy a Nissan? Check out the latest deals on BuyaCar.co.uk

The video is titled “Hear the Nissan Z Proto roar,” but don’t expect too much in that department – there’s a brief rev amidst the bombastic music, repeated as the Z logo appears. It sounds a little weedy, but we’ll reserve judgement until it can be heard under load.

The noise is almost certainly that of a six-cylinder engine, tying in with long-running reports that the 400Z will be powered by Nissan’s VR30DDTT 3.0-litre twin-turbo V6, an engine also used in the Infiniti Q50 (known as the Nissan Skyline in Japan) and the Q60.

Although the Z-Proto isn’t a production car (the clue’s in the name), it doesn’t – from what we’ve seen so far – look far from being showroom ready. The one you can actually buy should be revealed at some point next year.