Home » Auto News » Have You Ever Sworn off a Car Brand After a Bad Experience?

Have You Ever Sworn off a Car Brand After a Bad Experience? 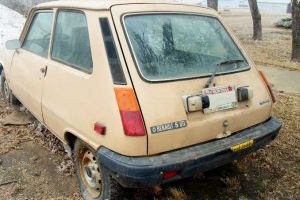 The bad old days of cars rusting to bits in mere months are seemingly in the rear-view mirror, but this doesn’t mean there aren’t plenty of other things that can nickel and dime you into the welcoming arms of another dealership. Plenty of brands embarrassed themselves with their disposability not that long ago, which is why we don’t see too many Daewoo Lanos hatchbacks in our daily commutes, but as sad as Daewoos might have been it’s hard to be mad at them because they were cheap, like other cheap cars that came before them.

But there’s a reason you can get a decade-old Maserati Quattroporte for the price of a base Hyundai Sonata these days — those things spent a lot of time in dealership service bays and managed to lose more than half their value in just a few years.

There are also a few reasons why it’s difficult to spot a Land Rover Freelander on the street these days. (Remember those?) And they’re not old cars at all. We see more Volvos on the streets that are twice the age of those Freelanders.

Vehicle reliability has made impressive strides over the past two decades, but in the age of touchscreens it’s still very possible to end up with a vehicle that ends up seeing the inside of a dealership service bay once a month, thanks to some sensor that needs replacement every few weeks, or a dash light that just won’t go away.

But have you ever given up on a brand completely and never bought their cars again due to mechanical issues, whether in the recent past or the distant past?