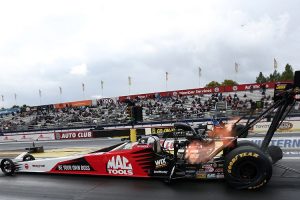 Even before NHRA Camping World Drag Racing Series Top Fuel racer Justin Ashley was honored Saturday as 2020 NHRA Rookie of the Year, Doug Kalitta, the 1998 award recipient who has gone on to win 49 races, gave him props.

“From what I have seen, he is doing a great job. He is really consistent on the tree. He is hammering the tree most of the time,” Kalitta said. “You have to be on your ‘A’ game when he rolls up next to you, for sure. I am real proud to see what he is doing.”

Kalitta wasn’t all that proud of Ashley in the first round Sunday.

Ashley used a slightly better reaction time at the starting line (.041 of a second to .048) and low elapsed time of the meet to upset the No. 3 qualifier Kalitta in the first round of the Dodge NHRA Finals at Las Vegas that left Kalitta, who has won 70 percent of his opening-round match-ups, in second place the standings for the second season in a row and sixth time in his career.

“I just ran the wrong guy in the first round. It’s just unfortunate,” the Mac Tools Dragster driver said. “We would have beaten just about everyone else out there.”

Repeat champion Steve Torrence agreed: “I was just looking at the run, and that run that (Kalitta) made, the reaction time and the E.T. would have beat us. So yeah, I’m excited that we won our third championship. I was excited to get that win. With that being said, I know what it takes to get here, what it takes to be in this position and how hard every one of those guys over there work and how hard Doug works and the amount of time that he’s been out here.

“And to come up short not just one time but so many times, it’s a mix of emotions for me. I know where his head’s at right now, and I know how it feels. I mean, I’m happy for my team and myself, but I was saddened for Doug and that whole Mac Tools team. They fought so hard and they had a great run.”

Kalitta, who owned the points lead through the first six of the 11 races, was hard-put to explain Sunday’s results.

“I don’t know what else to say,” Kalitta said. “It’s heart-breaking to go out in the first round at the last race. I know I have a hell of a team here. I’m really proud of my guys and everything we’ve done this year. We’re just going have to suck it up, put this behind us and move on and know that we have a great running car with a great group of guys. We were just unlucky today. It was pretty disappointing. We’ve had a good-running car all year. We’ve definitely given it our best. Nothing worse than going out in the first round.”

It’s no comfort at all that he was eliminated by a newcomer to the class who was only four years old when Kalitta, 56, started racing Top Fuel. (Kalitta’s first race was in 1998. Ashley was born in 1994.)

It also was aggravating for Kalitta to recognize that he won the season-opener but was eventually denied the title by a racer who skipped it.

“We wouldn’t have skipped the race if we would have known every race would have counted,” Steve Torrence said. “So it ended up biting us in the butt, really. It made it more difficult for us to be able to be where we’re at today. And who knows? It could have still been in the same situation. We could have gone there and not qualified.”

Both contenders experienced the woulda-coulda-shoulda syndrome, but for Torrence it was a little more palatable.

What will you remember most from the 2020 NHRA season? Is Justin Ashley a future face of the series? Jump into the discussion in the comments section below. 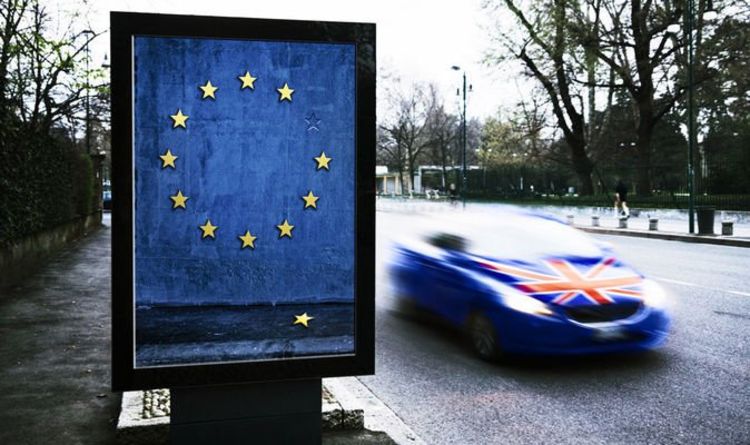