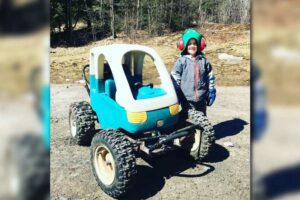 Little push cars like Little Tikes’ Cozy Coupe—the normal one, not the highway-speed one—are a great way to get toddlers moving. But the thing about kids is that they grow up fast, and when they do, they’re quickly ready for bigger challenges. That can mean graduating to a balance bike, a Power Wheels, or if their dad is really cool, a Power Wheels with a lift and an exoskeleton. Or, if their uncle’s a cool dude, a handmade off-road buggy with an actual combustion engine.

Such a vehicle was implied in one of Cory McRae’s Instagram posts to have come about when he was asked to fix his nephews’ Cozy Coupe-style car (originally sold as the Step2 Van For Two), which appears to have gotten its front wheels bent out of shape. Rather than bend them back into shape, McRae went 110 tenths and turned the whole shebang into a kid-sized off-roader. 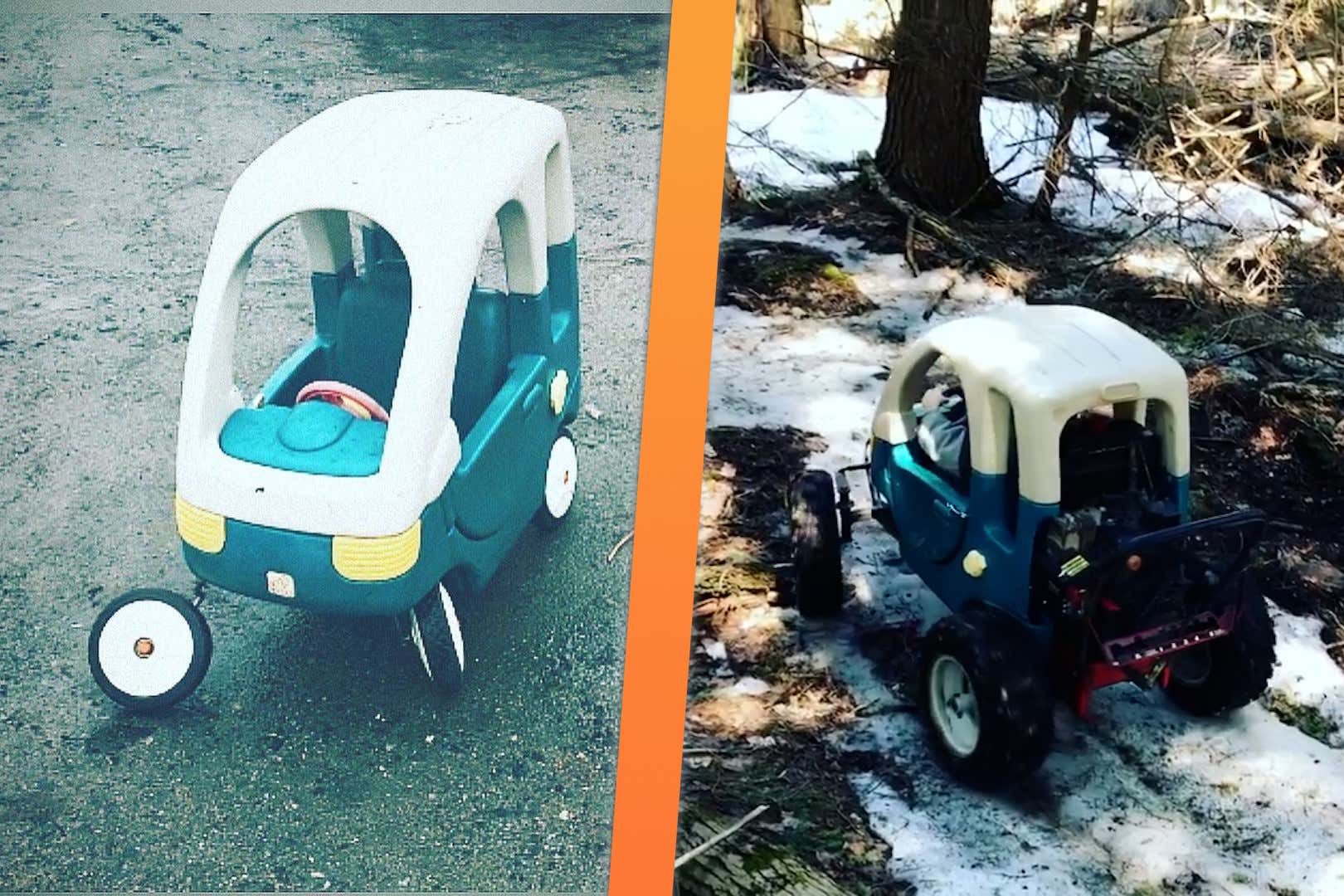 McRae moved the car’s plastic body onto a metal frame, to which he affixed functional steering and a small gas engine. Based on its exhaust note, it’s likely some four-stroke one-cylinder generator motor, though its origin isn’t obvious—it could be anything from a Harbor Freight to a Honda engine. Whatever the case, it powers just the rear axle, on which small off-road tires are mounted. The buggy has no apparent suspension, but plenty of ground clearance, a short wheelbase, and what seems to be a solid rear axle. Even with a driver as novice as a kid at the wheel, it proves an all-conquering machine.

Since McRae’s original post on the buggy, he has further enhanced it by painting its frame (sealing it against rust), adding headlights, and even a reverse gear so his nephews can get themselves unstuck. McRae’s posts say he lets them tackle obstacles in the buggy largely on their own, but he follows them around to act as a spotter, and give a push if needed.

In other words, McRae’s not just teaching his nephews proper driver-spotter rapport for off-roading; he’s helping them learn to trust themselves while knowing they can still ask for help. One can’t help feeling Fred Rogers would approve.