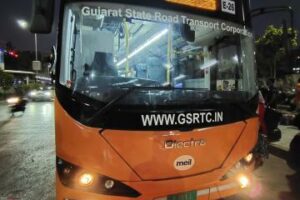 Would I recommend it? For the novelty, yes.

BHPian porsche_guy recently shared this with other enthusiasts. 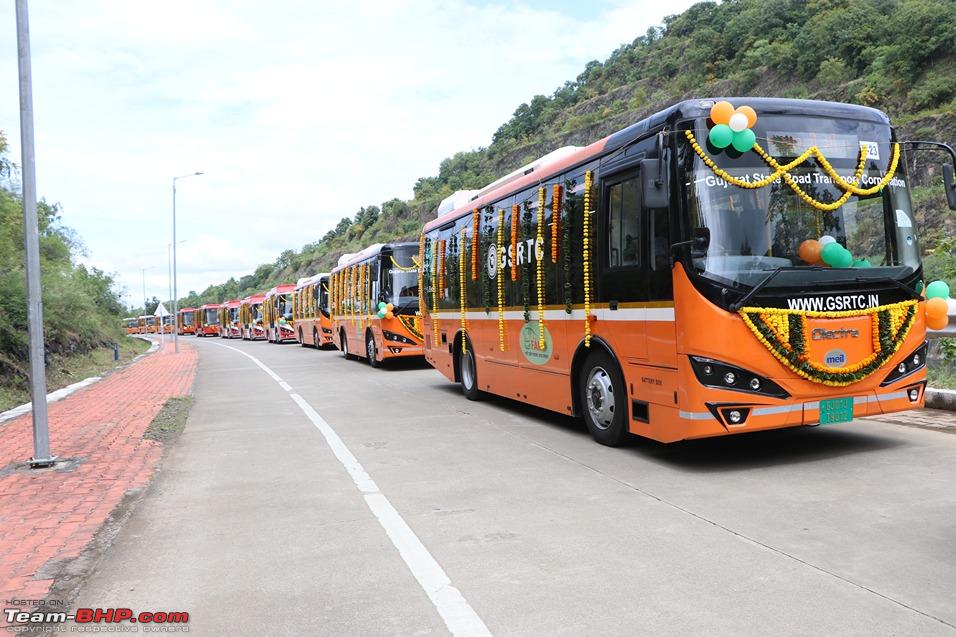 Back in August 2021, BYD-Olectra announced that they had won the bid to supply 50 electric buses to GSRTC. Now, this wasn’t all that surprising considering how various state transport corporations are trying to “Go Green” for lower costs and better public perception, but it definitely made me intrigued with their applications in this specific case.

The first batch of a few buses was delivered by March this year and two of those were put on an experimental basis for the Vadodara-Ahmedabad sector. As soon as I read this news I wanted to try them but the uncertainty over schedules and lack of reservation facilities made me nervous to try it out. Now, finally, GSRTC has inducted these buses properly and they now offer 4 schedules both ways between Vadodara and Ahmedabad I decided to give it a shot. The buses are made by Olectra in partnership with Chinese EV giant BYD. The model used here is the K7D in the nine-metre length. The bus seats about 33 people and comes with facilities such as USB charging. The fare is priced a good 70-80 bucks lower than comparable Volvo fares. They are painted in bright orange colour and procured under the FAME II scheme of the central government. On first impressions, the bus looked quite tiny in front of the mighty AL Vikings and Volvo 9400s that stood beside and with reason. This was a semi-low-floor bus and quite short as well. As you climb inside you are treated to grey interiors with dull blue seats. Do note that there is no centre armrest here. Interestingly enough, the seats are not all at the same level and depending on your luck, you might get under-seat storage or not.

Another peculiar flaw I noticed was the seat numbers were totally different from those shown while booking your ticket so whereas I had booked a first-row seat, it turned out it was actually the last one. The parcel shelf is also incredibly tiny and good for nothing more than a small camera bag. On the plus side, the interiors did look reasonably modern and being brand new, were spotless and neat(although I’m afraid that would change soon). The lack of luggage space and useless parcel shelves also meant that passengers had no choice but to dump their bags beside the emergency exit which can be extremely dangerous.

Once everybody was seated, the bus started moving and almost immediately you notice the NVH (rather the absence of it) and brisk acceleration. It was a boon to not be sitting on top of a vibey diesel engine like the Volvos and be freed from the incessant engine lugging done by Volvo drivers. The compact dimensions also meant a more effortless exit out of the busy roads of old Ahmedabad. The absence of a gearbox also plays excellently and allows the bus to build up speed without any hesitation. The air suspension came as a blessing in disguise over potholes and I actually felt it to be tuned better than the 9400s.

Out on the expressway, it was doing the standard 75-80 km/h speeds as is the limit governed for commercial vehicles. At this speed, it was comfortable and silent which would ordinarily mean a peaceful power nap if only for the cramped interiors and luggage strewn around. Another interesting thing I noticed was that people often didn’t realise the bus was behind them (due to the silent powertrain) and hence the horn had to be generously used.

While we didn’t arrive on time as expected, I wouldn’t blame the bus for it since we were stuck in an unusual traffic jam for quite a while.

Overall impressions are that the bus is quite good, genuinely so but very much unsuited to this route and use case. It will be excellent in other profiles like school buses and intra-city duties but otherwise, it’s only worth the novelty of travelling in it. It truly boggles me how the authorities couldn’t choose a better-suited model for this application.

Would I take it again? Perhaps, no. Would I recommend it? For the novelty, yes. Although the Volvo is just more practical and that’s that. I would definitely prefer paying the premium for it but don’t regret trying the EV either. It was a fun journey and a new experience. Lesson learnt I guess.

PS. Sorry for the poor pics was in a hurry and could not get them in daylight.