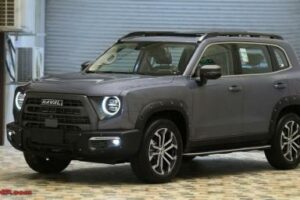 GWM had plans to invest $1 billion in India but failed obtain regulatory approvals from the government.

China-based Great Wall Motors (GWM) has abandoned its India plans. Reports suggest that the company has shut down its offices and has laid-off all 11 Indian employees.

GWM had plans to invest $1 billion in India. However, it failed to obtain regulatory approvals following new FDI regulations that came into effect in April 2020. These were introduced in response to the heightened border tensions between India and China following the Galwan valley skirmish.

GWM was in also talks with General Motors to acquire the latter’s manufacturing plant in Talegaon, near Pune. This deal was called-off after the company failed to obtain FDI approvals from the government.

Great Wall Motors is one of the largest SUV brands in China. The company had showcased its products at the 2020 Auto Expo.