Home » Auto News » Govt. could defer the rollout of 6 airbag rule in India

Govt. could defer the rollout of 6 airbag rule in India 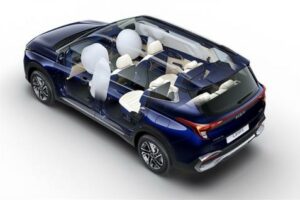 The government of India is likely to delay the implementation of the 6-airbag rule.

According to a media report, the government is still in discussions with stakeholders and wants to implement the rule as soon as possible. However, with the October 1 deadline fast approaching, the rollout is expected to be deferred.

A draft notification to make 6 airbags mandatory for M1 category vehicles was approved by the government in January this year. A few months later, the Minister for Road Transport and Highways, Nitin Gadkari, confirmed that all cars manufactured from October 1, 2022, would be equipped with 6 airbags.

The government also plans to make rear seat belt reminders mandatory in M and N category vehicles. The decision comes in the wake of the recent accident that claimed the life of Cyrus Mistry, the former Chairman of the Tata Group.