Home » Auto News » Got a Kia Carens diesel MT: Reasons why I chose it over its competitors

Got a Kia Carens diesel MT: Reasons why I chose it over its competitors 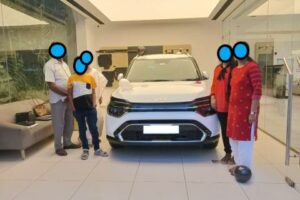 The Innova Crysta was the best of the lot and my wife liked it too. But it was way to expensive when compared to the Carens.

BHPian SU-30MKI recently shared this with other enthusiasts.

Booked a Carens on 8th Aug and got it delivered on 31st Aug – Lux Plus D MT.

I went out to Amazon only for the 7D matt as Kia quoted (Including the boot mat) Rs 10,711 while it was available for Rs 5300 on Amazon. Chrome accessories, especially the rain guard, were also cheaper. Still, I didn’t want to take risks with chrome as I had a bad experience in my Creta with discoloration.

Why I chose the Carens?

I didn’t. My wife did. I didn’t like the way it looked; not sure I still do.

We went to buy the Sonet; I chose it as I felt it was value for money. She flipped the decision because a smart sales guy (whose 1st kid was delivered by my wife) showed her Carens, and she fell for it.

Why she liked it because of the SPACE and comfort. I am 6ft, and my kids, ten and sixteen years old, might beat my height:

Tried my best to convince her otherwise – took her to see:

There were other vehicles like Creta, Seltos, Grand Vitara, Hyryder, and Nexon – but these were compared against Sonet, and Sonet came out as a winner.

Why we went for MT instead of AT: It will be chauffeur driven 90% of the time and did not make sense to invest CAPEX (+Rs 100K) and mileage (- 2KM per litre).

Why we went for 7S: The middle row hand rest can be collapsed, effectively converting the middle row to a 2-seater. It’s not anyways for a comfortable 3-seater, but it could be used in case kids would like to lay down – one in 2nd and another one in 3rd.

Few snaps of delivery day and the cash out: