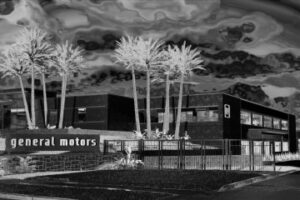 GM just dropped almost $50 million on eight acres of land with three buildings totaling almost 150,000 square feet in Northeast Pasadena that could be the launching pad for some pretty cool tech.

The land and existing buildings cost $50 mill, according to the City of Pasadena as reported in pasadenanow.com, but GM’s total investment will be $71 million “…to establish a new campus… for GM’s Advanced Design Center operations, a move that will substantially increase the center’s capacity and create more jobs in the area,” according to a GM release.

While not stating specific design projects, GM suggested the high-tech nature of the work that may be done there: “GM’s advanced design team focuses on developing concept and future mobility projects that fall outside the scope of existing production vehicle programs. Creating alternative mobility applications can reveal opportunities for transformative innovation and help influence future GM products and services, while exploring new growth opportunities for the company.”

GM then listed some, “…recent examples of innovation and design work linked to GM’s broader growth strategy include…” Those include:

That all sounds pretty cool. The people working inside won’t be drawing crossover utility vehicles till their eyes bleed.

The new digs will be getting a total makeover for a while and GM’s facility up the freeway in North Hollywood, called the North Hollywood Design Center, will remain open until the new Advanced Design Center is finished. The area around the new property is home to Aerovironment and other high-tech engineering companies. Not to mention being a short lunch-hour-walk from Trader Joe’s, Best Buy, Whole Foods and even Nordstrom Rack. And it’s conveniently positioned two blocks from a major Gold Line station, allowing potential recruits to commute from hipster enclaves in Old Town Pasadena and even Downtown L.A. and beyond. 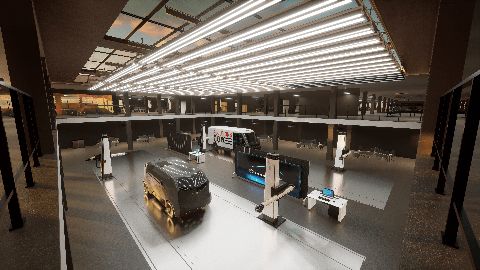 “Having a physical presence in Southern California’s technology epicenter is an integral part of our global design operations and this new innovation campus will not only expand our operations twofold, but offers access to the rich cultural diversity and talent in the region,” said Michael Simcoe, GM vice president of Global Design. “Our positioning will allow us to attract dynamic candidates in fields that will bolster GM’s proven design capabilities and challenge conventional thinking of what our future portfolio of connected products and services can encompass.”

The announcement of the Pasadena campus is part of GM Design’s broader global expansion, the company said. GM’s new Design West facility is currently under construction at the Global Technical Center in Warren, Michigan, and GM recently announced the expansion of the Advanced Design Center in Shanghai, China.

Now if you’ll excuse me, I have to summon my Cadillac VTOL…

Log in to the comments and sound off on the new GM design facility.