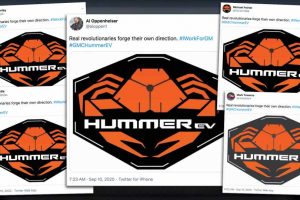 The revived Hummer EV still hasn’t debuted in its entirety, but General Motors has already let out a few key details. It’ll supposedly make 1,000 horsepower, have an Ultium battery and pack an oddly named feature called Crab Mode, amongst other hyperbolic specifics. That last bit was let out the bag in late July, though the automaker never elaborated on what it actually meant. It’s now September and we still don’t know, but on Thursday, multiple GM employees tweeted out a copy+paste message about forging “their own direction” with a crab-centric Hummer logo to boot.

If we had to guess, Crab Mode will enable the electric Hummer truck to turn ’round in place, perhaps steering with its rear wheels aiding in tight off-road situations. Rivian has shown off something similar before with its Tank Turn feature, though it’s too early to tell if the party tricks are exactly similar, especially since Tank Turn relies solely on power delivery and not four-wheel steering.

It’s probable that, like the Rivian, GMC’s Hummer will have an electric motor at each wheel. With some smart programming, these motors could theoretically operate independently from one another with a computer managing output at all four corners. Again, GM hasn’t clarified anything itself—these are just educated guesses. 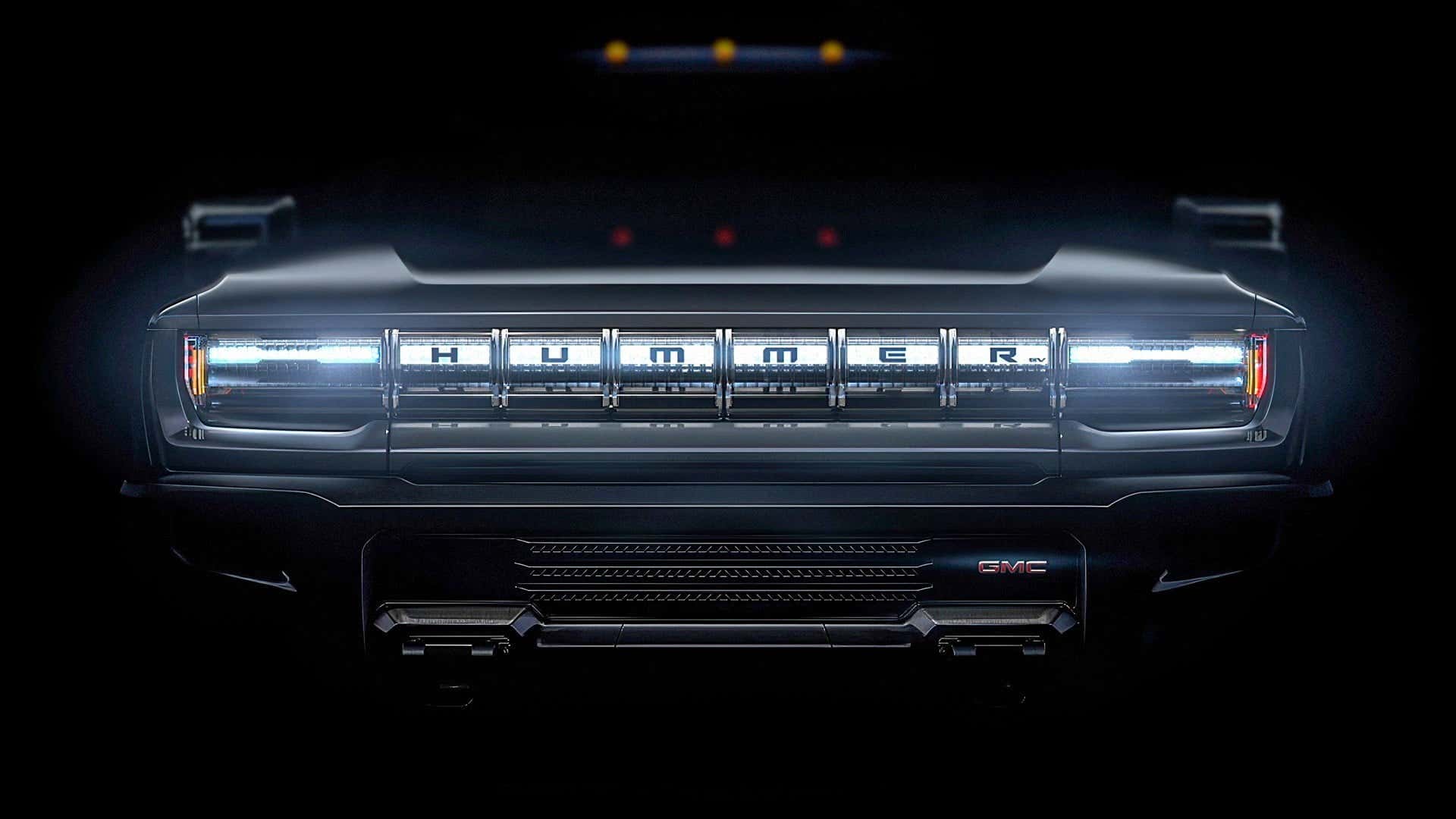 The team seems to be particularly proud of the Crab Mode achievement with members from several departments tweeting out the aforementioned message. Mark Traverso, a CAE engineer at GM, was one of many to share the statement along with full-size truck launch leader Alexander Marrero.

A previous Fox News Autos report made mention of another possible Crab Mode function that could involve the Hummer moving side to side, much like a crab walk. This could be useful when climbing and cresting obstacles, helping the truck take a better line for the most traction. It’s all pretty Sci-Fi at the moment but I’m eager to see it for myself. After all, these folks went to engineering school—I didn’t.

The Hummer EV launch was delayed due to coronavirus though it’s still expected to drop in the fall of 2020 with production starting late next year. In the meantime, we’ll keep dreaming about the truck that claims a three-second zero to 60 sprint with near-silent crawling abilities. Oh, and if those pop-out roof panels are as cool as they seem, then I’m all in.