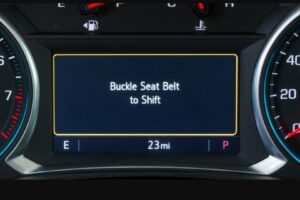 When teenagers are learning how to drive, all of the details they need to know can feel as confusing as a labyrinth. Until muscle memory takes over, they’re likely to forget something important, like buckling up. With that in mind, Chevrolet expanded its Teen Driver mode (a suite of features to keep kids safe behind the wheel) in 2019 to include a “Buckle to Drive” mode that won’t allow the driver to shift out of park unless the seat belt is properly buckled.

As reported by GM-Techlink.com, Buckle to Drive was introduced as a feature of Teen Driver on the 2020 Colorado, Traverse, Malibu, and Canyon; the 2021 Equinox; and the 2022 Blazer. Now it appears Buckle to Drive will be included as a standard feature on more 2022 SUVs and full-size trucks like the redesigned 2022 Chevy Silverado and GMC Sierra. GM-Trucks.com reported this would be rolled out even more expansively for 2023 models, in which the front passenger would be required to buckle up as well. 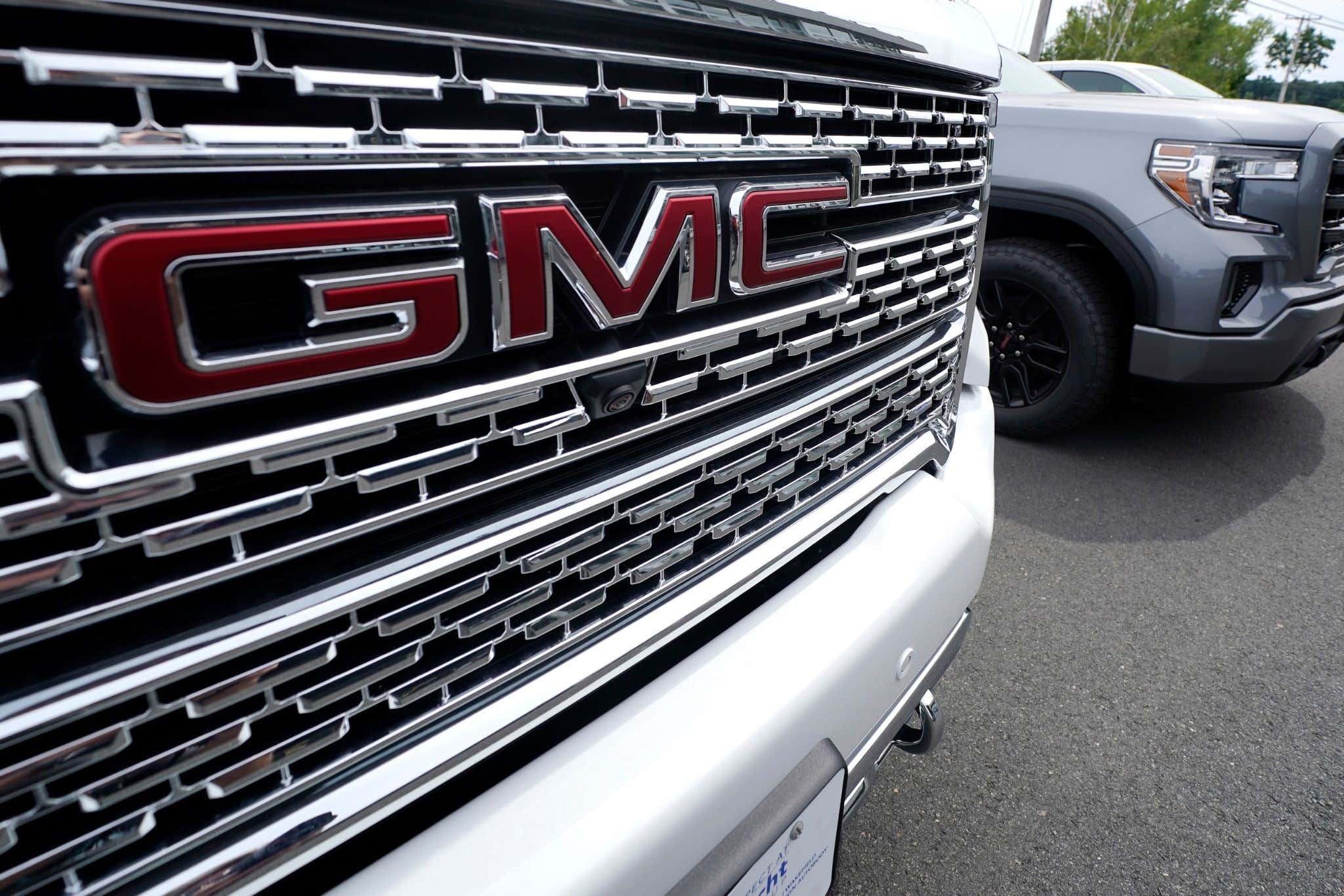 The National Highway Traffic Safety Administration says the national use rate of seat belts was at 90.3% in 2020. In the late 40s and early 50s, buyers started seeing cars with seat belts as options, and by the early 1970s, American car manufacturers were required to include seat belts in new vehicles. My own dad is testimony to the importance of seat belts; he was riding in a car at age 16 in 1959 without one when the driver crashed. Dad was ejected from the car and sustained life-changing injuries, like a rod in his femur and the amputation of his right arm.

Mandatory seatbelting has been a longtime dispute between consumers and the automotive industry. In 2009, the Detroit Bureau’s Mike Davis laid out the history of the seat belt interlock (the interconnectivity of seat belts and ignition systems) and why it struggled for purchase for several years.

“Frustrated and indignant citizens bombarded Congress to complain about the devices, and our representatives quickly passed a law outlawing the interlocks,” Davis reported. The NHTSA and safety advocates went back to the drawing board to figure out how to get more buy-in, and here we are several decades later. How GM buyers will feel about it still up for discussion. 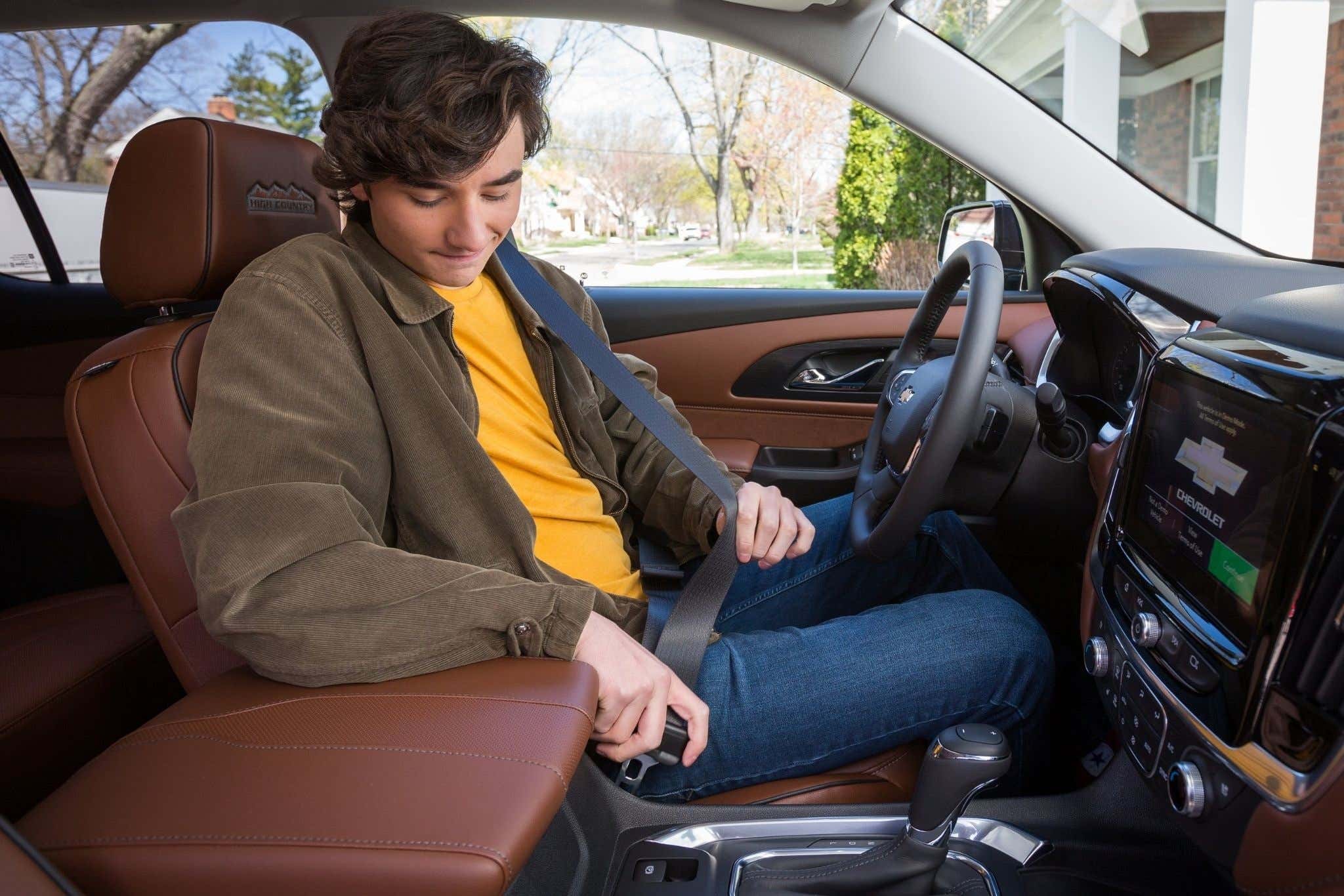 Before you start a letter-writing campaign to GM about overreach, however, you should know that there are multiple ways to disable Buckle to Drive. We’re sharing that with you not because we’re encouraging people to drive unbuckled, but because it’s an important point to understand. GM-Techlink.com laid out the instructions in detail: “Buckle to Drive can be turned off through the Settings menu on the infotainment screen; go to Settings > Vehicle > Buckle to Drive. On vehicles that include the feature as part of Teen Driver Mode, go to Settings > Vehicle > Teen Driver. The vehicle may need to be restarted to register the setting change.”

When we reached out to Chevrolet, a spokesperson responded that he could not confirm the information in the report released on Buckle to Drive’s integration into the 2022 Silverado and Sierra, nor could they comment further on speculations as to whether the feature would be standard or integrated as part of Teen Driver mode. He told us to stay tuned for more information, and we’ll share it with you as soon as we can.

Meanwhile, I like the idea of these illuminated seat belt buckles as a reminder. At the very least, they’ll make buckling up more fun for the kids and a visual prod to protect yourself and your passengers in a crash.