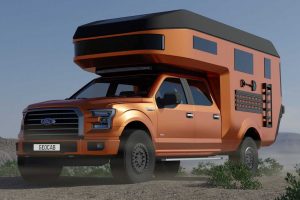 Conversions for everything from a Jeep Gladiator to a Ford F-350 are available.

If the name GEO-cab sounds familiar, you might be thinking of German-based GEHOCab, which we wrote about in August 2020. The companies are connected – GEO-cab is the San Diego-based distributor for GEHOCab, and we’re about to see some rather impressive camper conversions coming to the US for a wide range of pickup trucks and SUVs, including the upcoming Ford Bronco.

The Bronco and the Land Rover Defender were actually the focal points of our previous report, but the transition from Germany to the States calls for a transition in size as well. To that end, GEO-cab now offers a line of campers called Badger that install directly to the source vehicle. Depending on the Badger model you choose, that can be something as small as the aforementioned Bronco or a Jeep Gladiator. On the other end, large campers are available for full-size trucks like the F-Series, Ram, or Chevrolet Silverado. 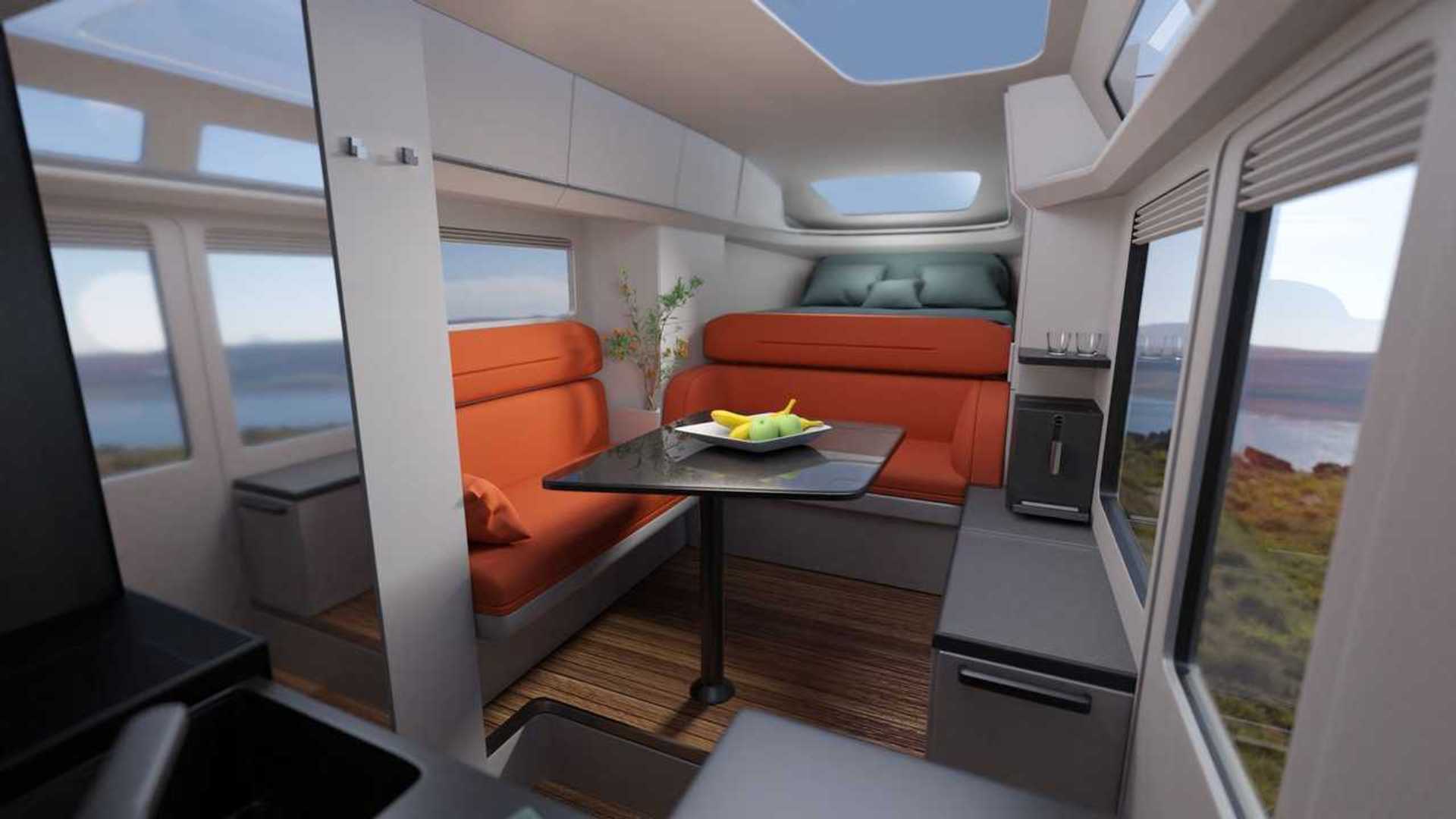 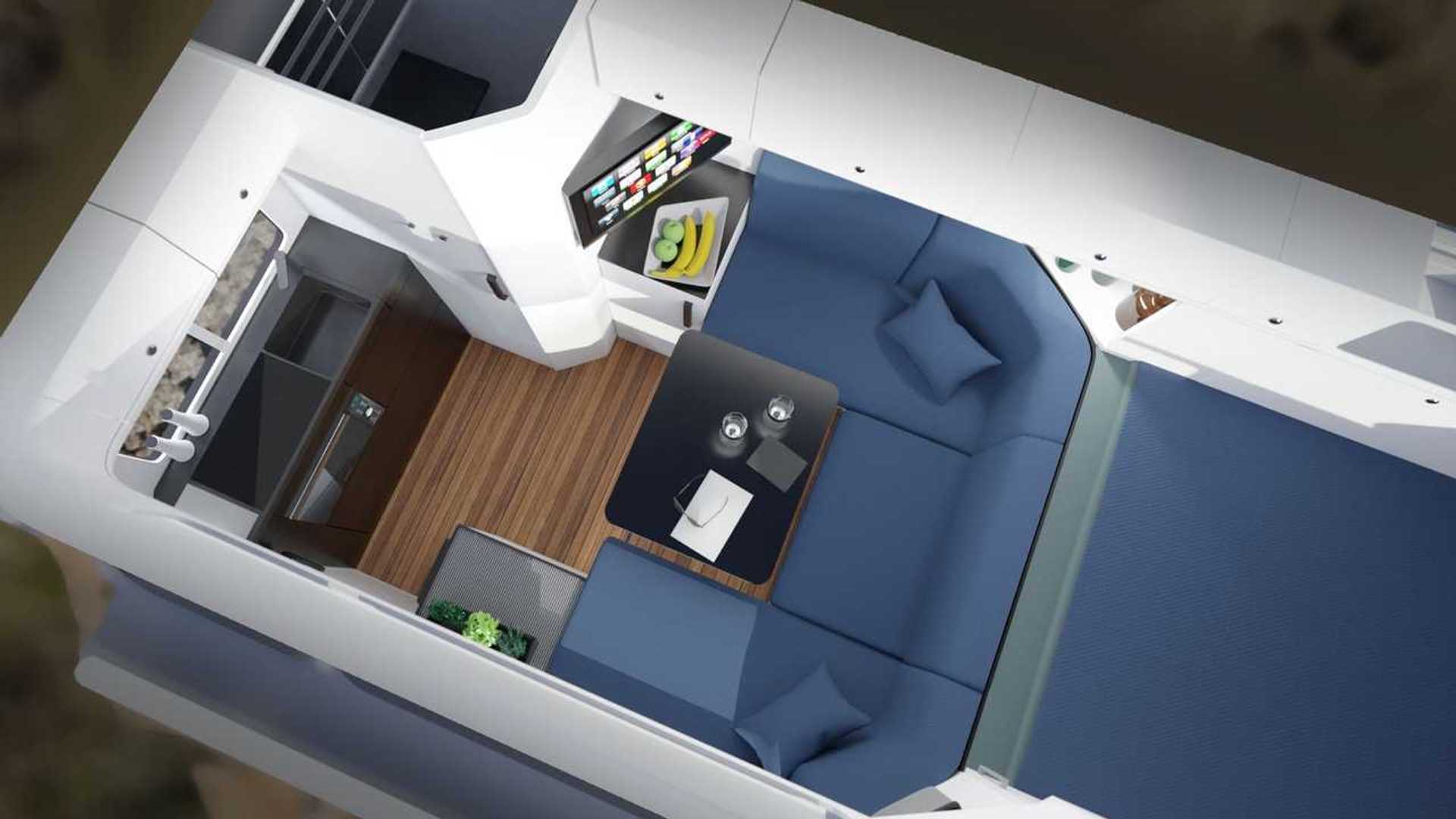 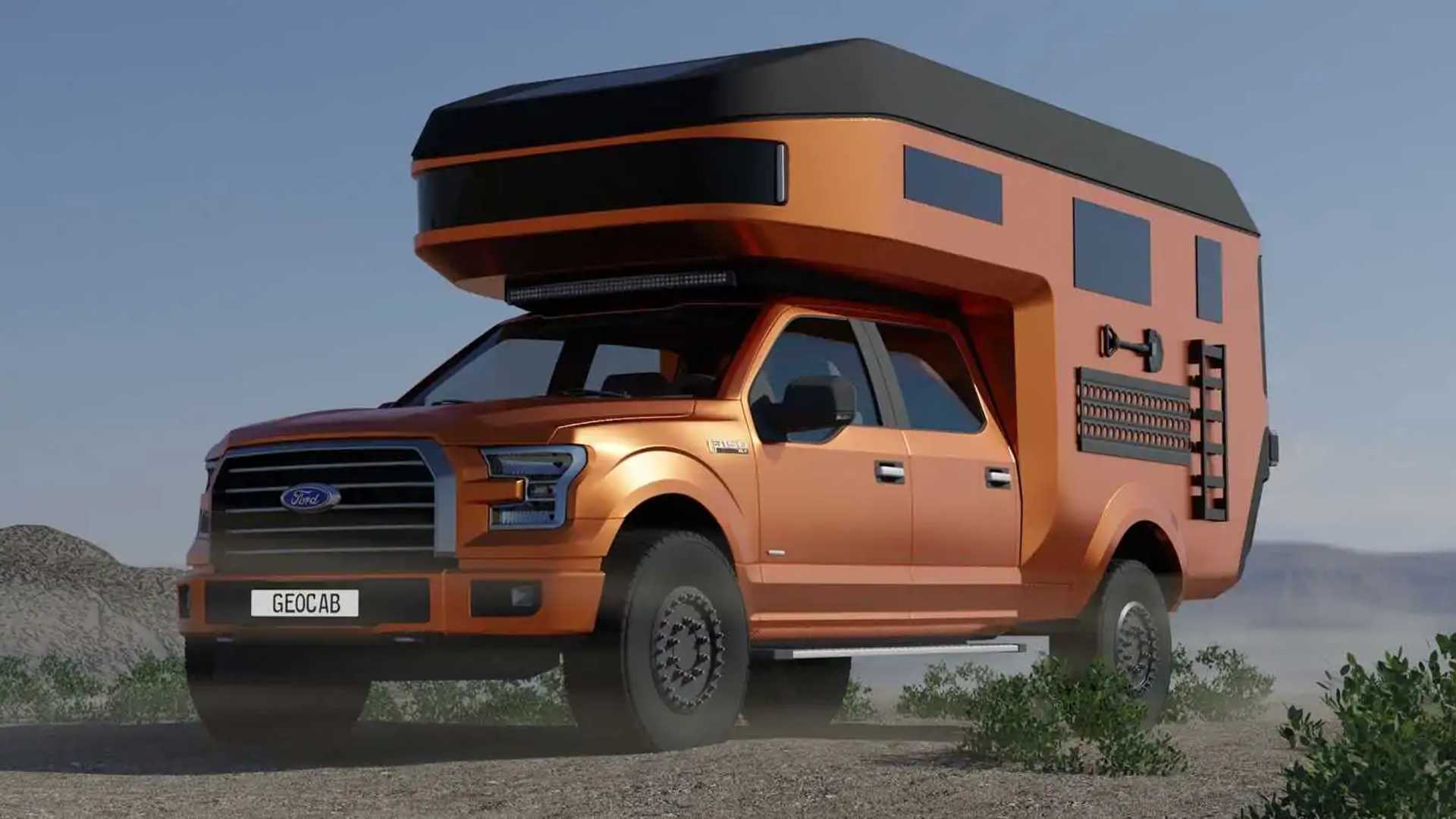 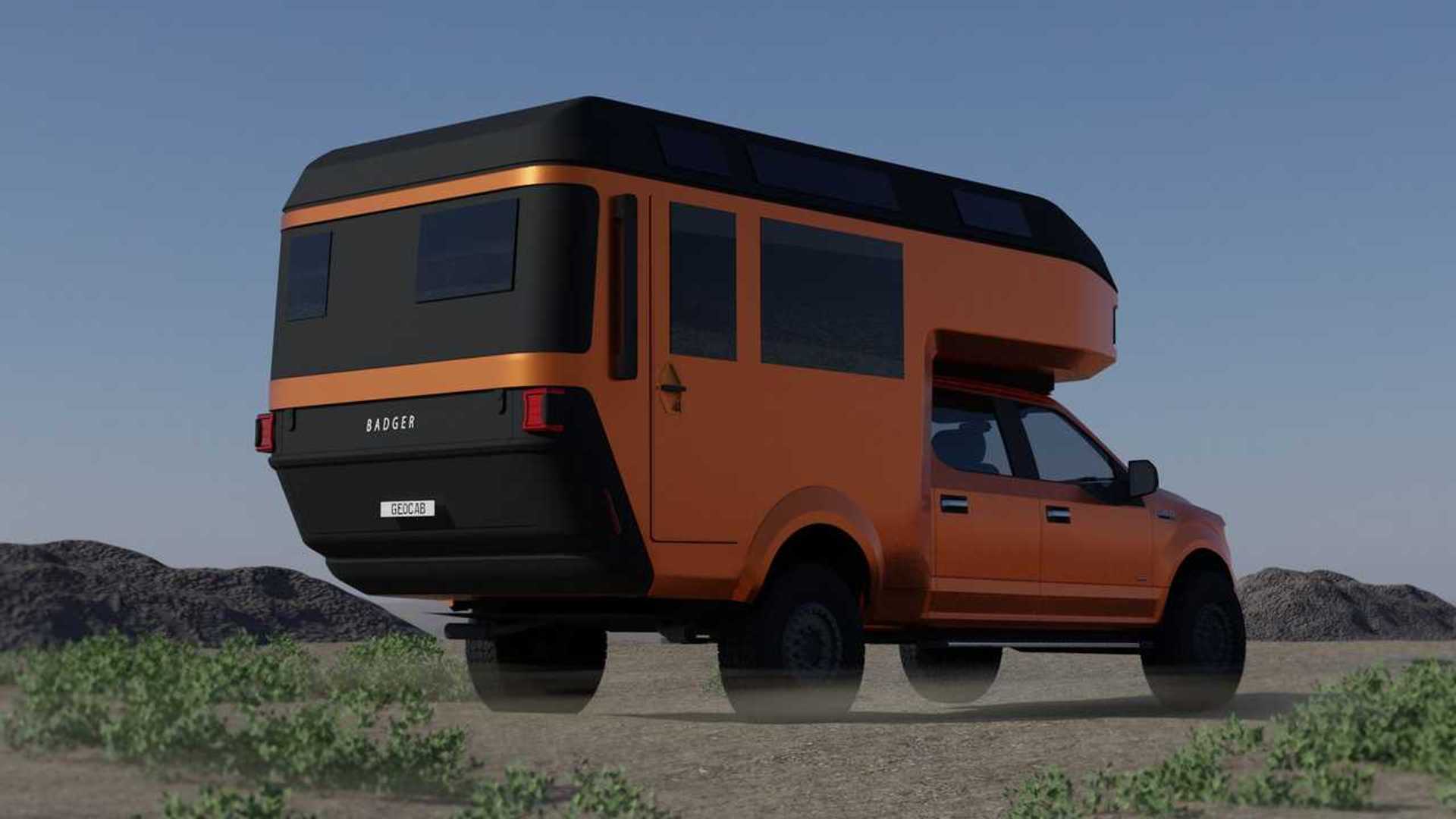 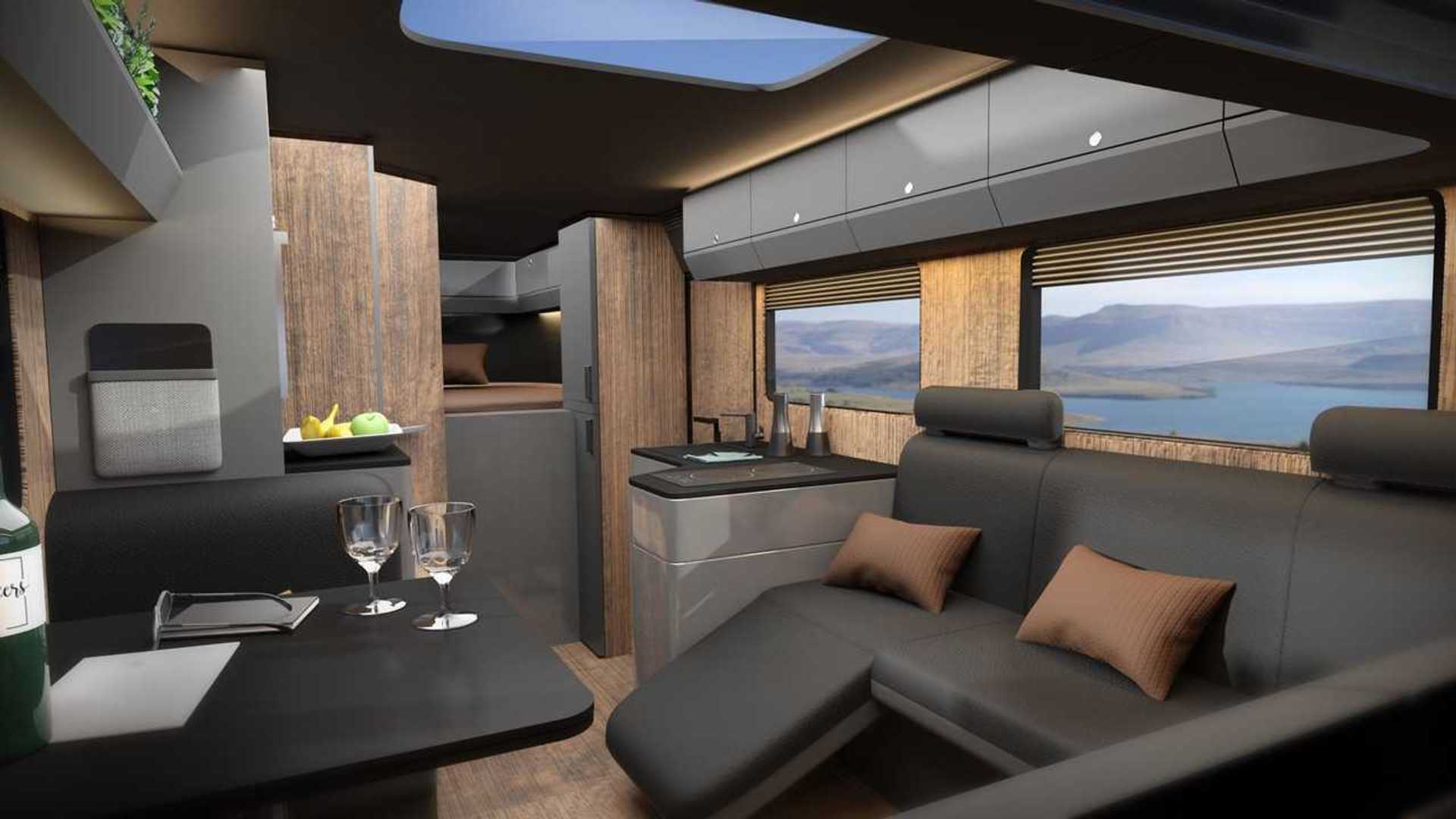 The smallest Badger is the ST. According to GEO-cab, it measures between 155.5 and 167.3 inches and offers a ceiling height of up to 78.7 inches. The layout includes sleeping accommodations for two with an extra sleeping area available, and despite the small size, a variable-size bathroom is part of the package. It’s designed for SUVs like the G-Class, though the slightly larger Badger LT is also available for the G (extended wheelbase) as well as the Jeep Gladiator and older Land Rover Defenders. It offers the same ceiling height while being a bit longer, and it can sleep a total of four people.

The larger campers start with the Badger LR, stretching to 190.9 inches with a slightly lower ceiling at 76.8 inches. It also offers a variable-sized bathroom with the same two-plus-two sleeping as the LT, and it’s designed for midsize trucks like the Toyota Tacoma, Nissan Frontier, and the Ford Ranger, though GEO-cab’s website says this model is still in development for North America. The range-topping Badger XT is the largest of the bunch with space to sleep five, an 84.6-inch ceiling, a length of up to 236.2 inches, and a fixed bathroom.

Thanks to prolific carbon fiber construction inside and out, the campers don’t add a significant amount of mass to their donor vehicles. The range stretches from a dry finished weight of 1,014 pounds for the Badger ST to 1,653 pounds with the Badger XT. All campers feature a cabover alcove with fixed sleeping, a kitchen, a bathroom, and large windows to enjoy the scenery. The Badgers also feature a unique fiberglass furniture design where components are actually laminated into the camper instead of bolted, and yes, carbon fiber can be used in place of fiberglass should you desire.

Speaking to Motor1.com, GEO-cab CEO Gerhard Oertelt explained the extremely customized nature of the campers. The company works closely with customers on the design, creating a rendering of the final product before production begins. Construction takes place in Germany and Oertelt said there is currently a wait time of approximately nine months from order to delivery, Production is slated to begin in August.

Pricing starts at approximately $130,000 and can stretch above $200,000, which isn’t bad considering the carbon fiber content and level of customization. That doesn’t include the donor vehicle, and GEO-cab would handle the installation for most US vehicles.