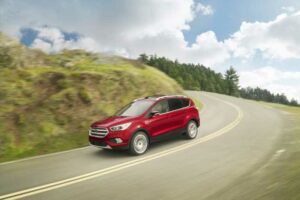 Ford will be recalling 2,952,968 vehicles for a shifter issue that could slip a car out of Park, and let the vehicle roll away without the driver’s knowledge, the NHTSA disclosed Wednesday.

A damaged or missing bushing that attaches the shift cable to the transmission may degrade or detach, Ford revealed in documents filed to the NHTSA. The damaged bushing could prevent the shifter from shifting the transmission into the intended gear. The shifter may indicate the vehicle is in Park, for instance, even though the transmission is not in Park. There’s no audible or visual warning indicating the issue to the driver. If the driver doesn’t activate the parking brake, the car can roll away.

Ford suspects heat and humidity contributed to the cause and the subsequent sweeping recall. The driver may notice the gear position displayed in the instrument cluster does not match the actual gear on the shifter. Another indicator of the problem is if they shift to an intended gear and the transmission doesn’t react as expected. If the car is off, and the owner tries to start it, the affected vehicle won’t start if the gear is not in Park, regardless of what the shift position suggests.

Ford has identified 1,630 warranty claims from owners for the issue, as well as 233 complaints filed to the NHTSA. Ford is aware of at least six instances of property damage and four claims of injury related to the issue.

Owners will be notified by mail as early as June 27 to take their cars into a Ford or Lincoln dealer service center and have the bushing replaced and a protective cap installed at no cost. Those who have paid to have the problem fixed previously will be reimbursed. Owners can call Ford customer service at 1-866-436-7332 or visit Ford’s recall page.