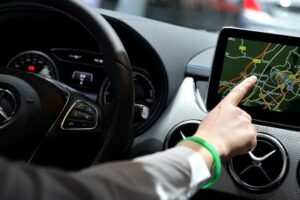 Besides being a nuisance most of the time, pop-up ads could also prove to be a hazard.

Pop-up ads can often be annoying. But, soon the infotainment system in your car will be able to display advertisements while on the go.

Ford has filed a patent for a new system that detects roadside billboards and displays them via the infotainment system. It uses an onboard camera that detects the billboard and other details like website links and phone numbers provided on it. The system then displays a pop-up notification on the infotainment screen. The user can click it to access the captured information.

By partnering with advertising agencies, the system could be configured to display ads even before the camera detects the billboard. This could be useful when a user is looking for a specific service like a restaurant, hospital, or fuel station.

It is said that users might have to pay a premium to disable this service. This could be in the form of a pop-up ads-free package offered at the time of vehicle purchase.

As such, modern infotainment systems are distracting. Besides being a nuisance most of the time, pop-up ads could also prove to be a hazard. However, such a system might work in autonomous cars of the future.