Flex fuel-powered Toyota to be unveiled on September 28 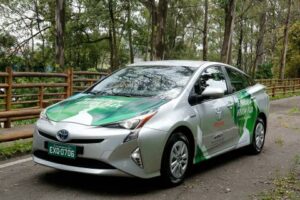 The government of India has been promoting flex-fuel engines to reduce vehicular emissions.

Nitin Gadkari, Union Minister for Road Transport & Highways, has stated that Toyota’s flex fuel-powered car will be unveiled in India on September 28, 2022.

Gadkari was speaking during the 62nd annual session of the Automotive Component Manufacturers Association (ACMA). The minister did not specify which model, but he did confirm that the flex fuel-powered car will be part of a pilot project.

Flex fuel engines are specially tuned internal combustion engines that can run on a blend of petrol and ethanol or methanol. They can also run on 100% ethanol.