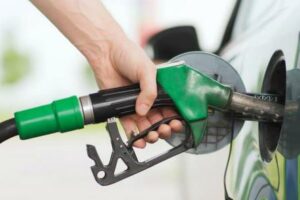 During this period, I refilled my VW Taigun 17 times & faced 3 instances when the fuel nozzle was defective & did not cut off the supply automatically.

BHPian asmr recently shared this with other enthusiasts.

In the last 10 months / 17 refills of my Taigun’s petrol tank, I have faced exactly 3 instances when the pump nozzle was defective and it did not execute an auto-cutoff. In all cases, there was some spillage of petrol, obviously.

When I visit the pumps for a refill, I make it a point to ask and confirm with the attendant folks whether the auto-cutoff in the nozzle is functional or not. Yet the cutoff didn’t work on 3 instances where they confirmed in the affirmative and I was left arguing with the attendants as to why they said otherwise + why would I have to pay for the spillage. To no avail, of course.

So, a few questions

Here’s what BHPian CarNerd had to say about the matter:

Why do you want to fill the tank to the brim? Just find out your car’s tank capacity and fill around 5 – 10 litres less. Overfilling is a bad idea. I found a video that explains it.

Here’s what BHPian narayans80 had to say about the matter:

Not cutting off at auto-cutoff is new. While I usually top-up, I’ve always seen the dispenser cutting off every time, petrol or diesel.

Do you supervise your car’s fuelling? Does the pump attendant lock the dispenser or manually presses and fills like in the case of 2-wheelers?

Extension of the above question, does the dispenser is also used to fill 2-wheelers?

As a general rule of thumb, never experiment with pumps. Stick to one or two at most and always supervise refueling regardless.

Here’s what BHPian cs_rajesh had to say about the matter:

I have faced this in certain pumps and when I enquired with the pump attendant, he said that certain kinds of “Indian make” fuel dispensers fail to “auto cut off” especially when the attendant is setting the fuel filling on 1st step (that fills the fuel in slow speed). If the same fuel dispenser is set to the 2nd step or 3rd step which dispenses fuel at higher speeds, then the “auto cut off” works.

By step, I mean the point where you fix the fuel dispensing or discharge flow speed.

This problem is not seen in pumps that use a “foreign make” fuel dispenser, such as what you find in Shell Fuel pumps.