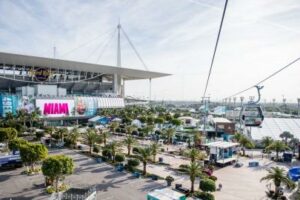 The inaugural Miami Grand Prix will be held between May 7th – 9th.

Formula 1 will be heading to Miami, USA, for the first time next month. However, ahead of the inaugural Grand Prix some residents of Miami Gardens had recently filed a lawsuit over concerns about the noise levels associated with the upcoming race weekend. According to reports, the residents are complaining that the high noise levels from the Grand Prix could lead to hearing damage.

However, a Miami judge has denied the lawsuit and allowed the 2022 Formula 1 Miami Grand Prix to go ahead as scheduled. The judge stated that the evidence presented by the plaintiffs is “speculative” and that those concerned about the noise should stay indoors and / or wear earplugs.

The judge has ordered Grand Prix officials to take decibel-level measurements throughout the weekend. Some of these measurements will also be taken away from the race circuit – at a distance equal to that of the homes of some of the residents filing the lawsuit. This will allow the courts to access the exact noise levels and take a decision post the race weekend.

The inaugural Miami Grand Prix will be held between May 7th – 9th. The Miami GP is the second F1 race to be held in USA, following the GP at the Circuit of the Americas. The race will be held in the Hard Rock Stadium complex, on a 19-turn 5.41 km circuit covering 57 laps.