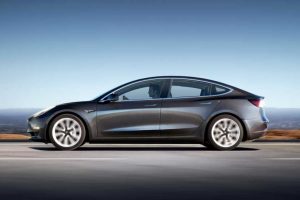 A European assessment of driver assistance features put Tesla’s Autopilot system on blast for its poor ability to keep drivers focused on the road, reports Reuters.

The European New Car Assessment Program (NCAP) teamed up with U.K. insurance group Thatcham Research to rank ten different driver assistance systems that automate some driving inputs, including braking, steering and accelerating. Of the ten, which included systems from Volkswagen, BMW, Ford, Renault and others, Autopilot (as tested in a Tesla Model 3) only ranked sixth despite scoring the highest for both the system’s performance as well as its ability to respond to emergency situations.

The reason? Researchers found that Autopilot didn’t do enough to keep drivers focused on the actual task at hand: driving. Tesla received the lowest score for driver engagement by far out of any of the systems tested, getting a 36, compared to the next-lowest system on the Renault Clio, which scored a 69. Autopilot was the only one to be denoted in the findings as a system that “limits co-operative driving,” whereas every other system tested was labelled as “promotes co-operative driving.”

Meanwhile, Tesla’s scores for vehicle assistance and safety backup were 87 and 95, respectively. When the system doesn’t need you to step in, it’s very good. However, there are no actual self-driving cars on the road today, and they still need you to watch for things that the car can’t see, respond to or process correctly. That’s why driver focus was such an important part of these rankings.

This gave Autopilot a score of 131, earning it just a “moderate” rating in the assessment. The highest-scoring system across all three categories was the Mercedes-Benz GLE’s Active Distance Assist Distronic with Active Steering Assist. The Merc received a score of 85 when it came to keeping its drivers engaged. The systems in the GLE, BMW 3-Series and Audi Q8 all received “very good” ratings in the assessment, whereas those in the Renault Clio and Peugeot 2008 only received the lowest overall rating of “entry.” (I suppose that’s meant to indicate entry-level systems that don’t take over too much of the work of driving.)

As Reuters notes, Autopilot’s name doesn’t help. Merc’s name for the system in GLE is such a noun soup that I would just expect it to act like a high-powered cruise control/collision avoidance combo. Meanwhile, both safety and insurance groups have frequently spoken out against the false confidence instilled by names like Nissan’s ProPilot, Ford’s Co-Pilot and Tesla’s Autopilot (or worse, the “Full-Self Driving” moniker for Tesla’s latest suite of assists).

“Unfortunately, there are motorists that believe they can purchase a self-driving car today. This is a dangerous misconception that sees too much control handed to vehicles that are not ready to cope with all situations,” said Euro NCAP board member and research director at Thatcham Research Matthew Avery, as quoted by Reuters.

You can view the full Euro NCAP/Thatcham Research findings here.